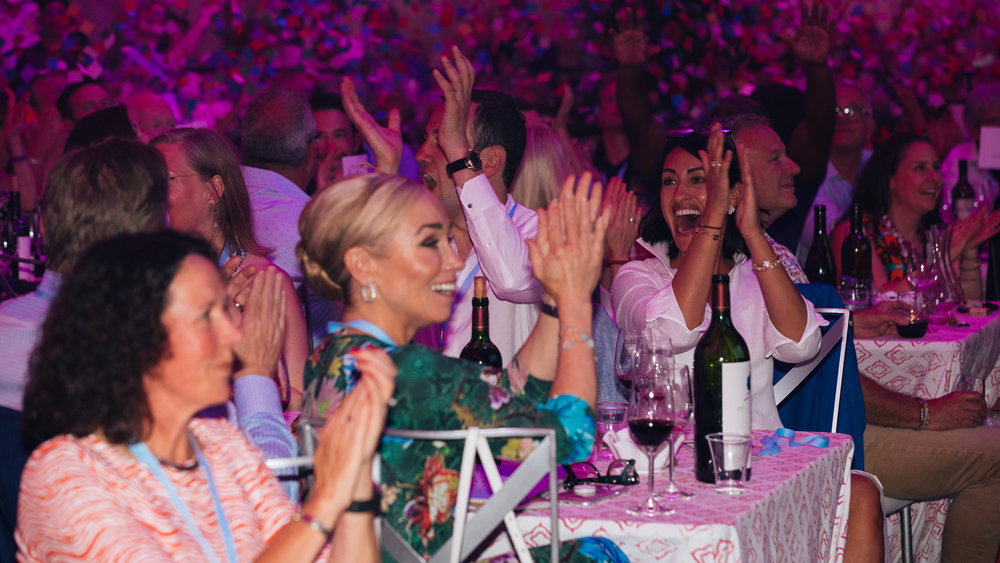 In 2020, the big-top tents filled with oenophiles, bidding wars, breathless auctioneers and the thrill of winning a coveted lot seems to have gone away. This year’s charity wine auctions up and down the West Coast have been imperiled in the face of Covid-19. The first to go dark was Auction Napa Valley, where a big top overtakes the grounds of Meadowood Resort in June. In 2019 it was spirited affair that had Katy Perry as an opening act to get bidders excited to open their wallets. In 2020, crickets.

But it’s hard not to think that this year is as good as any to have these charity auctions. The normal beneficiaries—organizations supporting children, healthcare, education and more—are in dire need of proceeds to weather the crisis. And, let’s be honest, we’ve all been dipping into the cellar a little bit more during shelter-in-place. It couldn’t hurt to replenish our collection with the kind of high-caliber bottles these auctions offer up. Will these win-win opportunities just go away?

In quick succession, the West Coast’s largest auctions that normally follow Napa’s committed to going virtual. This year you can bid on equally enviable lots (insider wine trips, wine collections from unicorn producers and the chance to bypass their years-long membership waiting lists) from your own living room instead of a tent. The spectacle itself hasn’t been jettisoned either—there will be celebrity entertainers and barking auctioneers. In many cases, wines can be procured ahead of time to enjoy en masse, albeit virtually, with your fellow bidders. The show will go on; it will just be live-streamed into your home.

And they’re calling on collectors everywhere to log on and bid high to benefit their worthy causes—even going so far as to offer tech support to those who needed it. Below we offer a preview of what each of the upcoming major auctions have in store and how you can participate.

Now in its seventh year, WineaPAWlooza has raised $6.2 million to date.

The event: With masters of ceremonies Fritz Hatton and Vanessa Conlin, the auction and virtual bidding will broadcast live from Napa Valley’s Meadowood Resort. The show—produced by Jason Wise of SOMM TV—will include the popular Pet Parade, and honorary chairs are vineyard legend Andy Beckstoffer and his wife Betty.

Lot to watch: No. 8 features three double magnums of Screaming Eagle (1995, 1996 and 1997) straight from founder Jeannie Phillips’ cellar. “It doesn’t get any better than 1997 Cabernet Sauvignon, a perfect wine,” Robert Parker has declared.

Registration: Simple access is free, with “Pawlooza in Place” packages (including wines, gift certificates to Napa Valley restaurants, and post-event offers from participating wineries) from $250 to $5,000.

Since it was launched in 1999, the V Foundation Wine Celebration has raised more than $115 million for V Foundation for Cancer Research programs. The foundation itself was formed in 1993 by ESPN and the late Jim Valvano, legendary North Carolina State University basketball coach and ESPN commentator.

Lot to watch: You’ll have the chance to bid on a trip to the ESPYS in Las Vegas with Beth Nickel, that includes red carpet passes and an invite to the celeb- and athlete-filled post party. Also in that same lot are tickets to one of sports’ biggest rivalries: Duke vs. UNC at Cameron Indoor Arena.

Registration: Starts at $1,500 (good for one household), with 100 percent of proceeds going to this year’s Fund a Need supporting the V Scholarship Grant program.

They’ll be bidding from their couch this year.  Photo: courtesy Auction of Washington Wine

Ranked in the top-five charity wine auctions nationally, Auction of Washington Wines has been going strong for 33 years, having raised more than $50 million in that time.

The event: The Virtual Gala will be hosted by honorary chair Karen MacNeil and auctioneers David Silverman and Fred Northup, Jr. The entertainment will be revealed during the pre-event festivities.

Lot to watch: You have the chance to nab 3-liter bottles of Cayuse along with exclusive access to three Christophe Baron membership lists. That’s no small prize. Cayuse Vineyards has a wait time of nearly 10 years to join its list, and sister wineries Horsepower Vineyards and No Girls Wine nearly five.

Add on: The “Gala in a Box” offers appetizers and dinner from chefs John Howie and Lisa Dupar, accompanied by a bottle of Domaine Ste. Michelle bubbly, available for delivery or pickup to patrons in the greater Seattle area.

The Sonoma County Wine Auction, rebranded in 2017 from earlier iterations, has raised more than $36 million, including $6.1 million last year.

Lots to watch: Auction lots will be announced in August.

Beneficiaries: A broad coalition of community organizations in literacy, education, health and human services, the environment, and arts and culture.

Registration: Available soon, along with Celebrate from Home packages.