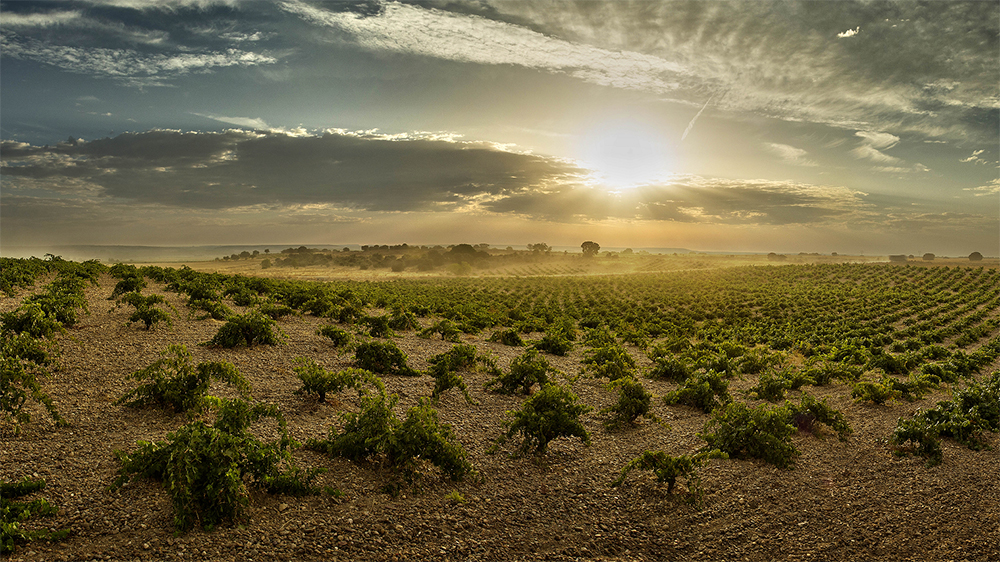 When Christopher Columbus was stocking his ships for his legendary late-1400s voyages from the coast of Spain, he made a brilliant wine choice. Old documents suggest that the red that went onboard was from Toro, a small region in the west of the country, tucked between Rueda and Portugal. His reasoning? The wine could survive a long, battering voyage. Modern connoisseurs will read this more accurately as immensely powerful, tannic wine. Or, as Lucas Löwi, estate director of Bodega Numanthia, puts it, “big and rude.”

There have been vineyards in the Toro area since Roman times, and planted as they are on sandy soils, the vines here escaped the wave of phylloxera that ravaged European vineyards in the late 1800s. The upshot is that many of the oldest vineyards haven’t been grafted to rootstock; they remain on their original roots. For the last 20 years or so, winemakers have begun taming the fruit from those vineyards—specifically the Tinta de Toro clone of Tempranillo—with promising results.

Enter LVMH (as the French luxury goods company is wont to do when an adventurous wine project presents itself). In 2008, the firm acquired Bodega Numanthia, with the goal of refining the management of the scattered blocks of ancient vineyards it controls, as well as the making of Tinta de Toro, in this extreme climate that Löwi describes as “nine months of winter and three months of hell.”

Without irrigation in this dry place, the roots of the widely spaced vines in those vineyards run incredibly deep. Numanthia retains the oldest blocks of all—some up to 150 years—for its top-tier Termanthia bottling, green-pruning to some of the lowest yields in the world, for concentration and density. That’s despite the inherent color and power Tinta de Toro has from a high skin-to-juice ratio.

The challenge, according to Löwi, is to dominate that power, to select the best grapes rigorously in the vineyard and winery, and extract very gently with a cold maceration before fermentation, to retain the wine’s freshness. Still, says Löwi, on release three years after its vintage, the wine was still too young. “We wanted to arrive in the market with a bottle that was ready to drink now.” And in experimenting with bottle age, they found that with a few more years, the wine combines power and elegance, “seducing in the nose, but then giving pleasure in the mouth.”

In 2019, then, Bodega Numanthia is radically changing the release schedule of Termanthia. It’s the 2011 that will be coming to market in a few months ($250). “I taste a lot—enjoy lots of regions,” says Löwi. “And I haven’t found a union like this of power with softness, texture, and elegance.” And indeed, with its intense and heady aromas and dark-fruit flavors and earthy complexity, the 2011 is fresh and balanced. You sense, more than overtly taste, its power (and aging potential) underneath.

Holding back wines for seven to eight years might be a business disaster for smaller producers. But LVMH takes its patrimony seriously and is willing to invest. It’s a go-for-broke spirit that makes you suspect that if Columbus was shopping his voyages around today, the company just might sign on as sponsor.