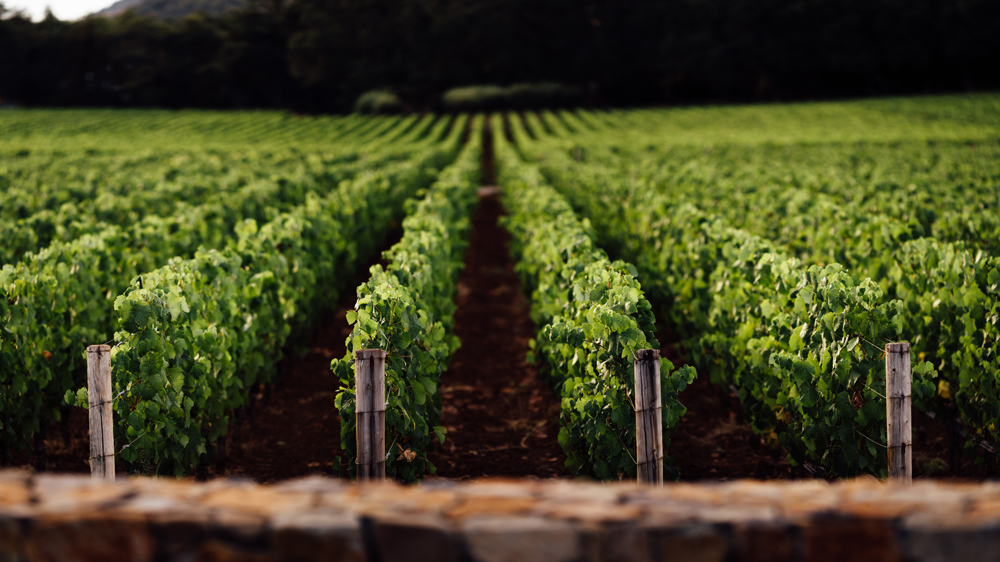 Last year, Napa Valley lost Leslie Rudd, a beloved figure and an anchor in the wine industry. Founder and proprietor of his eponymous Oakville wine estate on Oakville Cross Road’s “Golden Mile” (surrounded by luminaries like Screaming Eagle and Dalla Valle), Rudd was a mighty but gentle force in defining what a “First Growth” Napa wine estate should be: a producer of the finest wine possible each year from one of the AVA’s great vineyards, surrounding the winery itself. A place the winery’s best customers would want to come to for an experience akin to a visit to a great Bordeaux château.

Of course, the winery was only the tip of the proverbial iceberg when it came to Rudd’s holdings, which included, foremost, a Kansas-based liquor-import business founded by his father, the San Francisco–based 209 Gin, material partnerships in other wine businesses, Press restaurant in St. Helena, and, at various times, Dean & DeLuca gourmet markets and the beloved Oakville Grocery stores. But his Oakville vineyards and winery lay at the heart of his matters.

At a time when family successions in the wine business are extremely varied (and sometimes troubled), a question mark inevitably hung over the transition of the estate from the elder Rudd to his daughter, Samantha, now 31. But a recent visit erased the questions quickly. The younger Rudd is building on her father’s expertise regarding first-growth potential, and with full gratitude for what he accomplished on the property, she is subtly shifting processes and priorities with her own vision.

To be sure, Samantha Rudd prepared for this. During years away from the estate, she worked in top houses stateside and in Bordeaux, including Spottswoode and Château Margaux. Back at Rudd Estate since 2015, she has been influencing directions for several years now. For starters, as the vintner she’s committed to be present, with boots on the ground, and intricately familiar with the vagaries and needs of each season. (Leslie relied on his people a little more, spending extended time away.) Beyond that, as Samantha shows us the grounds, the vineyards, the winery (dubbed the “workshop”), and the new wines themselves, an amalgam of the two Rudds emerges, with exciting prospects for the future.

We circle a new lake that was Leslie’s idea. Samantha grins, describing how her father sprung the fully baked plan on them (as he was wont to do), obliterating what had been an employee parking lot. No one who knew Leslie would be shocked that a scenic body of water took precedence over the logistics of where the employees would park. But the new boathouse on the tiny lake, a “greenhouse,” a new outdoor kitchen, and event space will enhance members’ experience here in all-new ways.

On the wine-growing side, talent has been brought in house (until recently, the well-known viticulturist David Abreu tended the vines), overseen by winegrower and maker Frederick Ammons and vineyard manager Macy Stubstad. And with much replanting in progress, emphasis is turning to organic farming. In the winery, the optics are incongruous. Small, first-of-their kind, alternately inverted steel tanks from France allow caps to be treated differently among varieties and lots. At the same time, old-school-looking concrete tanks are being matched to specific lots from the vineyard as well. These were poured in place in time for the 2014 vintage, in the old rock-concrete tradition, from 60 tons off the property. Ammons (formerly with Bill Harlan at The Napa Valley Reserve) says that the know-how for the craft has largely been lost, so they brought in a mason from Pétrus to get it done.

There’s incongruity, too, in the caves below, with both edgy and ancient tools. Beyond perfectly red-stained barrels, concrete eggs sit cheek-by-jowl with terra-cotta amphorae from Florence. (A fermentation lock burping carbon dioxide from a giant clay vessel bends the mind.)

All of this, according to Ammons and Rudd, is in the cause of making the most of what their land gives them every year. They’re not trying to deliver a rigidly consistent estate character, or reflect the moving target of Napa Valley style expectations. “Chasing trends is a bigger risk than going with what the land gives you. It’s dangerous to slip into fashion,” says Ammons. And with the 2014 vintage, they broke from “corrective winemaking” in favor of letting the vintage show itself.

The 2014 Rudd Oakville Estate Red ($250)—the first vintage benefitting from the redone “workshop”—is beautiful. An aromatic intensity delivers cassis, blackberry, and mocha along with earthy minerality, espresso, warm spice, and florals. This is an “iceberg wine,” as Ammons puts it, revealing layers as it opens. Superbly balanced with fresh acidity throughout, it’s wrapped in elegant tannins.

The 2014 Rudd Oakville Estate Samantha’s Cabernet Sauvignon ($175) was a bit of a hard-won honor, according to Samantha. In earlier family meetings, there was resistance to tying a wine to the scion. On her return to the winery, though, Leslie presented the label to her. Bright, briary fruit—berry and plum—meets you up-front. This wine is somewhat easier to understand, less complicated and from younger vines, yet with layers of mint, cedar, and what the French call garigue (a sort of wild-shrub quality).

The third wine in the core Rudd lineup, the 2016 Mount Veeder Estate Sauvignon Blanc ($80), is a textural beauty. Bright citrus gives way to complex layers of exotic florals, hints of stone fruit, and slightly savory forest notes on the finish.

In the next couple of months, the younger Rudd is launching a new pair of wines, an Oakville Cabernet and a Sauvignon Blanc under the Crossroads label ($80 and $30, respectively), backing a commitment she has to estate transparency in contrast to the occasional smoke-and-mirrors of Napa Valley’s top-tier wines. Crossroads is a true second label for Rudd, offered openly and with no apologies. No hush-hush about declassified estate fruit being sold on the bulk market to protect the reputation of the top wine. No contrived scarcity to boost “cult” prices. These wines will allow Rudd to use all of the fruit from her vineyards, with each tier priced fairly according to the value of the land and the cost of top-notch farming and winemaking. Rudd aims to shatter the artificial mystique she feels can be a barrier between real people and the honestly great wines of the valley.