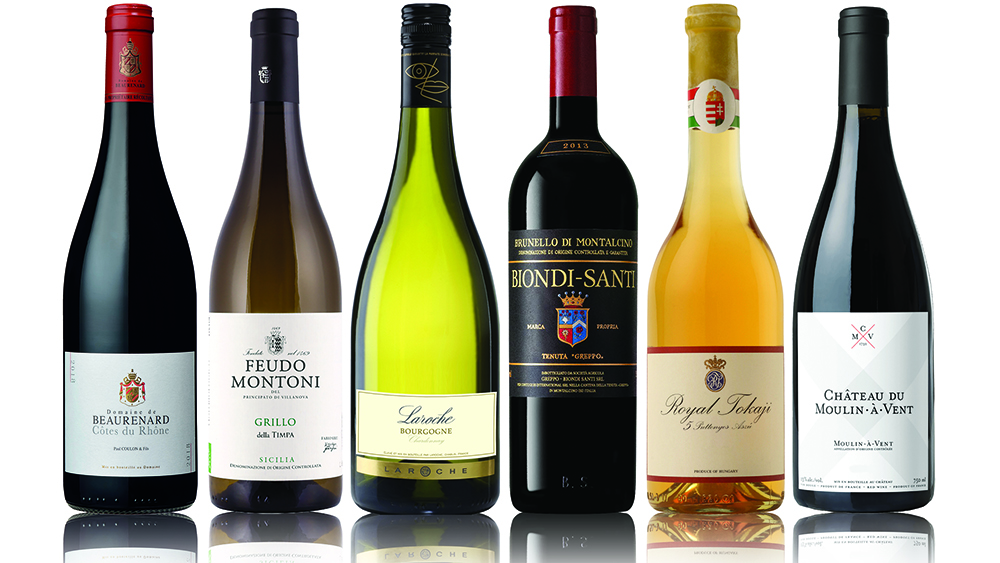 The news, as it trickled out last week, was by turns promising, confusing, and in the end, maddeningly inconclusive. The wine industry and collectors alike were holding their breath over anticipated word about whether the Trump administration would, in fact, impose punishing 100 percent tariffs it had dangled over all European wines (along with other goods like cheese and luxury handbags). Would the price of a bottle of Domaine de la Romanée-Conti La Tâche jump from $4,500, say, to $9,000?

To be clear, not one, but two threats were on the table from our side of the pond. The first was a response to a Digital Services Tax France had imposed on the revenues of large tech companies doing business there—Google, Facebook, Apple, Amazon. The tariff threat in this case was 100 percent on French sparkling wine plus other iconic goods.

The second wine-tariff threat was a continuation of a dispute about EU subsidies to its plane manufacturer Airbus, which the World Trade Organization last year deemed illegal and unfair to companies like Boeing. Over this issue, the US had earlier imposed a 25 percent tariff on European wines, in a selective way. Sparkling wines were exempt, Italian wines were exempt (apparently no bad Airbus behavior there), and seemingly randomly, wines over 14 percent alcohol were untouched. The new levy on the table extended that 25 to 100 percent—on all European wines (Italian included), no matter the alcohol level.

That gets your attention, as they say. And the turn of events last week had all the trappings of international intrigue and elite watering-hole negotiations. French President Emmanuel Macron, on Monday (January 20), tweeted (it appears that roiling things up by tweet isn’t the exclusive territory of our own President) that he and President Trump had spoken, and he was confident there would be no imminent tariff escalation. Trump confirmed the productive conversation (by tweet, of course)—“excellent,” he called it. Macron further indicated that the tariffs had been put on hold through the rest of this year, to give negotiations time. But, of course, Macron could only speak for France; the White House wasn’t commenting for the time being. So hopes were pinned on conversations between French Finance Minister Bruno Le Maire and our own Treasury Secretary Steve Mnuchin, both of whom, conveniently, were in Davos, Switzerland, attending this year’s World Economic Forum.

What got lost in the hope of a reprieve was the fact that they were only talking about the tariffs based on the digital tax dispute. Those connected to Airbus are still on the table.

If you haven’t noticed any rising prices yet from the original 25 percent tariffs on EU imports, it’s likely because, so far, the margin has largely been absorbed by entities in the supply chain who don’t want to raise wine prices in the US market—EU wine producers, and US importers, wholesalers, and distributers. Rocco Lombardo, president of Wilson Daniels, a prominent wine marketing and sales company whose portfolio includes many prestigious European wines, explains: “Working with our European wine partners, we’ve been able to mitigate the tariffs.” But, he adds, “I don’t know how sustainable that is. In 6 to 12 months, we’ll have to revisit the situation.”

In the face of 100 percent tariffs looming across the board, Wilson Daniels has been proactive, according to Lombardo. They arranged with their Old World winery partners to ship nine months’ worth of product, and with that inventory would be able to hold prices steady…for the time being. That’s not an investment many firms can make, though, and the combination of existing tariffs and the explosive ones threatened has already gouged the industry. “Companies can’t go to market with the same confidence level now,” says Lombardo. “This is already affecting staffing and marketing decisions.”

You might think that domestic wine producers might see opportunity in Europe’s peril. It stands to reason that if an investor forgoes that La Tâche, he or she will look to Napa to fill its place. But that’s short-term thinking, say winemakers here. Off the top, our tariffs would hardly go unanswered. The EU would likely respond in kind, a tit-for-tat that would hurt everybody. Beyond that, the ripple through our own wine trade network could be devastating: In losing European imports, as would surely be the case if prices doubled, jobs would be lost across the board, from importers and wholesalers to restaurants and retailers. The wine segment would lose ground to the beverages already hovering in the wings, like hard seltzer. And that’s the infrastructure our own producers rely on. Lombardo doesn’t mince words. “It could affect the entire economy,” he says.

After the uncomfortable suspense last week, the administration did confirm that it has agreed to delay the digital-related slap through 2020, to give negotiations time. But that leaves the even more devastating Airbus tariffs hanging. They could be decided on and go into effect as soon as February. Consider this a great time to send objections through channels to Washington.