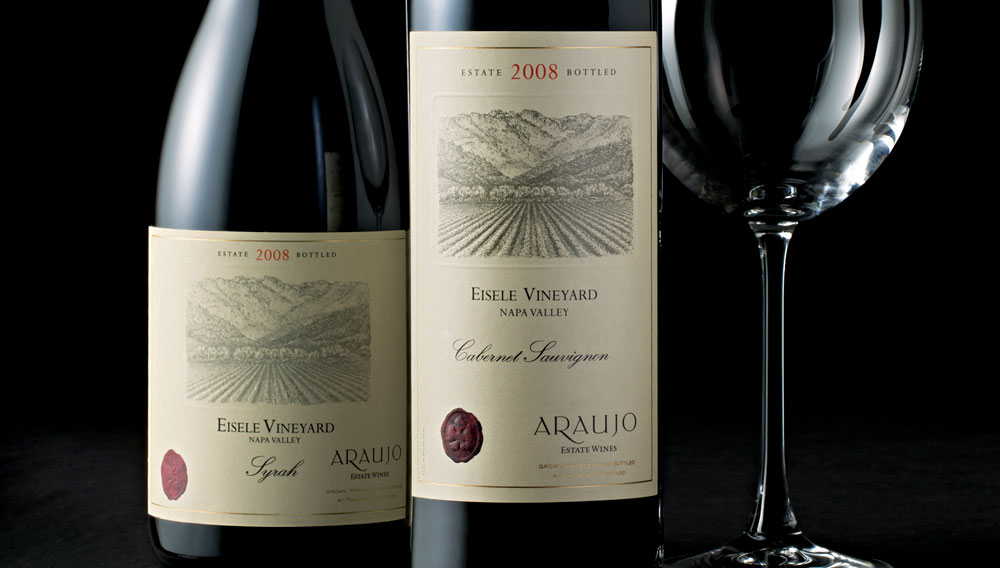 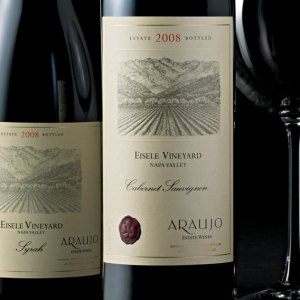 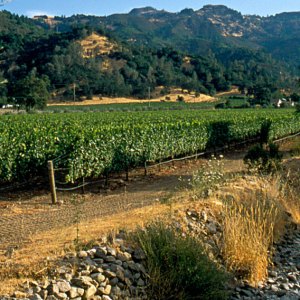 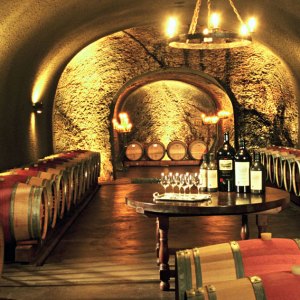 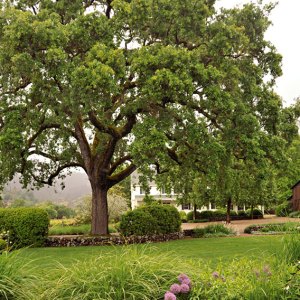 Araujo Estate did not begin with the arrival in Napa Valley of its eponymous owners, Daphne and Bart Araujo. Its history, like its soils, is more richly layered than those of the many boutique vineyards launched in the past two decades by enthusiasts who, flush with success in other lines of business, merely wanted to see their names on the label of a bottle praised by Robert M. Parker. For the Araujos, the name that inspired their careers in viticulture was not their own; it was Eisele.

In 1969, Barbara and Milton D. Eisele purchased a large vineyard parcel on Pickett Road in Calistoga, Calif., that had been planted in the 1880s with Ries­ling and Zinfandel. Only five years before, in 1964, were the first rows of Cabernet Sauvignon introduced, but these vanguard vines thrived in this terroir, producing fruit with distinctive character and structure. The Eiseles approached some of the best wineries in the valley about making a vineyard-designated wine from their harvest and eventually struck a deal with Ridge Vine­yards, whose 1971 Eisele Vineyard Cabernet remains an object of envy among collectors.

That vintage—and those from other producers that followed—convinced the Araujos to acquire the property when the Eisele family placed it on the market in 1989. “Daphne and I looked at this string of vineyard-designated Cabernets,” says Bart Araujo, recalling the purchase. “With the ’71 Ridge, the ’74 Conn Creek, and the 1975 [Joseph] Phelps Eisele, it almost didn’t seem to matter who the winemaker was; the character of this property showed through.”

The wines consistently express a deep minerality that director of winemaking Francoise Peschon, who joined Araujo Estate in 1993, attributes to the cobble-strewn soil. “There’s a confluence of different soils and rocks that have been hurled up out of Simmons Creek by floods over time. Having purchased fruit from across the street, I can say it doesn’t come close to what we get. Eisele is really a unique little corner that’s completely protected.”

The site’s exceptionality serves owners and winemakers especially well in challenging vintages like 2008. “Bart likes to describe that growing season as one of biblical proportions,” says Peschon, “because we had floods and droughts and sunburn. One of the marks of a great vineyard is that it goes through all that. So while, in 2008, the production was way down, we kept the quality up.”

“The tannins in the 2008 are supportive and structural,” observes winemaker Nigel Kinsman, the most recent addition to Araujo Estate’s team. “But they’re not obtrusive. The wines move more in the direction of Bordeaux.”

The Araujo Estate 2008 Cab­ernet Sauvignon ($290) is gracefully delineated, exhibiting cool, cerebral elegance and near-perfect poise. While the wine’s scents of brambleberry and black cherry wreathed with smoky piñon pine greet the nose, its texture—all-enveloping and velvety—ultimately defines the taster’s experience. However, this dark beauty stands in contrast to its Rhône-style sibling, the 2008 Syrah ($125), a wild and mouthwatering medley of flavors such as black raspberry, sage smoke, dried meat, and pepper. “It’s a Syrah that I don’t think we’ve seen the likes of too often at Eisele,” Kinsman says.

These latest releases should reassure the Araujos, who were apprehensive in the beginning about their ability to preserve this legacy. “Our concern was to try to be the best possible stewards of the land that we could,” explains Bart. “We knew we hadn’t acquired just another Napa Valley property. When I asked one of our erudite friends for his sage advice on how we should approach this, he looked at us and said, ‘Just don’t screw it up.’ “