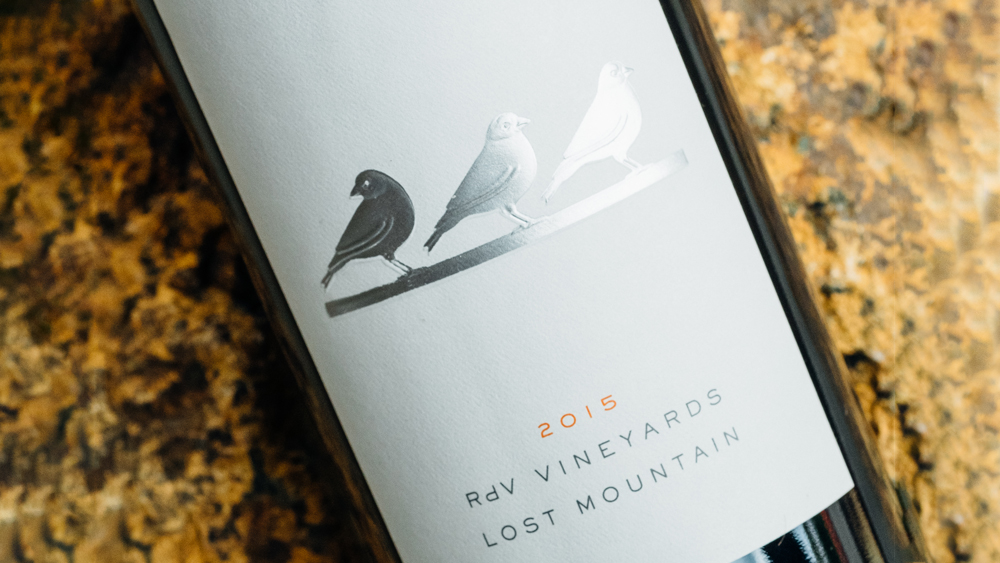 It’s a fact—somewhat startling—that wine is made in every state in the U.S. now. Of course, it’s fair to ask if wine should be made in every state. But I’d argue that it’s not fair to write off a state’s bottles simply because it’s not California or Washington or Oregon—or even New York.

Recent tastings have convinced me that one state in particular—probably the first, in fact, ever to be associated with wine—is almost ready for its closeup: Virginia. Our most public of early enophiles, Thomas Jefferson, might have done his darnedest to turn Virginia into America’s heartland of wine back in his day. But the truth is, the Bordeaux varieties preferred here have mostly turned out forgettable wines, commercially viable at best. Until recently.

Since the early 2000s, winemaking in Virginia has been getting very good, Rutger de Vink tells me. De Vink is co-owner and vigneron, as he calls himself (appropriating the French term referring to complete oversight of both winegrowing and making), of RdV Vineyards, some 55 miles due west of Washington, D.C. What’s been missing, he says, is precise knowledge about the best vineyard sites, the spots that would close the gap between skillfully made wine from mediocre grapes to great wines made from optimum fruit.

Working one harvest here, in 2001, convinced de Vink that it would be possible to make world-class wine in Virginia. Stints following that in California and Bordeaux put what that would mean into perspective. “I don’t want to criticize Napa,” he says. “Obviously benchmark wines are made there. But there’s no rain! You can play god with irrigation” to precise effect. Sharing more in this respect with Bordeaux, de Vink has a quick answer to my question about the greatest challenge to winemaking where he’s chosen to do it: “Rain.”

But choose Virginia he did. After a search that included well-known California regions, in 2004 he grounded RdV Vineyards in a site he knew could produce that holy grail for Bordeaux reds—small berries, for intensity and concentration in the final wine. It’s not about winemaking secrets, he argues. “When I was working at Cheval Blanc, they could get $1,000 for a bottle of their wine. Right across the street, the winery maybe got $50. It’s about place.”

In Virginia, he says, the right sites come down to water. In a long and fascinating analogy involving banzai trees in 2-inch pots, he implies that it’s okay for a vine’s feet to get wet—totally saturated, in fact—but they do need to dry out quickly. It’s all about the water-retention capability (or lack thereof) of the soil. And decisions about where to plant need to be made on that basis rather than on simply turning an inherited horse farm into a vineyard, say.

And when the site is right, Virginia reds are exciting, even if there are no reference points for their style. “We’re neither Napa nor Bordeaux,” says de Vink. “We’re fruit-forward from the sun, but also fresh and a little austere. We fall stylistically in between and capture the best of both worlds.” By his account, when he pours his wines blind for sommelier friends, they call them for old-style Napa Cabs, on the one hand, or ripe-year Bordeaux on the other.

Still, he says, “Jefferson notwithstanding, we’re a very young wine region. We’re just figuring it out.” Judging by these bottles, a few Virginia winemakers are fast-tracking that.

This blend of 66 percent Cabernet Sauvignon, 31 percent Cabernet Franc, and 3 percent Merlot from RdV is one for your cellar. High-toned violet aromatics balance lovely tension from minerality and pine notes; a gamut of red and blue fruit follows—raspberry, cranberry, red plum—intensely bright, long, and concentrated ($150).

Merlot leads in this age-worthy blend from Barboursville, followed by Cabernet Franc, Cabernet Sauvignon, and Petit Verdot. Lovely floral aromas swirl with savory herb notes and espresso, while dense red fruit—cherry, cranberry—is wound in beautifully balanced acidity with chewy tannins ($55). Look no further than the 2001 Octagon (available at the winery) for evidence of longevity. Still-juicy cherry fruit is joined by dried fruit, earth, and spice ($170).

This spicy, aromatic blend from Early Mountain leads with Merlot as well, with Petit Verdot and a tiny splash of Cab Franc in the mix. A pleasant salinity, like a fresh ocean breeze, opens, followed by layers of blackberry, black raspberry, pepper, loam, and chewy tannins. The finish is long and concentrated, with a savory edge ($38).

Judging by this reserve from Keswick, Cabernet Franc has a promising home in the state. Pretty floral aromas, hints of savory herbs, and a toasted bread character lead into a burst of Bing cherry on a bright, intense palate ($55).

With 50 percent Merlot, this Meritage blend from King Family is perfumed with cherry, violets, cedar, dark chocolate, and flint. On the palate, all of that unfolds as well, with fine-grained tannins and spice on a lingering finish ($70).