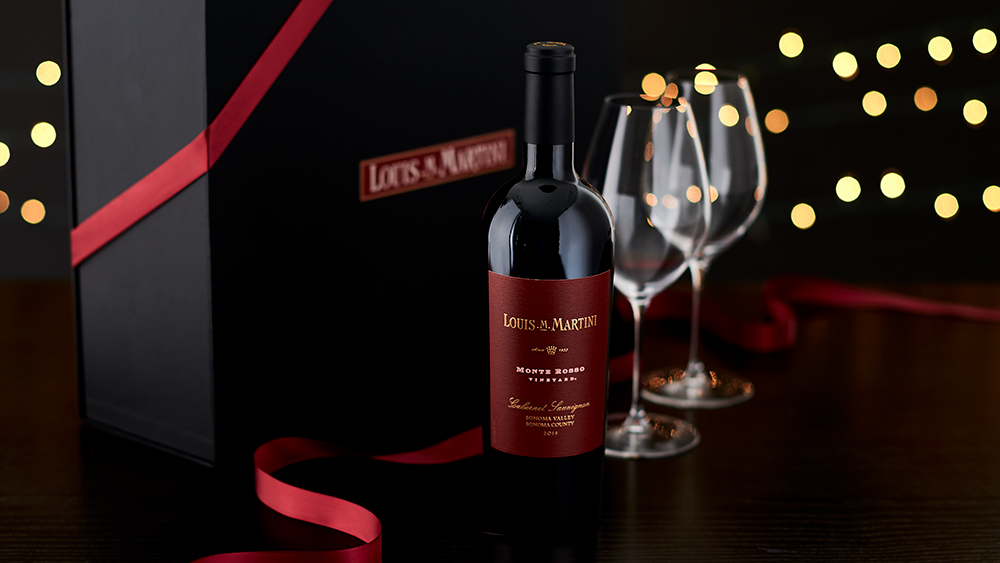 It’s that time of year again. You have most of your holiday gift list covered—personalized packages you’ve assembled for your close circle. All that remains is a handful of names that are perennially more challenging: the company vice president who’s an occasional golf partner, and perhaps your in-laws. The idea that a great bottle of wine makes a fine present on this front is not especially original, but wine is a go-to for a reason: It works. At the same time, though, the choice is fraught with pitfalls: Is the price appropriate? Is the brand sufficiently cutting-edge, or too much so?

Sometimes, the solution is hiding in plain sight. Choose an iconic California producer—a winery that garners critical acclaim year after year, even if it isn’t the newest, shiniest thing—and there’s a natural transfer of respect. A label that has consistently ranked among the best for, in many cases, decades, says the gift and the recipient are significant.

And there’s never been a better time for such a strategy. Our recent tastings of many of California’s longest-running iconic wines have turned up terrific winemaking. In many cases, these producers have found a beautiful balance in their reds, refraining from the trends toward über-ripe, high-alcohol heavy hitters and lean-and-green “backlash” wines. These are bottles that offer generous fruit and impressive structure, so whether your giftee pops the cork in the next two weeks or tucks the bottle into the cellar, he or she will be well rewarded, and think of you fondly in the end.

Here’s a gift for the history buffs on your list: a three-bottle set of a Pinot Noir from Benovia, made in honor of the 75th anniversary of D-Day (June 6, 2019). The winery’s own historic C-53 Skytrooper, The Spirit of Benovia, will join dozens of World War II–era planes in a flight from the United States to Normandy, France, and a percentage of the sales of this set will help veterans, students, and the aircraft themselves get to the celebration. And the wine? It’s perfectly balanced between ripe, generous fruit and bright acidity, with forest-floor aromas edged with exotic spice (cloves and coriander) and vibrant red berry flavors on a very silky palate. ($275 for the three-pack)

This latest iteration of Napa’s groundbreaking red blend from Joseph Phelps (the wine debuted in 1974) has a heady nose of high-toned florals balanced with espresso and loam. Plush blackberry and dark plum flavors are spiked with exotic spices, and ripe tannins give the profile immediate appeal. ($275)

Having just celebrated its 85th anniversary, the historic Louis M. Martini winery is pairing a wine from its most iconic vineyard with two glasses customized for it by winemaker Michael Eddy and the famous Riedel glassware company. The spice and concentration of the legendary Monte Rosso vineyard unfold in the Cab, which is layered with juicy blackberry and cherry fruit, forest notes, mocha, and red earth. ($215 for the wine and set of two glasses)

Gravelly aromas and mineral notes first greet the nose on this Cabernet from Ramey—after all, the Spanish pedregal in the wine’s name does translate as “stony ground,” a nod to the character of the vineyard. Haunting purple floral notes, mint, and forest floor join the mineral character, while beautifully integrated tannins augment concentrated blackberry, plum, and cherry on the palate. ($200)

In the post–Mondavi Family era and amid mainstream crowds at Robert Mondavi Winery, this bottle remains one of the best expressions of one of Napa Valley’s most important, historic vineyards. The site shows in an earthy minerality, with smoky spice aromas mixing with mocha and espresso. Dark plum and blackberry are edged with complex resiny pine and crushed herb notes, finished with an elegant structure. ($175)

Doesn’t everyone have a Warriors fan in the family these days? This one’s for that guy or gal. Silver Oak has teamed up (so to speak) with the Golden State champs with a five-bottle set of its Alexander Valley Cab sporting classic and throwback GSW logos etched into the glass. The synergy between the brands goes way back—to 1972, when the basketball team played out its first full season as the Golden State Warriors and Silver Oak was established in Napa Valley (if you’re into symbolism); and to 2015, when LeBron James very publicly bet Draymond Green two cases of Silver Oak Napa Valley Cab on an Ohio State–Michigan game and had to pay up (if sparring is more to your taste). The Cab—layered with mocha, vanilla, warm spice, and cedar—opens like a blackberry patch in the first rain; plush plum and red currant flavors are backed by deceptively silky tannins. ($525 for the set)

From the Napa cornerstone Trefethen Family—which celebrates its 50th winemaking anniversary this year (in 1968, a winery in the valley was by default a pioneer!)—comes a memorable vintage of Halo Cabernet Sauvignon, named for third-generation Trefethens Hailey and Lorenzo. Its rich, dark, spiced fruit has compellingly interesting aromas of forest floor and resiny herbs around it, with mocha and tobacco lurking and elegant tannins taking over the finish. ($220)

Sweet spice and vanilla aromas combined with a ripe and juicy palate of mixed berries and cherries add up to immediate appeal in this top Cabernet from ZD. Layers of espresso and hints of savory herbs lend complexity through a long, lush finish. ($230)