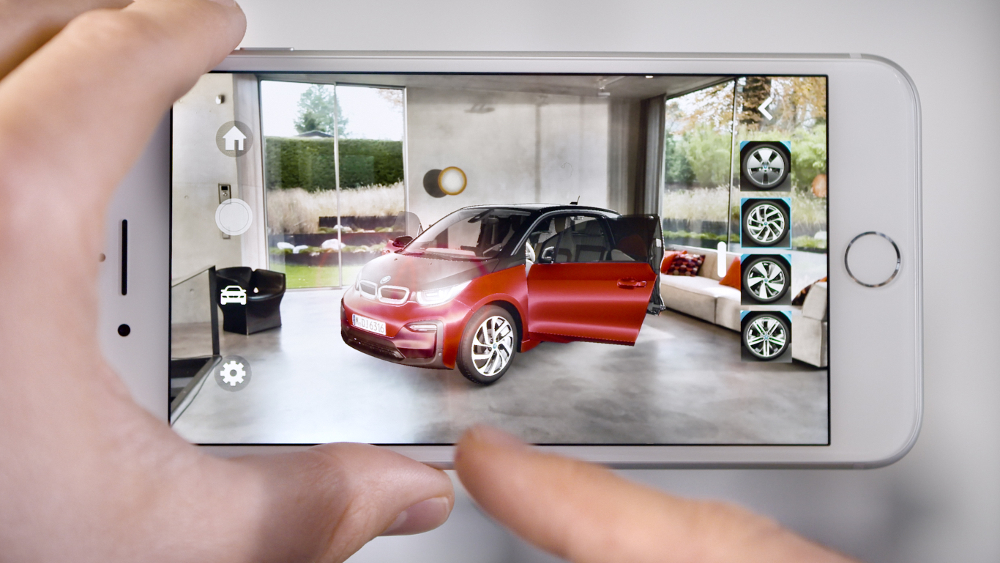 There is no device that we interact with more on a daily basis than our smartphones, so it’s no surprise that luxury brands are using this avenue to vie for access to our eyeballs—and by extension, our wallets. Already this year, we have seen Macallan introduce an app that turns a bottle of 12 Year Old into an interactive and informative piece of virtual art and Swarovski release one that lets its customers shop for products in a virtual home setting, among others.

BMW also got in on the fun, releasing an augmented reality (AR) app for Android devices earlier this year that let customers interact with virtual vehicles in real space through their phones. That software ran on Google’s Tango platform, which was never widely adopted by smartphone manufacturer due to the costs associated with including all of the hardware needed to run Tango on their devices.

That was before the announcement of the iOS 11 and its ARKit, which opened up advanced AR capabilities to the iPhone 6 and higher as well as late model iPads. Now, BMW has released its i Visualizer App on the Apple App Store, making it available to a much broader audience.

A sort of virtual showroom for BMW’s i line of vehicles—including the i3, i3s, and i8—the app lets you choose a vehicle and then inspect a life-size virtual representation of the car in real time, using you phone as a visual portals. You can change the wheel rims and color of the car with the press of a button, and you can even climb inside the cockpit to get a better feel for the interior—whose color can also be changed on the fly. Want to get an idea of whether or not the trunk will be able to hold your luggage and a golf bag? Just pop it open and take a look.

Catering to an international audience, the I Visualizer App is available in 21 languages and 17 markets, with more to be added in the future. The free app is available for download now through the App Store. Ultimately, while it lacks a full range of configurator options (hopefully something that will be expanded in the future) and isn’t going to entirely replace the showroom anytime soon, it is a handy way to narrow down your choices before you even leave the house.

From Motorcycles to Jets: Ride-Sharing Apps Are Reaching New Levels of Luxury