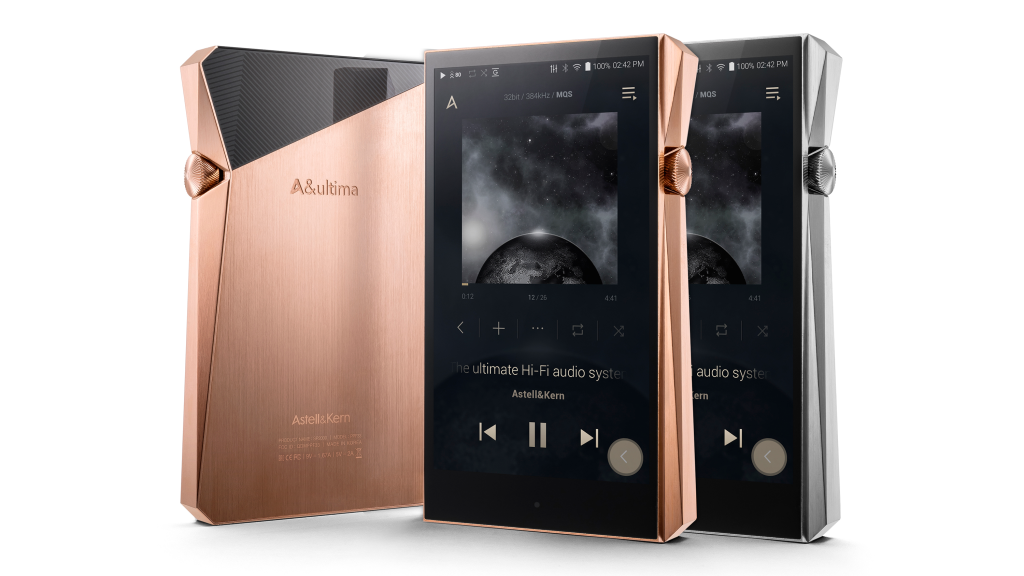 When it comes to hi-fi audio, there’s always a cleaner listen to be had—preferably one wrapped in shinier hardware than the last. Witness Astell&Kern’s latest offering: A leader in the portable music player genre of audio, the company recently unveiled its A&ultima SP2000 at the annual High End 2019 trade show in Munich. Priced at $3,500, this easy listening doesn’t come cheap, but its specs have audiophiles counting down the days until the official launch in July.

The bulkier big brother of the A&ultima SP1000, the SP2000 improves on the brand’s celebrated MP3-player-on-steroids model as its newest flagship player. And, as the “2000” moniker would suggest, the device’s assets come in twos: Two digital-to-analog converters are arranged in a dual-mono configuration to create a wider soundstage and stronger stereo separation. Additionally, the tech is the first to use two separate audio channels between the balanced and unbalanced outputs. The dual-band Wi-Fi with a stereo antenna is the cherry on top, improving network performance when streaming.

The SP2000 supports up to 32-bit/768KHz bit-to-bit playback of high resolution PCM audio and native playback of up to DSD512.  It also features an Octa-Core CPU with 512 GB of internal memory—double the storage of previous Astell&Kern players—all just a few five-inch touchscreen taps away.

Of course, the nuts and bolts mean nothing if the SP2000 resembles the clunky portable audio players of yore. Fortunately, the SP2000 looks suitably sleek, with metallic casing, a crown-like volume wheel, and buyer’s choice of a copper or stainless steel finish.

If the SP2000 is just too pretty or pricey for you, Astell&Kern also debuted the KANN CUBE, which promises premium sound with a lower-key look. True to its name, the Cube comes housed in a boxy, almost ’80s-style casing. It will retail for less than half of the SP2000 ($1,499).

Beyond the two new players, the company also unveiled the SP1000 AMP and the AKT9iE earphones at High End this year.  If nothing else, the fresh roll-out proves that hi-fi portable audio is a sector that’s very much here to stay…in consumers’ pockets.