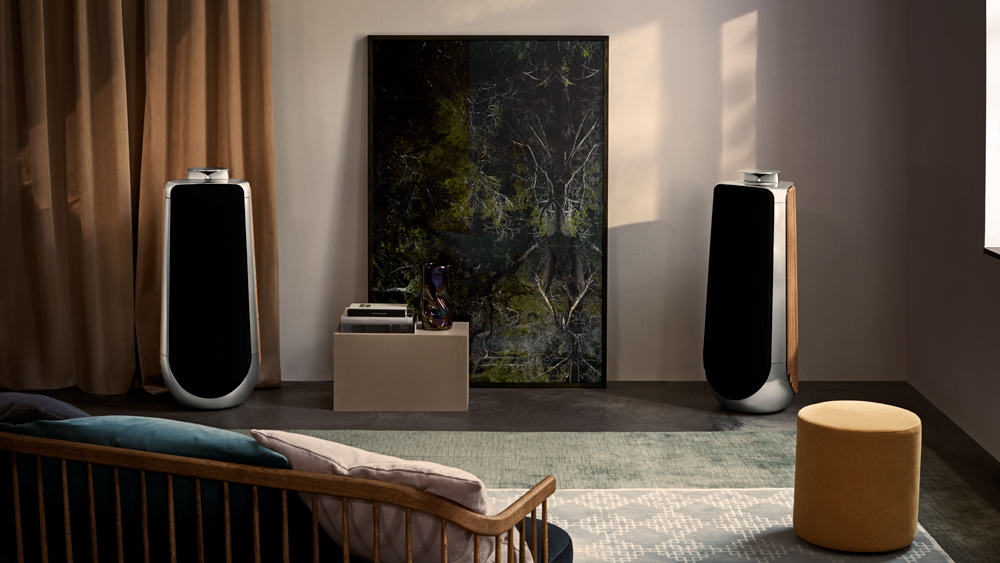 Over the course of its 92 years, Bang & Olufsen (B&O) has dabbled in numerous product categories, developing electronics ranging from radios to phones. But the one mainstay of its product line has been high-fidelity audio, specifically loudspeakers.

Bang & Olufsen’s latest speaker, the BeoLab 50—which launched on Wednesday—is a toned-down version of its extreme BeoLab 90. In fact, some online pundits have refered to the design as “strangely normal” for a company known for unusual and striking style. At $40,000 for a pair, the speakers are a fully featured, powered loudspeaker system packaged in an attractive shell of aluminum panels and oak ribs. The speaker’s design is intended to make its integration into a room easier by minimizing its footprint, employing floating lines and visible edges for a clean, acoustically supportive package.

The internal mechanics pack a punch. Seven amplifiers drive a total of 2,200 watts into seven drivers: three 1-inch woofers, three midrange speakers, and one tweeter. The most compelling feature is the tweeter, which slowly rises from the top of the speaker tower when powered on. The tweeter can be tuned to match the needs of the room using what B&O refers to as the “lens,” adjusting to wide dispersion for social events and to narrow for critical listening.

Since the speakers are active (powered), they don’t need external boxes, amplifiers, or speaker wires. They include wireless functions as well as the ability to connect to standard digital and analog source inputs.

The BeoLab 50 is also equipped with state-of-the-art technology, including the same room sensor that was included on the BeoLab 90 speakers, which analyzes room acoustics using an external microphone and then adjusts the equalization and sound filters accordingly.

The speaker also can sync with B&O’s smartphone app to remember presets, making connection and seamless music a breeze. Whether looking for some serious speakers without the hassle of cables or a finishing touch to a home theater design, the B&O BeoLab 50 is sure to be on many audiophile short lists.