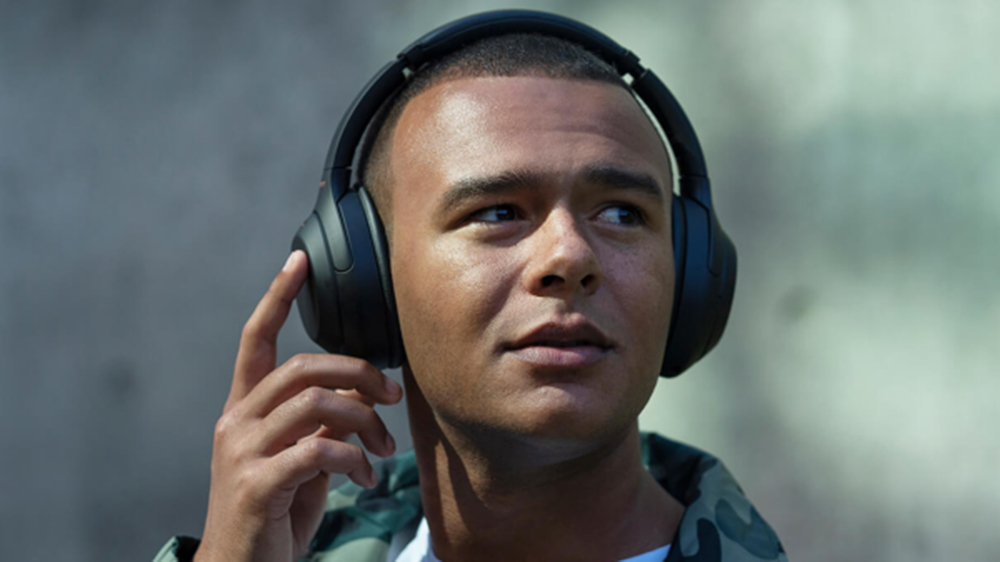 The pandemic may not be over yet, but with Covid-19 vaccines readily available in America a lot of us are returning to the office. But just like it took a while to get used to working in solitude, it’ll take time to grow accustomed to working around co-workers again. One thing that can help, especially if you’re finding it hard to focus, is a good pair of active noise canceling (ANC) headphones.

The last few years have seen a real boom in ANC cans. Nearly every audio company big or small—even audiophile-approved Sennheiser—has a pair of in-ear and over-ear headphones that boast the feature to choose from. But if you’re really looking for a pair that will block out your surroundings, you’ll want to opt with a pair of the former. Their design, which features two cups that cover each ear, naturally blocks out sound, a form of “passive” noise cancellation. Add in a solid ANC chip and any environmental noises will be reduced to a slight murmur.

There are three factors to consider when picking out a pair of ANC headphones. First, how effective are they at blocking out sound? Will some noise seep in or be fully blocked out? And if you’re someone prone to eardrum suck—the suction sensation that some listeners experience when ANC is turned on—you’ll want different strength levels to toggle through when your ears need a break. Up next, is actual audio quality because you’ll want the sounds you want to hear to come through clear and undistorted. Finally, but maybe most importantly, is comfort. You might be wearing your cans for hours at a time and the last thing you want is for them to feel heavy or too tight.

To help you make your decision, we had four members of the Robb Report digital team try out seven over-ear headphones that we think best combine these features. Here’s what made the cut.

Usually when you pick out a pair of headphones you’re making a sacrifice here or there. If they sound great, the noise-canceling is rarely as effective as it should be. And if you want a pair that are so light that you’ll forget you’re wearing them, the sound isn’t as commanding as it should be. Unless, of course, you go with Sony’s WH-1000XM4 headphones. The electronic giant’s top-of-the-line over-ear models do it all and do it all excellently. They’re easily one of the most comfortable pair of over-ears I’ve ever worn, even after a few hours of use. The audio quality is also superlative, though I did have to fiddle with the equalizer on Sony’s accompanying app, though. That fact that you can do that is nice, though, since we all like our music to sound a little different. Finally, while the noise cancellation isn’t at the level of the Bose 700s, it’s not far off. If you’re looking for the headphones that do it all, look no further.—Bryan Hood

A plane isn’t where I’d expect to appreciate the melodic intricacies of a Max Richter piece, but the new Jabra Elite 85h headphones made that a reality. On a recent flight to Madrid, I trialed this high-end pair and the noise-canceling tech did nothing short of impress. In fact, it drowned out all the annoying racket, including the hum of the engine and a baby screaming three rows back, so I could enjoy my classical music G&T in-hand. Since they have a long battery life (36 hours with noise cancellation engaged), I didn’t have to worry about them dying mid-flight. The best feature, however, is the ergonomic design. These headphones are extremely comfy—snug and secure, but not overly tight. They also didn’t give me any eardrum suck. Furthermore, they’re a cinch to set up thanks to the automatic Bluetooth pairing process. When you open the headphones, they turn on immediately and connect to your smartphone, which is a nice little touch. This process wasn’t as straightforward with a computer, though, and I struggled to get the headphones working with my MacBook. Of course, that seems like a small price to pay for peace on a plane.—Rachel Cormack

No brand is more responsible for the recent ubiquity of ANC headphones than Bose. The company’s QuietComfort headphones brought high-quality noise cancellation to the masses. And sure enough, their newest ANC model, the 700s, improve upon this ability. None of the headphones we tried were as effective at blocking out environmental noise as this pair. Whether you are at the office, on the subway or at home, these do an excellent job of muffling even the harshest of sounds, like a jackhammer on a New York City street. If you do suffer from eardrum suck there are 10 levels of ANC to toggle through, which will come as a relief. Because they’re from Bose, the audio quality is also strong, with music coming through loud and clear. I was also impressed by the sleek modern design, which is a huge step forward from the outdated QuietComforts. They’re also surprisingly comfortable, even after hours of use.—BH

I wore these wireless beauties for the first time over a month ago. Since then, they’ve stretched out a bit to accommodate my head. At first, they were quite tight and I had to remove them after an hour, but this is no longer an issue and I wear them for three to four hours at a time. Additionally, they’re super easy to connect via my iPhone and the playback is exceptional. I love when I can hear the thunder of the bass without feeling as if my eardrum is going to burst, and these are great for that. I also found that the sounds were enhanced when using the noise-canceling feature. As someone who has roommates in New York City, this is easily my favorite feature. One thing to note is that the Bluetooth connection can be a little spotty. It’s only for a moment, however, it’s noticeable even when my listening device is nearby.—Demetrius Simms

Call quality is something we tend to mainly worry about with earbuds. But if you plan to use over-ears while working in the era of Zoom, you’re going to need a pair that you can wear while holding a conversation. And when it comes to that feature, it’s hard to beat Bang & Olufsen’s Beoplay HX. The company’s headphones feature an excellent transparency mode that’s extremely useful while you’re on a call. On most over-ear headphones, you’ll hear the speaker clearly unless it’s you. When you speak, your voice sounds muffled or, even worse, echoes. Thanks to the Beoplay HX’s transparency mode, though, a conversation through the computer sounds like one in real life. That’s far from all these headphones have to offer, though. As is the case with almost every Bang & Olufsen product, the sound is pristine, with a nice mid-level and just the right amount of bass. They’re also comfortable, thanks to their extremely well-cushioned earpads that feel almost fluffy. Those earpads are a godsend if you have glasses, too.—BH