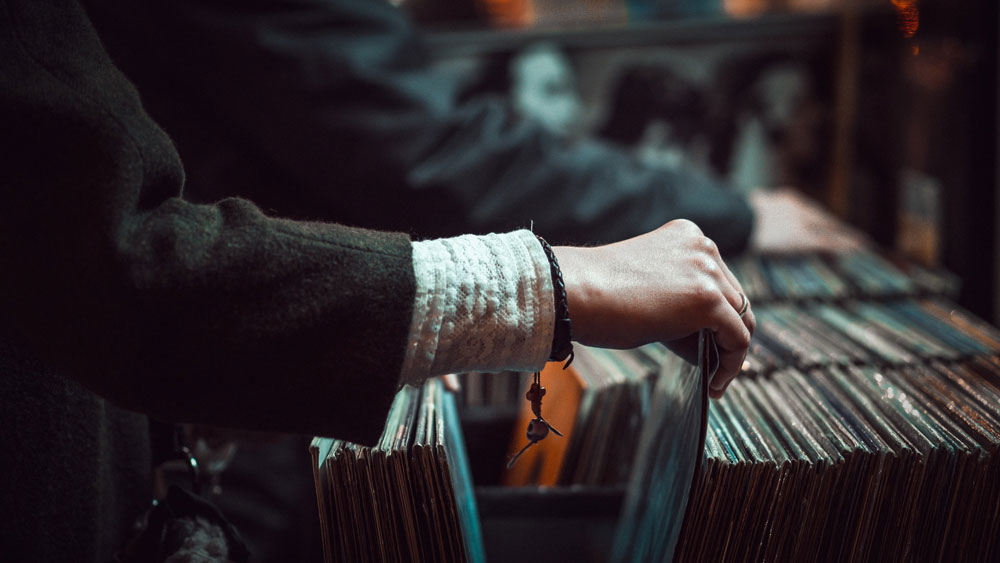 “What is the most valuable thing in the world?” Tom Port asks me. We are in a building in his backyard in Thousand Oaks, Calif., browsing shelves of vinyl records. The whole room is dedicated to the laborious process of cleaning LPs with specialized solutions and vacuums. Anticipating his answer, I quickly say, “Time.”

“You can’t buy time!” Tom continues. “You cannot replace it at any price.” This is the value proposition behind the specialized service Tom offers through his company Better Records. His customers pay a premium to avoid the process of looking for the perfect copy of a vinyl record, making the $200 to $1,000 price tag for a single LP feel like time saved and money well spent.

For some record collectors, “crate digging,” or scrounging through dusty bins in record stores, is part of the joy of the hobby. But for perfectionists dedicated to finding the ideal copy of an LP, the process is less enticing. The format’s renewed popularity makes it difficult to find pristine copies of albums in stores. Websites like eBay and Discogs have a lot to offer, but the risk of a bad seller is always lurking. These concerns are further compounded by the (sometimes controversial) notion that no two records sound the same. Even the same albums can sometimes be pressed by different manufacturers, cut by different engineers, and cycled through multiple “stampers” – some of which suffer from sound degradation, the more records they produce. This leads to some copies of a record sounding better than others, which can sometimes be identified by careful listening or watching for certain numbers in the runout (the blank space of the record after the music ends).

For audiophile perfectionists with the means but neither the time or the patience to find the best, cleanest, most pristine examples of any given album, Tom Port’s service is a boon. However, it comes at a steep cost—a single album can often enter the range of $600 to $1,000. Some might balk at this pricing for mass-market vinyl, but an argument can be made for the value of his service when considering the vetting process that Better Records employs for each record.

After acquiring 20 to 50 pristine copies of a given album (say, for example, Cannonball Adderley’s Know What I Mean), Tom and his staff of nine will send each record through a rigorous cleaning process that incorporates an $8,000 vinyl record vacuum. Following that, the team will listen to all the copies of Know What I Mean it has acquired using a comparison process that Tom refers to as a “shootout.” Through this, he purports to find the ideal pressing for sound quality.

I admit: I was initially a skeptic until I did my own math. If I purchased 20-50 copies of Know What I Mean, ran them through the same laborious cleaning process, and conducted my own shootout, the combination of money and time spent would far exceed the value of Better Records prices.

Listening to Tom as we tour his home in Thousand Oaks, which doubles as offices for his staff, I’m struck by how strong his opinions are about what proper music should sound like. He takes issue with nearly all the popular present-day audiophile labels – including Mobile Fidelity Sound Lab and Analogue Productions – for what he laments as a lack of accuracy as compared to live music. He also has had notable public disagreements with many of the popular reviewers and analog experts in the press. Tom has decades of experience—the current business is something of a natural evolution from his Better Records Catalogue from the 1990s, an era when the vinyl record was seen as a dying medium.

The time saved hunting for pristine vinyl can be well worth the premium price.  Photo: Courtesy harmpeti/Shutterstock

Now, with the continuing resurgence of vinyl and the increasing difficulty of finding clean copies of popular albums, demand for a service like Better Records is skyrocketing. And after seeing his SoCal operation in action, it appears that business is good. Tom hints that they ship out about 6 to 10 records per day, often to repeat customers who get hooked after being impressed by their first purchase.

Tom showed me several comments sent to him from grateful customers. These testimonials often take on a deeply emotional tone, as the customers are elated to hear so much more information and detail from their favorite albums. Better Records offers a 100-percent money back return policy, and Tom tells me that very few customers ever return a record.

Controversy around a business like Better Records is not surprising—such is common in some audiophile circles—and strong opinions about the sound of popular albums is certain to be met with disagreement. Regardless, what really resonated with me during my time with Tom Port was seeing someone devote so much energy and passion to the hunt for perfect sound. All of the acquiring, cleaning, listening, and scrutinizing left me thinking of Tom not as a figure of audio controversy, but as a person genuinely passionate about music—a music archeologist, if you will, sweeping the dust and dirt of time away from the record grooves to extract perfection for those who care the most.