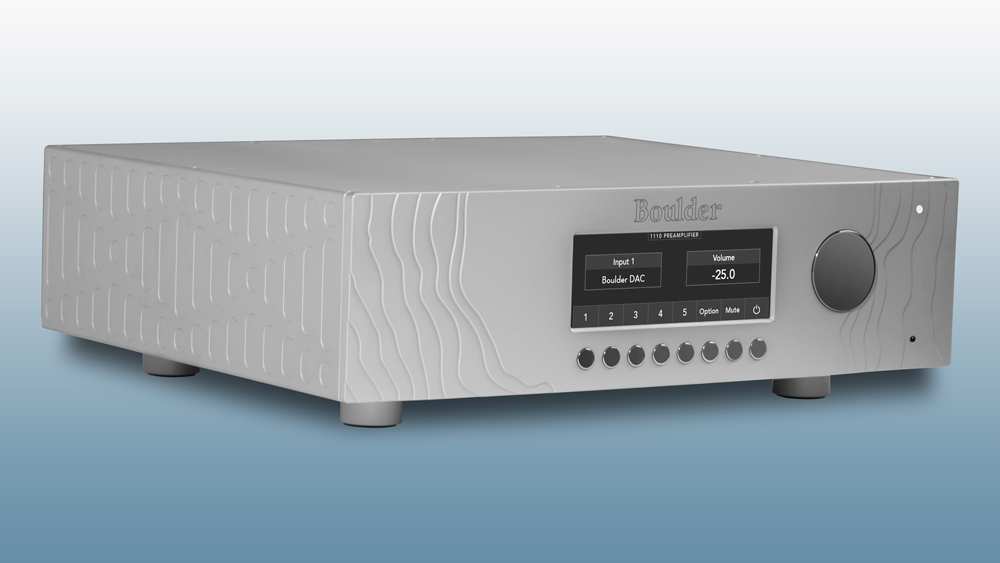 Back in June, Boulder Amplifiers rejuvenated its midrange offerings with the introduction of the 300-watt 1160 stereo amplifier, the first product in the brand’s new 1100 series. Now, squeezing in just before the year’s end, Boulder has unveiled its 1110 Stereo Preamplifier—the second component in the new line and the perfect complement to the 1160.

Though it has fewer bells and whistles than its brethren in the 2100 and 3000 series, the technological trickle down from those lines is apparent. The company’s top-of-the-line 3010 Preamplifier, for instance, lends the new device its fully balanced volume attenuator, which helps reduce noise, increase resolution, and eliminate step noise. It also borrows the 3010’s full-color LCD screen, making programming and general operation much more manageable. 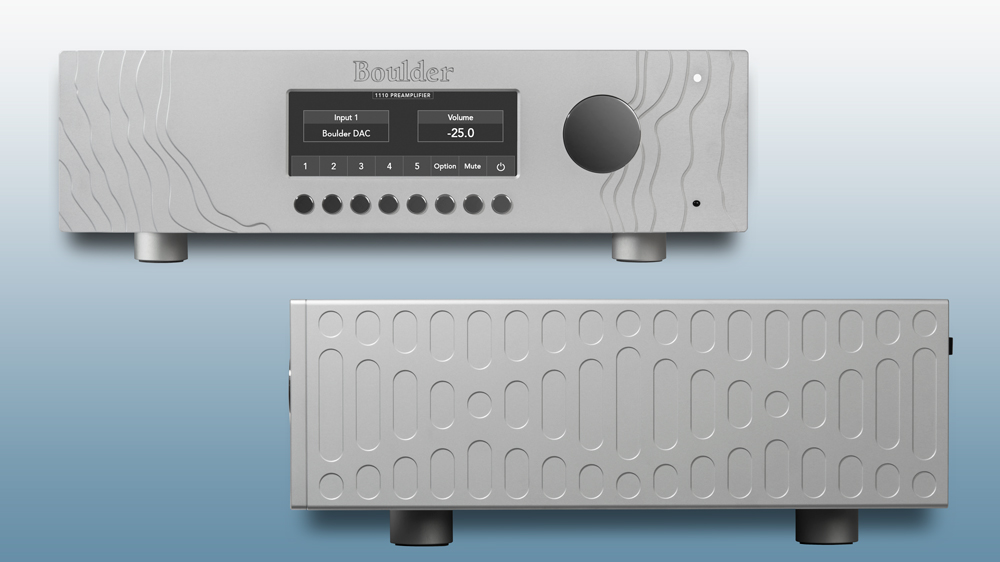 Front and side of the 1110 Preamplifier  Photo: Courtesy Boulder

But that’s not to say that the 1110 is a rehash; the new preamp has completely reworked circuitry and a new 64-bit ARM processor that handles supervisory functions like input selection, the user interface, error notification, and HTML- or IP-based external control. It also enables the use of Boulder Net, which helps the device play nicely with external control systems like those offered by Crestron and Savant. Boulder Net will also automatically download and install device updates when they are made available.

Further improvements include the use of better ground paths, improved thermal management, and a brand new circuit layout. It uses Boulder’s proprietary 983 gain stages (also found on the 1160), which offer an exceptionally wide bandwidth and 20 dB of gain. The 1110 receives signal through five pairs of balanced inputs and outputs through two pairs of main balanced connectors and one pair of auxiliaries. 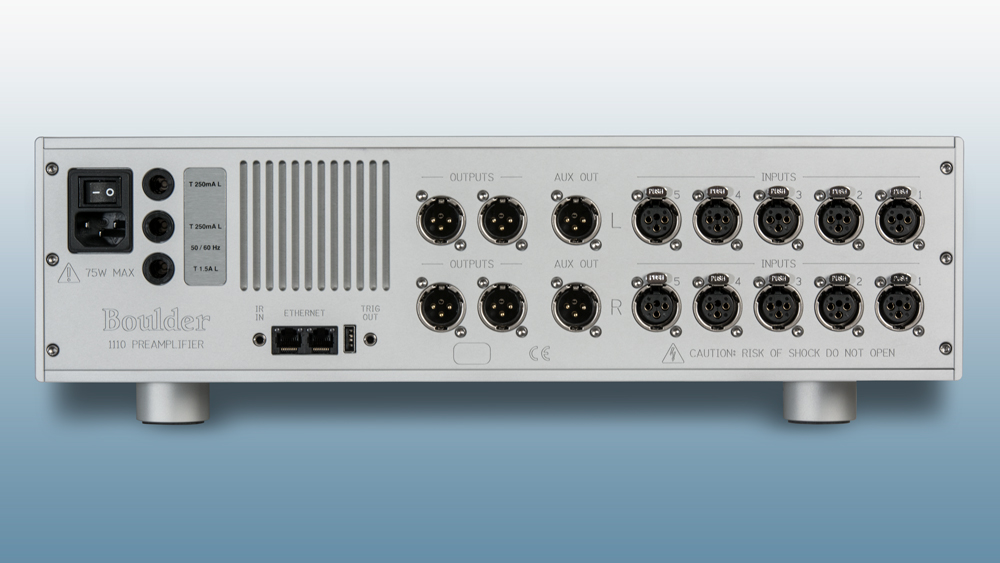 Back of the 1110 Preamplifier  Photo: Courtesy Boulder

Despite everything going on under the hood, the one feature that even layman will take note of is its casework. Like its corresponding amp, the 1110 features rounded edges and a faceplate decorated with a three-dimensional topographical map of Flagstaff Mountain in Boulder’s home state of Colorado.

The Boulder 1110 Stereo Preamplifier is priced at $21,000 and is already available for purchase. 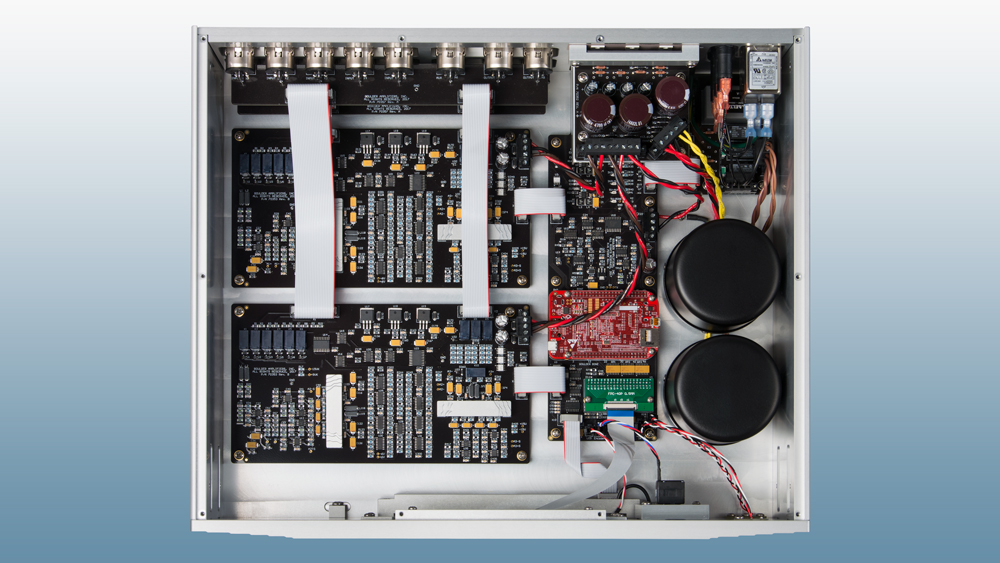 Inside the 1110 Preamplifier  Photo: Courtesy Boulder