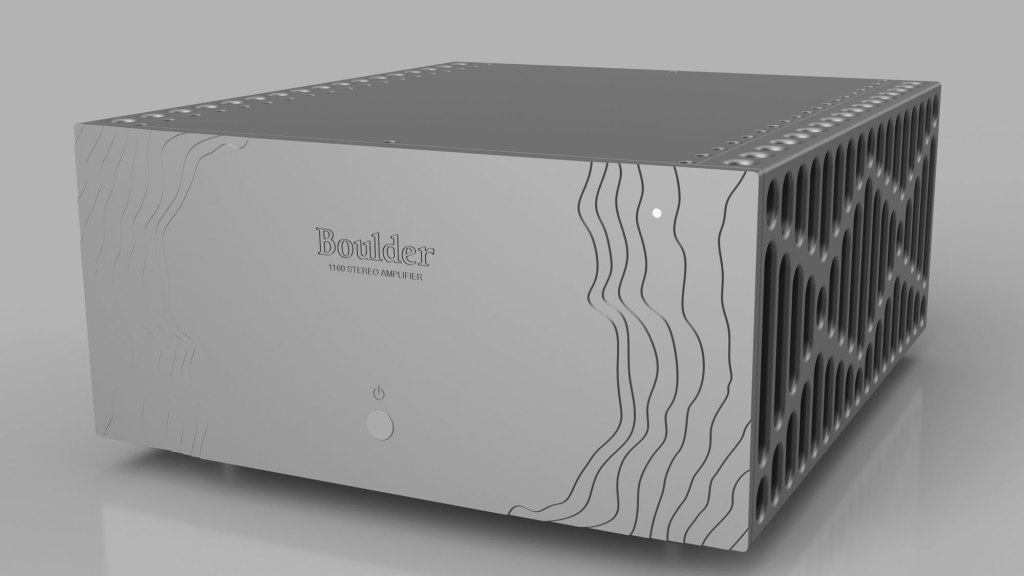 Just yesterday, like a proud parent sharing an image of their newborn, Colorado hi-fi component manufacturer Boulder Amplifiers posted a picture to its website of the very first boxed 1160 Stereo Amplifier ready to leave its factory on the way to a St. Louis dealer.

The excitement is understandable; the 1160 is the replacement for the company’s persistently popular 1060 Stereo Amplifier, which it initially released in 1999. Like that device, the 1160 is capable of generating a continuous power output of up to 300 watts, though its peak power output can double to 600 watts into 4 ohms and again to 1,200 watts into 8 ohms.

The new amp includes a host of technological improvements over its predecessor, including better thermal management, less disruptive ground loops, and improved circuit layout—all of which result in better sound quality with reduced interference. It is also more compact than the 1060 and has a standby mode that reduces power consumption.

The amp is equipped with a new 64-bit ARM processor that oversees the unit’s protection circuits, power line monitoring, thermal monitoring, and error notification system. But it also enables the use of the company’s proprietary Boulder Net system, which allows the unit to interface with integrated home features and other networked devices.

A visual upgrade from its rather Spartan forbearer—essentially a solid gray box flanked by heat sinks—the 1160’s front panel sports a three-dimensional depiction of a section of the topography of Flagstaff Mountain, located near Boulder Colorado.