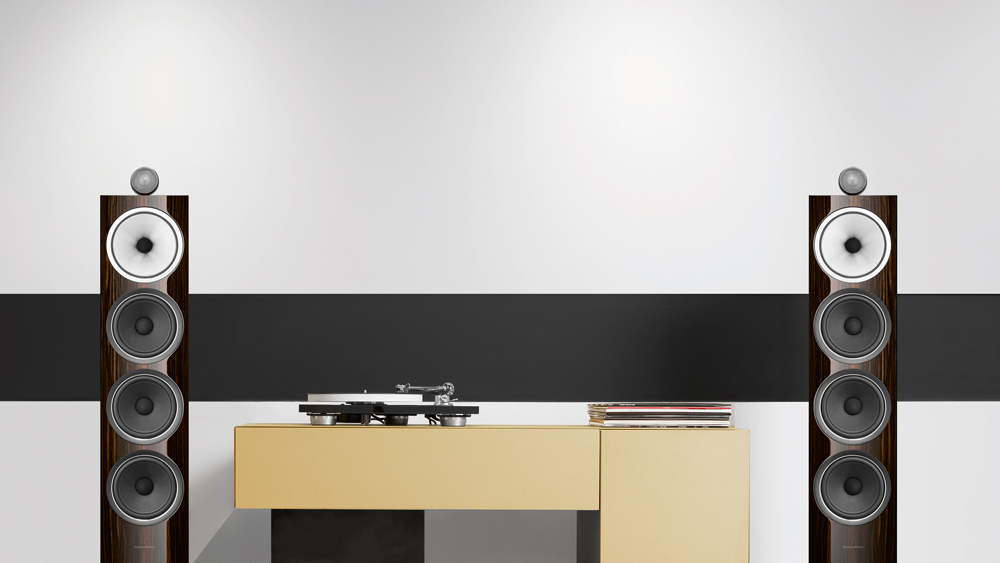 In the realm of audio, a handful of British manufacturers have long been regarded as bringing some of the greatest innovations to loudspeaker design. Probably the oldest of them is Tannoy, moving toward its first century mark and still going strong. At 85 years old, Quad Acoustics isn’t far behind, and its original electrostatics—introduced in 1957—are still used in reference systems today. The decade of the 1960s was booming with advancements in transducer and enclosure design, especially with the founding of KEF (1961) and Bowers & Wilkins (1966). These brands helped high-end audio broaden its reach into homes, not just in the UK, but around the world.

Bowers & Wilkins merits such a detailed introduction precisely because their contributions to the art and science of loudspeaker design have consistently taken high aim at top performance matched by especially good looks and excellent build quality. The Signature moniker has, for decades, been given to the most finessed and fettled versions of its most popular models.

New to Bowers & Wilkins’ 700 Series range are the floor-standing 702 Signature and stand-mount 705 Signature models priced at $6,500 and $4,000 a pair, respectively. The 700 Series is already the sweet spot in B&W’s model lineup for listeners who want to approach sonic perfection without diving into the deepest end of the audio pool with the 800 Series Diamond.

What immediately distinguishes both Signature models is their top-mounted tweeter housing, milled from a solid block of aluminum weighing more than two pounds. The bullet-shaped enclosure is acoustically optimized to be inert and resonant-free, and contains the 1-inch diameter carbon dome tweeter that extends out to a bat-eared 33kHz.

In the 702 Signature, this tweeter housing sits atop a tall, vented enclosure featuring four cone transducers. The topmost driver is a 6-inch midrange, developed from the 800 Series Diamond, that conveys the heart and soul of voices and instruments. B&W calls it their Continuum cone, a woven composite developed to reproduce transparent and detailed mid-frequencies, a material used in favor of traditional paper, metal or plastic diaphragms. Below this are three 6.5-inch woofers that dive to 28 Hz. Their Aerofoil bass cones have a wing-shaped form that adds stiffness to enhance bass accuracy and dynamics, and eliminates low-frequency distortion.

Sometimes the secrets to nuanced sound remain invisible, like the new crossover inside the cabinet that employs upgraded Mundorf capacitors and more robust heatsinking. The nominal 8 Ohm impedance of both models dips to 3.1 Ohms and presents a manageable load for most amps, with power handling rated from 30W to 300W for floor-standers and 150W for stand-mounts. Combining furniture-grade appearance with audiophile-quality sound, B&W’s 702 Signature and 705 Signature add acoustic and stylistic flourish to any living space.