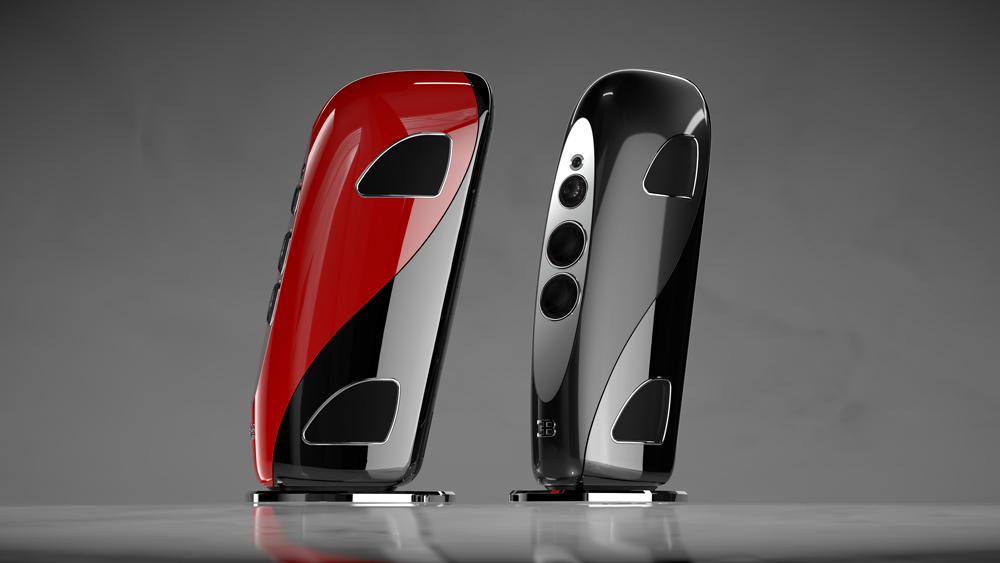 A carmaker like Bugatti has to get everything just right. The marque that builds some of the world’s most rare and costly automobiles can scarcely afford not to aim high, break new ground and exceed every expectation of customers who seek the best of the best. Like Bugatti automobiles, the loudspeakers and electronics made by the small German firm Tidal Audio are a rare sight. Founded in 1999 by entrepreneur and music enthusiast Jörn Janczak, Tidal products, like most best-kept secrets, reward closer inspection, revealing an attention to design and detail that elevate them far above most consumer audio gear. This is why it makes sense that Bugatti and Tidal Audio have collaborated to introduce “the Bugatti of home audio” with a sound system featuring the Royale range of loudspeakers.

The component name refers to the legendary Bugatti Type 41, made from 1927 to 1933. The model became known as the “Royale” for its designer’s intent that it be the most luxurious automobile in the world. A mere seven examples were ever produced and, remarkably, six remain. Fittingly, the design of the loudspeaker and finish of its enclosure emulate that of a modern Bugatti, where sumptuous curves and a brilliant paint finish are embellished with jewellike details. Two themes—Monocoque and Duotone—can be specified with piano gloss finishes, including avant-garde color and material combinations.

Customers can choose to customize with carbon fiber, fabric, leather, polished stainless steel, dark aluminum or precious metal surfaces. The famous Bugatti logo, which renders Ettore Bugatti’s initials as a reverse EB ligature, is rendered in polished stainless and applied to the lower front of the enclosure. A plaque that says “Tidal for Bugatti” adorns the rear. The program launches with “Edition Blanc” and “Edition Noir” versions, each limited to 15 pairs.

These substantial speakers have technical underpinnings that match their aesthetic qualities. The front baffle is made up of a vertical array of four drivers; two woofers atop which are positioned a midrange and tweeter, the latter two employing diamond diaphragms, as do the high-frequency transducers used in Bugatti supercars.

Each large loudspeaker enclosure incorporates four subwoofers—two per side—to plumb the lower octaves. Because it is an active system, each loudspeaker houses dedicated amplification for its complement of drivers, allowing the system to be operated with the elegant Tidal controller, a slim component that connects to a variety of sources, including streaming services controlled with smart devices. Basically, prepare for sonic performance on par with what’s expected from one of Bugatti’s four-wheel creations.