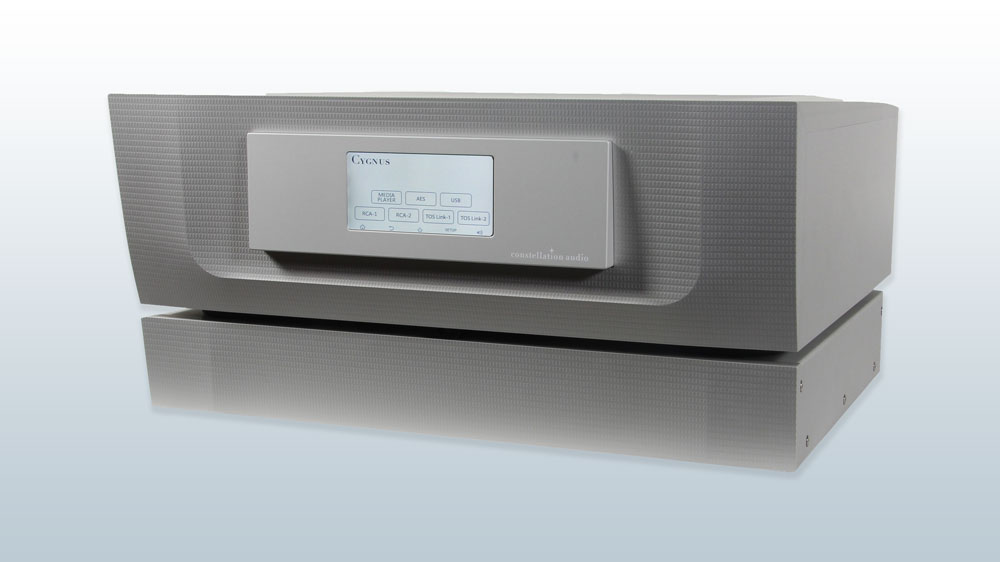 Constellation Audio, along with its much-touted dream team of industrial designers and audio engineers, recently introduced an updated version of the brand’s Cygnus media player/digital-to-analog converter (DAC) at the Rocky Mountain Audio Fest. In addition to its predecessor’s already impressive spec list, the new Cygnus is the brand’s first device with built-in Roon support.

Although the nascent Roon music-system software only debuted in 2015, it has already been enthusiastically embraced by a slew of top audio manufacturers. Roon turns your Cygnus player/DAC into a multiroom home audio system controlled by an app on your tablet, smartphone, or computer. It also plays content from streaming services like Tidal. The software’s best feature, though, is the way it delivers an LP-liner-note-like experience, which delivers a ton of information about the track and artist you are listening to in a dynamic and engaging interface. The software can display lyrics, concert dates, artist bios, photos, and more while you are listening to a song.

Aside from the new Roon support, the Cygnus still offers all of the impressive features it did when the original version came out a few years ago. In addition to five digital inputs for devices like CD players and satellite radio, it also features a USB input that reads music files from hard drives and thumb sticks as well as an optional additional USB port that can be used to connect directly to a computer.

Not content to include just one DAC for each stereo channel, the Cygnus uses separate DACs for the positive and the negative halves of each channel’s audio signal, as well. That puts the grand total at four individual 32-bit, 192 kHz DACs, which ultimately lends the audio even greater detailing. It also includes a custom digital filter that lets you switch between several profiles to best fit the music you are playing. To isolate the audio circuits from electromagnetic interference, the music player/DAC relies on a separate power-supply enclosure, which itself isolates the digital circuits from the analog circuits; this ensures the audio signal remains clean.

Made from machined aluminum, the Cygnus’s exterior possesses a bit more visual interest than the litany of sparse boxes we often see from audio manufacturers, though it is only available in one color. The media player/DAC is priced at $38,000 and will be available before the end of the year.