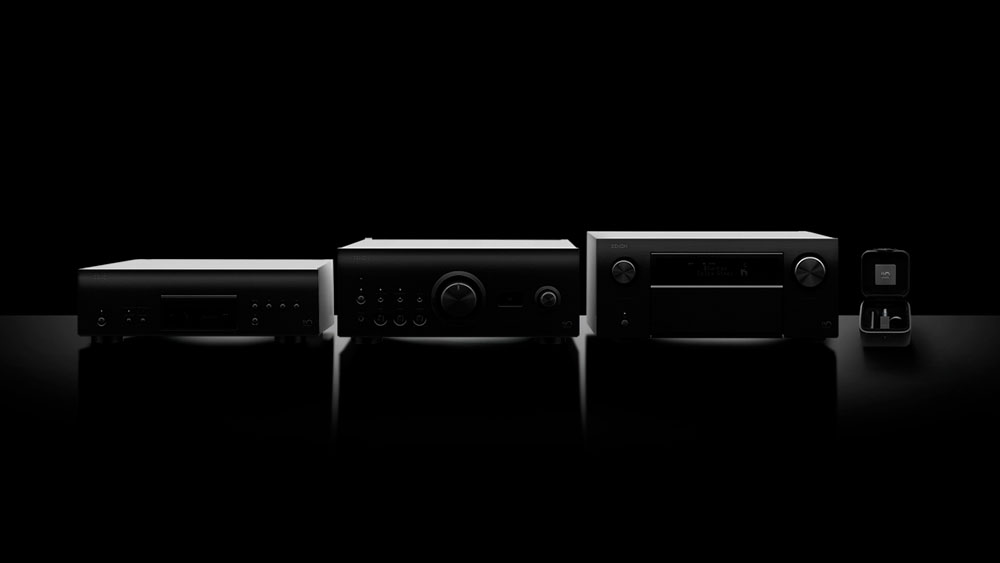 Some of the oldest names in consumer electronics hail from Japan. One is Denon, founded in 1910 by Frederick Whitney Horn—an American entrepreneur who lived in the island nation—whose company produced records and gramophones in the very formative years of audio. By the early 1980s, Denon was at the leading edge of digital recording and playback technology, bringing some of the best CD players to market for professional studios and consumers. In celebration of its 110th anniversary, the brand has just launched four products, each one elevating the company’s offering in their respective categories.

The PMA-A110 Integrated Amplifier, at $3,499, is aimed at two-channel audio systems and delivers 80 Watts per channel, with high-current output to handle demanding speaker loads. Digital sources are accommodated by a premium Quad D/A converter, and analog sources include a phono preamplifier for moving magnet and moving coil cartridges.

Denon has long been a pioneer of CD technology, and its DCD-A110 SACD Player, at $2,999, signals a welcome return with a premium component. The flagship player spins Super Audio CDs (SACD) and standard discs, with a robust chassis and disc transport designed to minimize vibration. Quad D/A conversion, a high-quality digital clock and fully independent power supplies for digital and analog circuits eliminate interference and noise.

The three new Denon components stand out from the crowd with a special silver-graphite finish. Aluminum front and side panels are supported by custom die-cast feet, along with generous use of copper in the chassis for superior isolation from sound-coloring vibration.

Committed turntable enthusiasts have long appreciated Denon’s famous DL-103 moving-coil phono cartridge. Introduced in 1963, it is still handmade at Denon’s factory in Shirakawa, Japan, and remains a favorite of vinyl lovers for its smooth, detailed sound. The new DL-A110 Phono Cartridge, at $599, is now Denon’s top model, and incorporates a silver-graphite headshell with bayonet connector for SME-type tonearm tubes. A special presentation box completes the package.