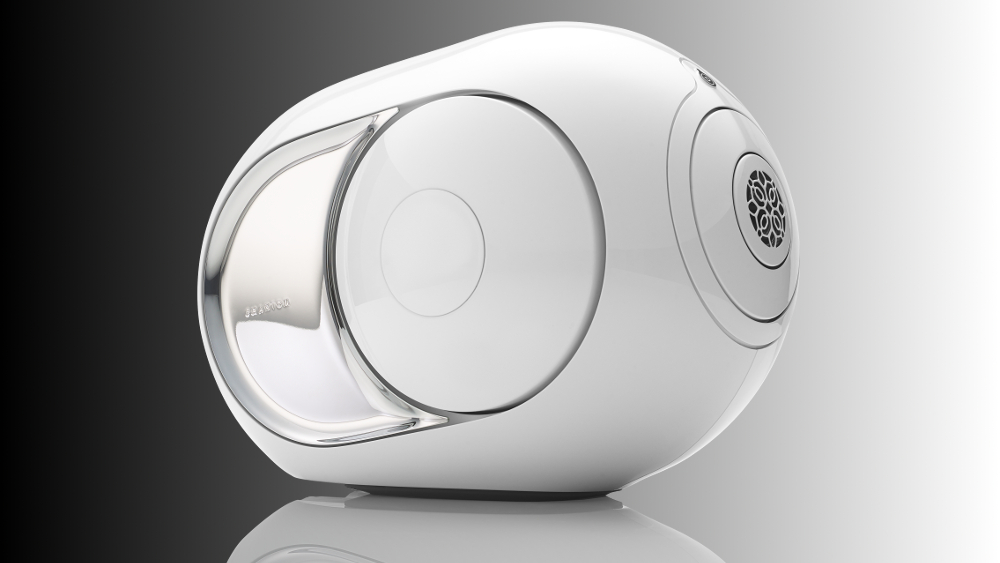 The original Devialet Phantom wireless audio system was introduced in 2015 to widespread praise, earning attention from celebrities like Beyoncé and Jay Z and tastemakers like Karl Lagerfeld. The $2,000 Phantom’s claim to fame lay in its incredible power given its compact size, churning out 750 watts and volumes of up to 99 dB, numbers comparable to that of full-size speaker systems. It was followed by the release of the premium Gold Phantom (a 2017 Best of the Best winner), which increased output to a ludicrous 4,500 watts and was capable of reaching volumes of up to 108 dB—about as loud as a typical live rock concert.

Returning to the line’s roots, the company’s latest release—the aptly name Phantom Elevate—is an upgraded version of the original model that is not only 60 percent more powerful, but also a bit cheaper at $1,690. The major source of the improvement is the integration of Devialet’s second-generation analog-digital hybrid amplification (ADH2), which was previously only found on the Gold Phantom. Like its forerunner, ADH2 employs an analog amplifier supported by digital amps to power the unit’s speakers. However, it does its work much more efficiently, raising the Phantom Elevate’s output to 1,200 watts and generate up to 101 dB—plenty to fill even a large room.

Like all Phantoms, the Elevate really shines on the low end. Using technology the company impishly calls Heart Bass Implosion, the system is able to produce bone rattling bass down to 16 Hz. However, that’s not to say that Devialet neglected the mid and high range; the Phantom’s aluminum tweeter and midrange driver are clear and accurate.

The Phantom Elevate was released earlier this week and can be purchased through Devialet’s website. If you’re interested in gifting the Elevate to someone (or yourself, we don’t judge) this holiday season, it may make sense to put in your order now, as the company is offering a discounted tripod stand with purchases until Dec 10.