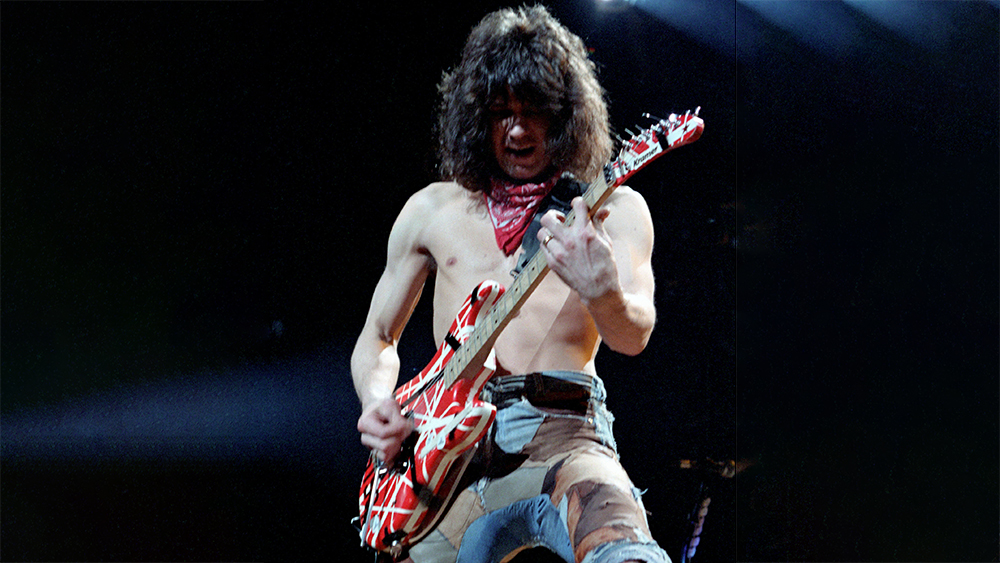 The late great Eddie Van Halen is rightly credited with revolutionizing rock guitar back in the ’80s. The Rock & Roll Hall of Famer achieved all that while wielding many a kick-ass axe, two of which will soon head to auction.

The electrifying guitar virtuoso, who led Van Halen through 50 years and three lead singers, died earlier this month following a long battle with cancer. Along with his undisputed rock legacy, he left behind a pair of electric guitars that he customized, decorated, assembled and signed. The dynamic duo will lead Julien’s Icons & Idols Trilogy: Rock ‘N’ Roll auction which will take place this December. Each guitar is expected to fetch between $40,000 and $80,000.

The first monochromatic masterpiece is a 2004 EVH Charvel Art Series electric guitar. It features a Fender Stratocaster-style headstock, a maple neck and a striking white and black abstract design that’s reminiscent of Eddie’s 1978 Van Halen I guitar. The legendary guitarist hand-applied taped stripes for extra kick and signed the front of the body. He also added “VH 04” and “San Antonio Texas / 9-28-04,” on the lower body to reference the actual gig it appeared at. In true rock fashion, the guitar also sports a cigarette burn to the front. In addition to the instrument itself, the lot includes multiple photos of Van Halen decorating the guitar and playing on stage.

The second axe on offer was modeled after Van Halen’s original Frankenstrat. The customized electric guitar, serial number F 0024, was built by Van Halen and his guitar tech Matt Bruck in the guitarist’s home studio. Featuring a red body with white and black stripes designed and applied by the rock legend, the guitar is inscribed with a special note to Van Halen’s close friend Bryan Cash. It reads “Yo – / Bryan / Let’s get / shucked / up / Eddie Van Halen / 5150.” Van Halen gifted the guitar to Cash in ‘91 after playing at the Centenary Oyster House in Shreveport, Louisiana. The guitar also comes with a white Van Halen guitar pick and two backstage passes to the show.

In addition to Van Halen’s guitars, Julien’s will offer coveted memorabilia belonging to some of the world’s greatest musicians, including Kurt Cobain, Elvis Presley, Michael Jackson, Madonna, Lady Gaga, David Bowie, Aerosmith and more. The auction will take place from December 4 to 6.