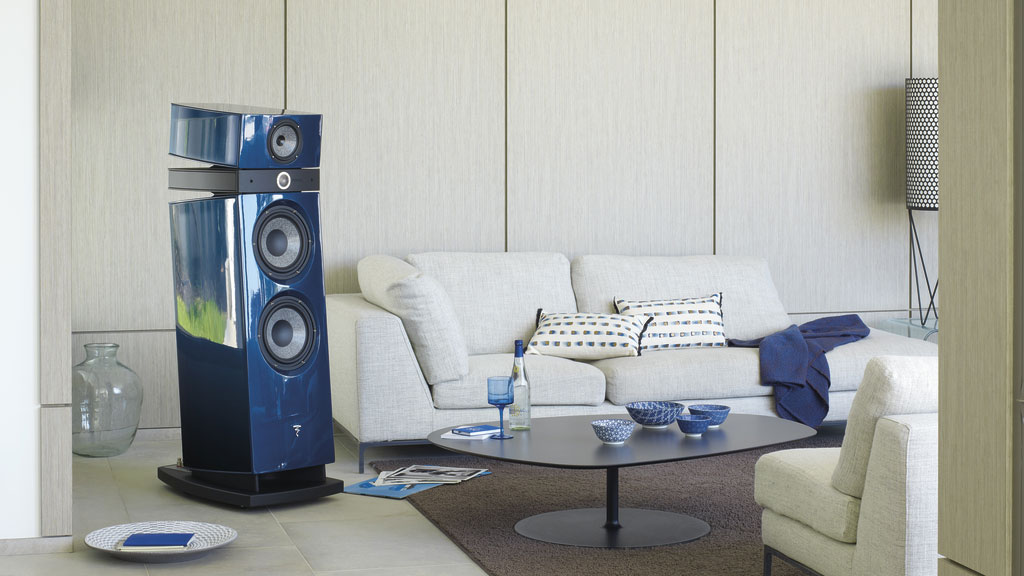 Launched in 2008 and expanding incrementally ever since, the flagship Utopia III line of speakers from French audio manufacturer Focal has now been joined by an upgraded special-edition range dubbed—appropriately enough—Evo. The new collection currently comprises two variations, the Scala Evo and the Maestro Evo, both of which retain the stunning design vocabulary of their forebears while offering technological upgrades to help audiophiles get the most out of their systems.

Both floor-standing speakers share the same basic layout as their respective cousins from the standard Utopia line. The Scala Evo (the smaller of the two models) is equipped with a 10.6-inch subwoofer, a beryllium inverted dome tweeter, and a newly improved version of Focal’s proprietary Power Flower midrange driver, all of which occupy their own, isolated sections of the cabinet. The Maestro is equipped with the aforementioned drivers as well as four additional woofers with a Magnetic Dampening System that allows the bass to adjust to the specific dimensions of the room the speaker occupies.

The Evos also have upgraded crossovers and the gauge of their cabling has been increased by 20 percent to reduce distortion. However, the new feature that will be music to hardcore hi-fi geeks’ ears is the support for bi-amplification, in which a single speaker is connected to two amplifiers: one that handles high and mid-range frequencies and a second amp for low frequencies. This affords discerning listeners greater control over their system and allows them to fine-tune the sound according to their personal preference.

Since its introduction, the Utopia line has been noted for its aesthetic appeal, and the Evos are no exception. The speaker is arranged in a slightly curved stack, with each type of driver housed in its own enclosure. The Evos differentiate themselves, however, with brand new set of three finish colors inspired by the automotive industry: British Racing Green, Metallic Blue, and Ash Gray. (Carrara White and Black Lacquer are also available for traditionalists.)

Though pricing for the two new models has not yet been announced, Focal expects to start offering the Evo for sale next month.