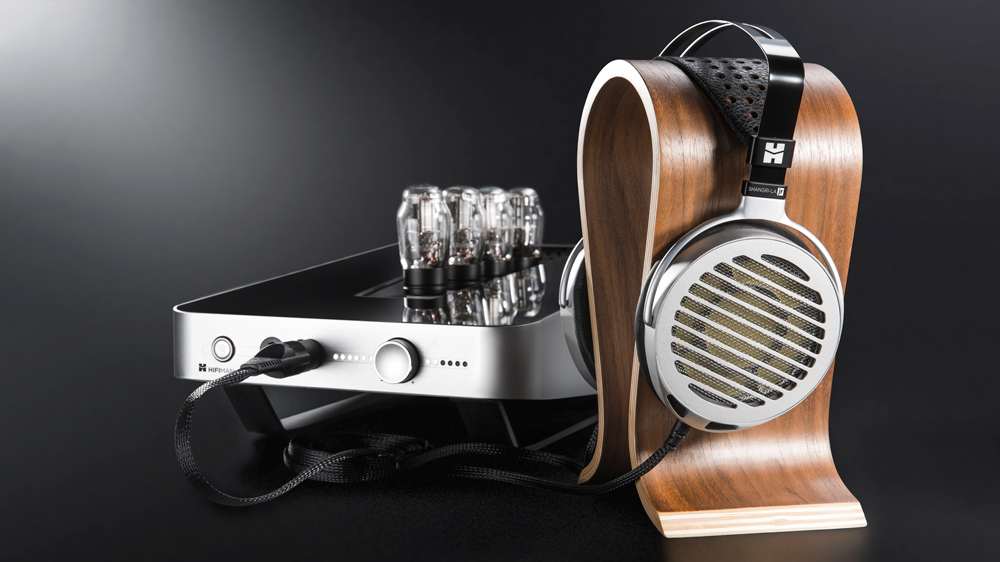 One of the best headphone systems to debut in years now has a little brother. And while the HiFiMan Shangri-La Jr. may be more compact than the original Shangri-La that we gave Best of the Best to last year, but it has the same technology underpinning its design.

Like its predecessor, the Shangri-La Jr. comes with a pair of electrostatic headphones, in which sound is driven by a thin, electromagnetically charged film suspended between two stators with the opposite electromagnetic charge. These stators are rapidly charged and discharged to pull the film back and forth between them, thus generating sound waves.

HiFiMan founder Dr. Fang Bian has long had a fascination with nanotechnology (he even has a doctorate in the subject), so the films used in HiFiMan headphones are exceptionally thin: whereas typical films can be a few micrometers thick, those used by HiFiMan are often less than one micrometer thick. This reduces the overall mass of the film, which leads to less distortion and better high-frequency response.

Perhaps the biggest change to the new headphone system is to the size of the included tube amplifier, which has been condensed dramatically when compared to the previous model—especially its height, which has shrunk from 13.4 inches down to just 4.2 inches. It’s also gone on a diet, shedding 11 pounds. However, this downsizing seems to have had little impact on performance; the headphones can still cover a frequency range of 7Hz to 120 kHz when they are plugged into the amp.

The original Shangri-La amp was quite a work of art—with a bold cantilevered design and a cage surrounding its four tubes. The new device is simpler in its design, but it’s still a beautiful piece of equipment. Its four in-house-built 300B tubes are laid out in a line that runs down the amp’s glossy, sloping black cabinet to the output jacks and volume control knobs on its metallic face.

The price of the Shangri-La was a whopping $50,000 when it came out in early 2017 (in the same ballpark as Sennheiser’s $55,000 HE 1 released the year before), but the Jr. is priced at just $8,000—an absolute steal if it lives up to the company’s promises. Those interested can preorder the set now at HiFiMan dealers and through the company’s website. Deliveries are expected some time in April.