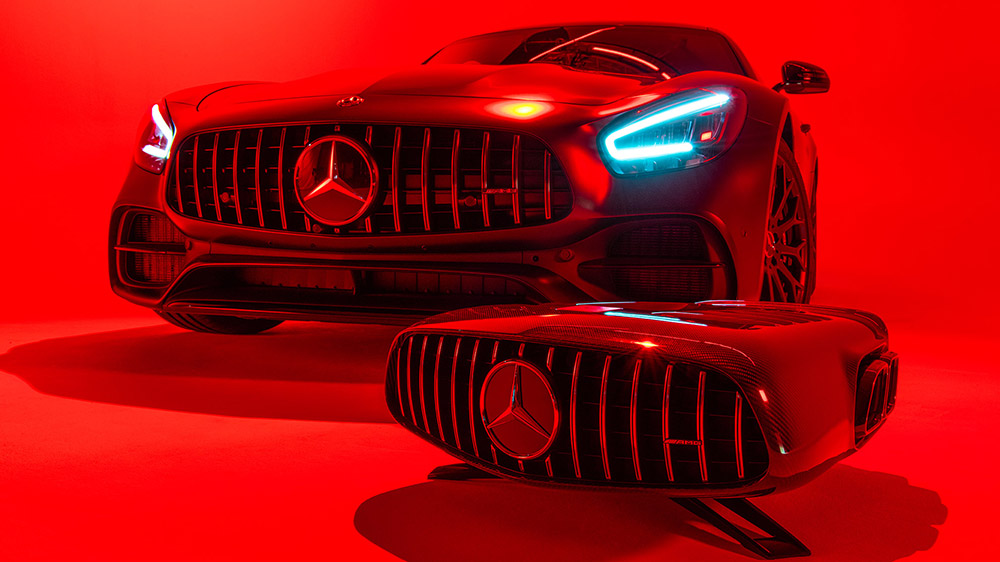 Ixoost is looking to one of the giants of German automaking for inspiration.

The Italian audio company has teamed up with Mercedes-AMG to produce a new speaker based on the latter’s GT sports car. The Bluetooth-enabled device will deliver premium sound and sports one of the more head-turning designs we’ve seen in recent memory.

Ixoost’s new speaker isn’t its first inspired by the world of automobiles. The artistically inclined company has been teaming up with brands like Lamborghini, Pirelli and Formula One for years now. This is the first time the company has joined force with a German marque, though. Based on the looks of the resulting speaker, it won’t be the last.

There won’t be many speakers released this year that are as striking as Ixoost and Mercedes-AMG’s debut collaboration. The device looks just like the nose of the sub-brand’s performance-oriented sports car. It features a chassis constructed from carbon fiber and has a distinctive front grille just like the vehicle it’s based on. Those aren’t the only visual references to the automaker and its car. The speaker also has hood vents, tail pipes, a rear diffuser and a badge just like the one found on the engine of all of AMG vehicles.

Of course, there’s a lot more to this speaker than its unique look. Packed inside the speaker are a pair of bass reflexes and six-inch sub-woofers, as well as four one-inch tweeters. These elements combine to deliver a genuine 360-degree hi-fi listening experience. The speaker, which measures 26 inches long and 30 inches wide, is also surprisingly light, tipping the scales at just 33 pounds.

No price has been announced for Ixoost and AMG’s speaker. Considering the crasftmanship that has gone into the device, we expect it will be steep. One of the company’s Lamborghini models costs $21,000 after all. Looking for something to sit in while listening to the speaker? We have a pretty strong feeling that AMG’s new office chair, which is based on its Perfromance car seats, should do the trick.