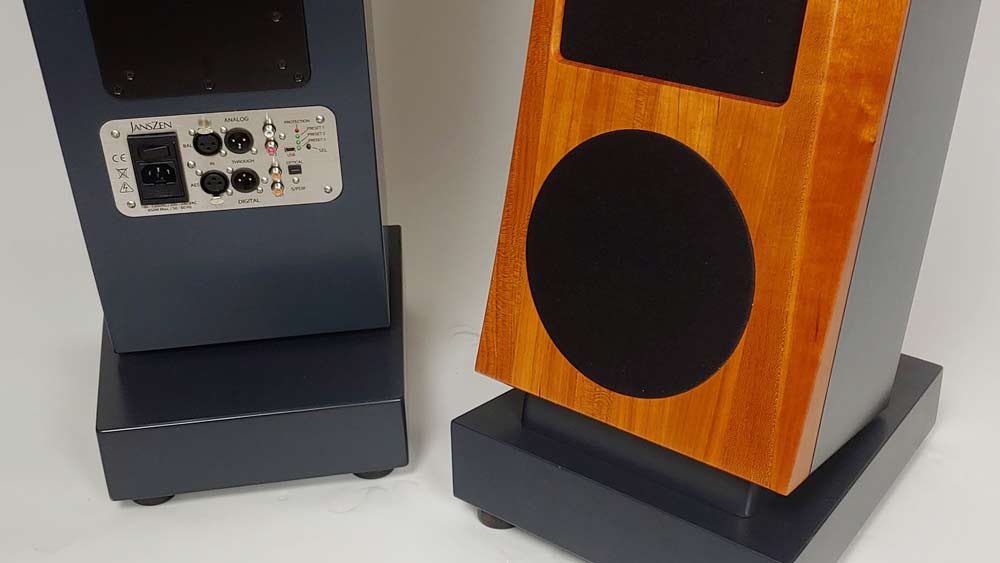 Searching for the sound of angel’s voices? Want to go back in time and hear Coltrane playing live at The Village Vanguard? Or invite your favorite guitarist, unplugged and picking, to perform ten feet in front of you? Creating such illusions is the job of the best loudspeakers. And while many exist, few come up to the task without dragging baggage that entails enormous cost, imposing dimensions or the need for powerful amplifiers.

Imagine a speaker that casts a lifelike sonic image, so transparent and pure as to hang in space, but where voices and instruments are corporeally grounded on a stage as if the performers were in the room. And it does so with an aesthetically pleasing modern design that’s compact, gorgeously finished and—in the grand scheme of high-end audio—remarkably affordable. Again, there are a small handful of loudspeakers that come up to the plate, but none I can think of that are as painstakingly designed and built, and bear the name of a legendary loudspeaker designer. The company is JansZen Audio, and its Valentina A8 is a marvel.

If there were a Mount Rushmore bearing the portraits of audio greats, Arthur Janszen’s visage would be chiseled there. Among his achievements was an electrostatic speaker that went on to become the KLH Nine. That speaker, with Peter Walker’s original Quad, are landmark products that remain references, even today. David Janszen—like his late father Arthur—recognizes the ability of electrostatic transducers to create an illusion of sonic reality like no other driver technology can. His company, founded in 2005, builds speakers whose captivating sound is a result of proprietary electrostatic drivers, combined with lightning-fast dynamic (cone) transducers to reproduce bass and lower-midrange frequencies.

Unlike most “hybrids” that stack a huge electrostatic panel atop a box of woofers, JansZen electrostatics are integrated with conventional drivers in a slim, elegant enclosure that has a furniture-grade finish and a room-friendly footprint, standing about as tall as a guitar. Their sonic presentation, however, is anything but modest—orchestras or rock groups sound full-sized, while soloists assume a human scale and never tower like giants as is the case with some large, tall loudspeakers.

With its components made to order in the company’s workshop in Columbus, Ohio, JansZen Audio offers both floor-standing and stand-mount models, each available in passive (you need an amp with upstream electronics) and active configurations. The Valentina V8 Active is the top of the line, and at $12,750 per pair, is a bargain-packed box that includes built-in bi-amplification (two 500-watt amplifiers per speaker), DAC, preamplifier and remote volume. And built-in DSP (Digital Signal Processing) optimizes bass response to the listener’s room.

Two 8-inch woofers seamlessly cross over with two large, center-mounted electrostatic panels at 500 Hz. Unlike many designs employing electrostatic drivers, the Valentinas are capable of playing at a prodigious volume. For $1,599, owners can specify the SE (Sound Everywhere) option, which integrates three silk-ring dome tweeters powered by an additional internal amplifier. Talk about holographic! With a tweeter mounted on the sides and rear of each enclosure, SE creates an ambient sound field that enhances many multi-track studio recordings, and can be activated or bypassed via remote control.

All told, the Valentina A8 Active system is transparent in a way that speakers employing electrostatics can be, with crystalline highs, natural midrange and—thanks to two fast, responsive woofers—tight, powerful bass. No active loudspeaker comes to mind at anywhere near the price that will better the JanZen Valentina’s performance and build quality.