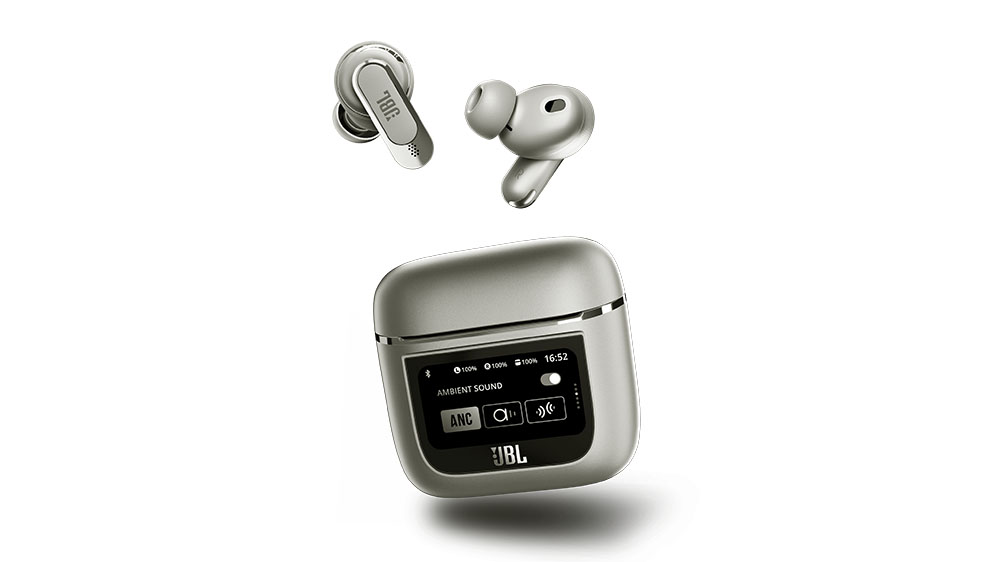 It was only a matter of time. A smart touchscreen case for wireless earbuds was always going to happen. And it appears the audio experts over at JBL are the first to the party.

The US-based audio company has just unveiled its latest pair of premium in-ear headphones, the Tour Pro 2. And while the ‘buds themselves sound mighty promising, what really caught our attention is the touchscreen that adorns the included charging case.

JBL claims the Tour Pro 2’s case is the first of its kind. Take one look at it and the difference between it and those that come with other in-ear headphones is clear—its 1.45-inch LED touchscreen. The display isn’t just there because JBL was able to figure out a way to integrate it into the device, either. Despite its small size, the screen serves an actual functional purpose. You’ll be able to use it to select songs, check the time, change volume, toggle between features and read social media and text alerts without having to pull your phone from your pocket. It will also allow you to monitor battery levels, something that anyone whose put in earbuds only to fine out they are dead will appreciate.

The case would probably feel like more of a gimmick if JBL’s headphones didn’t sound so intriguing themselves. The Tour Pro 2s include everything you expect from a pair of premium earbuds, including 10 mm drivers, active noise cancelation (ANC) with an ambient sound mode and spatial audio. They are compatible with Bluetooth 5.3 and will eventually support LE Audio, according to The Verge. They also have six microphones and VoiceAware tech to better pick up your voice on calls, IPX5-grade water resistance and at least 10 hours of playtime (though you can stretch that to closer to 40 using the case). A quick charge feature allows you to add four hours of battery in just 15 minutes, too.

Looking for a new pair of earbuds that aren’t Apple’s ubiquitous Air Pod Pros? JBL’s new challengers will go sale in the US later this spring. They’ll be available in either black or champagne, both of which will cost $249.95.