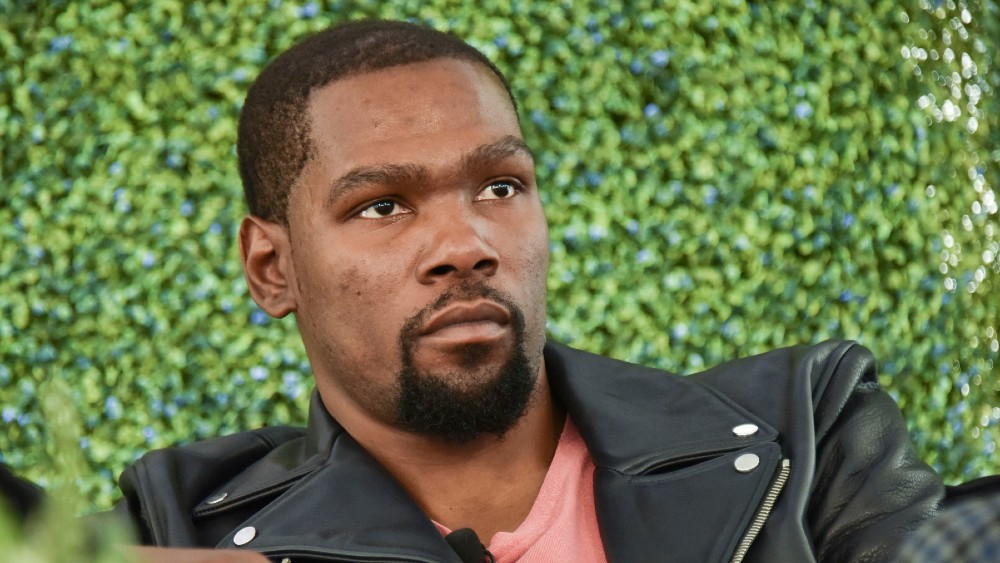 Kevin Durant is switching teams again, but this time it’s off the court.

The Golden State Warrior all-star, who’s appeared in a number of Beats by Dre ad campaigns, is now an investor in high-end audio company Master & Dynamic, according to the Verge. On Wednesday, Thirty Five Ventures, his investment company with sports exec Rich Kleiman, announced that it’s now an equity partner in the New York-based company, known for its design-savvy line of headphones and speakers—which promise sound quality that meets the exacting standards of audiophiles in chic package.

“Music is such a huge part of my life that their products have become an important part of my day to day, and I’m looking forward to some amazing collaboration between our teams,” Durant said.

Master & Dynamic’s CEO Jonathan Levine stressed that the deal isn’t just another a paid celebrity endorsement, telling the website that Durant would “have impact other than just showing up for photoshoots.” While the company didn’t detail what exactly that will entail, it intends to involve the NBA star in the development process of new products “from the ground up,” similar to how he works with Nike to design each new model of his best selling signature shoes.

While a full Durant-designed pair of wireless speaker or over-ear headphones may be a ways off, next month will see the release of a “Studio 35” version of the company’s new noise-canceling headphones, the MW65 ANC, which Robb Report recently recommends for anyone looking for a stylish way to enhance the sound of their favorite tunes. CNET reports that the colors for Durant’s edition have already been picked out, but won’t be revealed until later, hinting that the athlete—who’s been rumored to be considering a move to the New York Knicks this summer—wouldn’t mind some speculation about whether he’s ready to switch teams on the court as well.