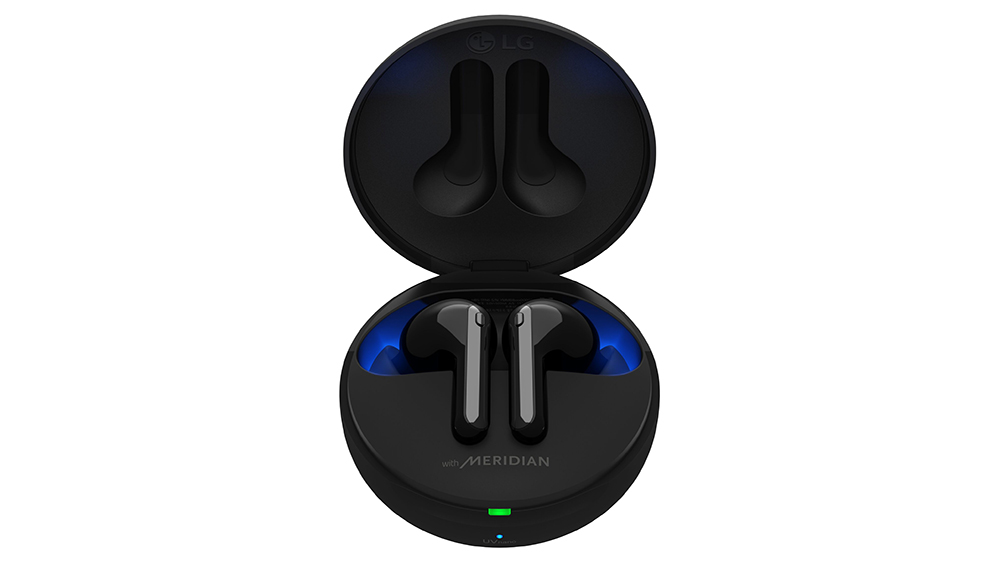 In the rapidly expanding world of true-wireless earbuds, there’s no time to rest on your laurels. That’s why barely a year after the release of LG’s last pair of Bluetooth in-ear headphones, the brand is back with a new set, this time with noise canceling technology and a pandemic-ready case.

On Monday, the South Korean electronics giant announced the launch of the Tone Free FN7, its latest set of wireless earbuds and its first to include active noise cancellation as a feature. Outside of the US, the pair also comes with the brand’s oddly prescient bacteria-killing UV charging case, which debuted in the previous iteration.

Any discussion of the brand’s latest Tone Free earbuds has to begin with noise cancellation, a feature that is quickly becoming standard across the industry. Each ‘bud has three exterior microphones that monitor background sound waves and neutralize distracting environmental noise, according to a press release. This, combined with passive features like silicone tips and a “twist-fit” design, allows the headphones to block out all but what you’re listening to. And whatever song or podcast that’s on play will sound crystal clear thanks to the brand’s Meridian-tuned sound tech, which softens digital signals and makes them sound more natural to the human ear. As for the battery, the earbuds will last five hours with noise cancellation turned on, seven without, which isn’t exactly best in class but will easily get you through your commute.

Of course, in the case of the FN7, there’s more to the earbuds than the ‘buds themselves. That’s because they come with LG’s UVnano bacteria-killing charging case, which was actually introduced with the FN6. The brand promises that the case, which also gives the headphones an extra two hours of juice, will kill 99.9 percent of E. coli and S. aureus bacteria on the inner mesh of the buds. When it was first introduced, the germ-proof case sounded like a neat but superfluous add-on. In 2020, it seems almost essential.

The Tone Free FN7 is available to purchase in South Korea now for roughly the equivalent of $195. The brand promises that the earbuds should be available throughout the rest of the world by the end of the year. Unfortunately, the FN7 earbuds won’t come with the anti-bacterial UVnano charging case in the US. But the case is still available with their predecessor, the FN6. Those ‘buds, however, don’t include noise cancellation, so you’ll have to decide what feature is more important to you.