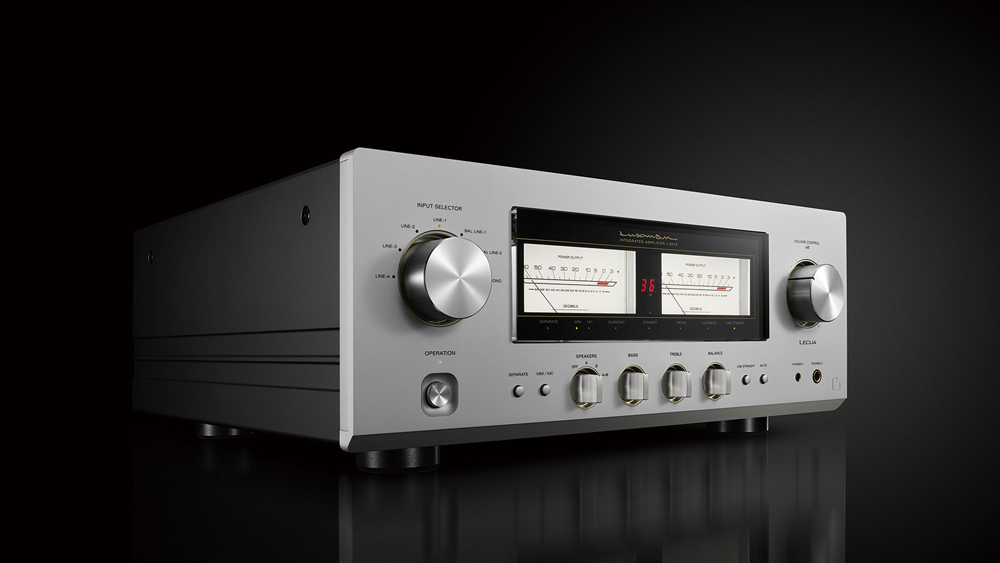 If there is a single species of audio component that has gained popularity over the past few years, it would have to be the integrated amplifier; a single box whose entrails combine a control preamplifier with a power amp, sometimes with a phono preamp and even a DAC and streamer added into the bargain. All of this shoehorning is easily accomplished, and makes for a compact, lifestyle-friendly package that gains instant approval of spouses and partners less disposed to elaborate displays of audio finery.

These all-in-one components even find favor with seasoned audiophiles who may simply be tired of the clutter and complexity of racks, cables, cords and overbearing contraptions populating the room. And while nearly every manufacturer offers an integrated, or even a family of them, few of these represent no-holds-barred solutions that are able to compete in sound quality and engineering finesse with the best separates.

Generally, it comes down to price, and realistically, it’s hard to sell a serious integrated for less than $5,000. In the case of the ones sold in big-box stores, designers are relegated to using op-amps, Class D amplification and other cost-, weight- and space-saving formulas to move these underwhelming products out by the pallet load.

But that, dear reader, is not you. Manufacturers like Luxman recognize that there’s a market for a luxury component like the L-507z. One of Japan’s oldest audio brands, Luxman was founded in 1925 and still designs and manufactures its products in Yokohama. And while it continues to advance vacuum-tube technology, the company is equally on the cutting-edge of solid-state design and has incorporated some truly state-of-the-art features into its newest integrated amplifier.

The formal design of Luxman’s integrated amps is legendary, instantly recognizable from the stoic front panel featuring prominent VU meters that inform as much as entertain. To the right is the volume knob—but not just any. The seemingly straightforward, utilitarian feature is actually nothing of the sort since it’s a LECUA1000 (Luxman Electric Controlled Ultimate Attenuator) with 88 discrete steps that allow for the finest adjustments and preserve maximum detail at every volume setting. The fact that it was first featured in Luxman’s C-900u, a $20,000 control amplifier, is proof that good things in technology can trickle down.

Although the L-507z resembles its predecessor, the L-507uX Mark II, new things are happening inside. Luxman’s Z Series features LIFES1.0, the Luxman Integrated Feedback Engine System. Implemented in the brand’s recent M-10X power amplifier and representing an advance from the previous ODNF (Only Distortion Negative Feedback) amplifier design, LIFES1.0 reduces distortion by controlling anomalies caused by feedback topology that can compromise the accuracy of music reproduction.

Fundamental to the design goal was creating an amp with power and delicacy. The L-507z delivers 110 wpc into 8 ohms, and 210 wpc into 4 ohms, sufficient to drive virtually any speaker. Users get bass and treble controls, four unbalanced and two balanced inputs as well as outputs for two sets of speakers. And, importantly, a phono stage—selectable from moving magnet to moving coil—is also included.

Under the chassis’ impressive machined top plate, a highly regulated power supply with a new EI-type transformer and an array of eight 10,000 µF filter capacitors are visible. Serious headphone listeners will appreciate the Pentaconn 4.4 mm headphone jack on the front panel. Supplementing the standard 6.3 mm jack and using five conductors for balanced output, it improves channel separation and makes the L-507z an excellent alternative to a standalone headphone amp.

The rear panel has a 12-volt trigger, making the L-507z compatible with home-automation systems. And a wireless remote is supplied that also operates Luxman CD players, built since 1996, a thoughtful nod to non-obsolescence. Thick aluminum chassis panels and density-gradient cast-iron feet contribute to a corporeal heft of 56 pounds, a weight as substantive as this $8,995 integrated amplifier’s sound.