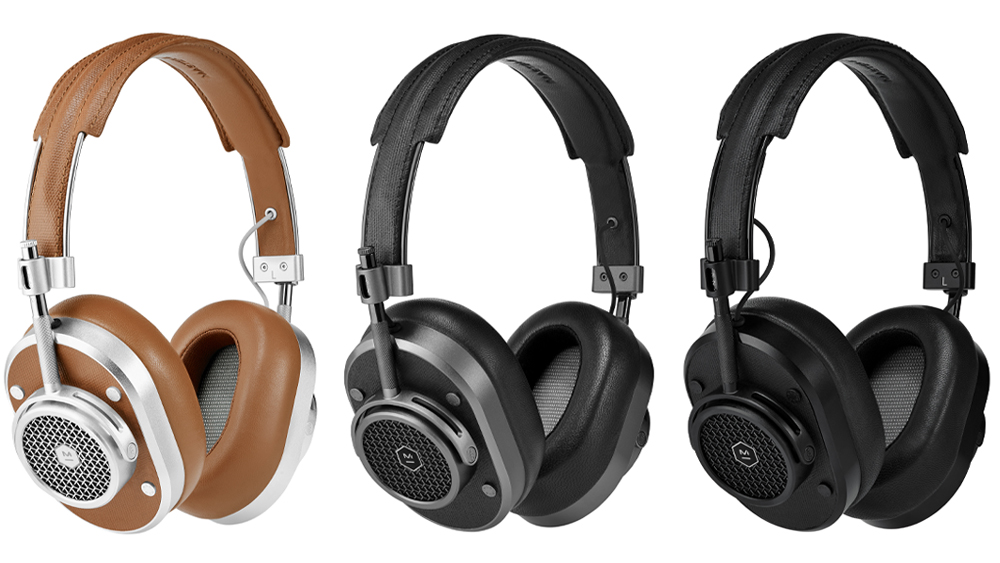 Master & Dynamic is celebrating five years of catering to audiophiles by turning back the clock. To mark its wooden anniversary, the New York-based premium audio company is releasing a wireless version of its very first pair of headphones, the MH40.

The company’s latest set of cans takes the vintage aviator-inspired aesthetic that first turned heads back in 2014 and pairs it with Bluetooth 5.0. Founder and CEO Jonathan Levine felt it was only natural to celebrate five years in business by refreshing the headphones that put the brand on the map.

“Never underestimate beginner’s luck,” Levine joked in an email to Robb Report. “We wanted to design a pair of headphones that would stand the test of time and still inspire people 50 years after launch. The MH40 doesn’t look like anything created before or since and it still stands out from the crowd.”

While the MH40 Wireless looks like the same set of headphones the company released five years ago, they’re actually an evolutionary leap forward. The most apparent difference is the weight. While the body is still made from aluminum and stainless steel, the new headphones are much lighter than their wired older siblings. The ear pads and interior are still lambskin, too, though the heavy grain premium cowhide used for headband exterior and ear cup insets has been replaced with durable coated canvas. The non-wireless tech isn’t so bad, either, with an 18-hour battery life and the ability to be charged to 50 percent in just half an hour.

Thanks to 40mm Neodymium drivers, the new headphones should sound just as rich and warm as Master & Dynamic enthusiasts have come to expect from the company’s many audio products. Though some audiophiles swear that analog headphones sound better, the brand takes pride in producing wireless headphones that match their traditional counterparts. Indeed, this is not Master & Dynamic’s first foray into Bluetooth-driven listening. The MH40 Wireless follows in the successful footsteps of the wireless MW60, which was released back in 2015.

“Some argue that the fidelity from wired headphones will always be superior to wireless/digital signals,” Levine wrote. “For us, superior acoustics remains a key competitive advantage and core competency, whether wireless or analog.”

True to the brand’s notable attention to detail, the MH40 Wireless has hidden an Easter egg of sorts in store for keen-eyed observers. The company has always stamped the coordinates for New York’s Grand Central Terminal underneath the left ear pad of the original MH40 headphones. Now another set of coordinates has been added to the right outer ear cup: Each set represents one of 10 cities around the globe—Amsterdam, Berlin, Paris, London, Lisbon, Hong Kong, Kyoto, Shanghai, Stockholm and New York City—that has a special meaning to the brand and to Levine.  (The relevance of each city is explained on the company blog, Coordinates.)

While the new set of coordinates may not seem like much, Levine said they illustrate how every detail, no matter how small, still matters to Master & Dynamic. “As we’ve become more established in the industry, we have also become even more detail-oriented (some may say obsessive) than we were at the start,” he wrote. “We set high standards for our products as we always want to maintain the positive reputation we’ve built with editors and customers alike.”