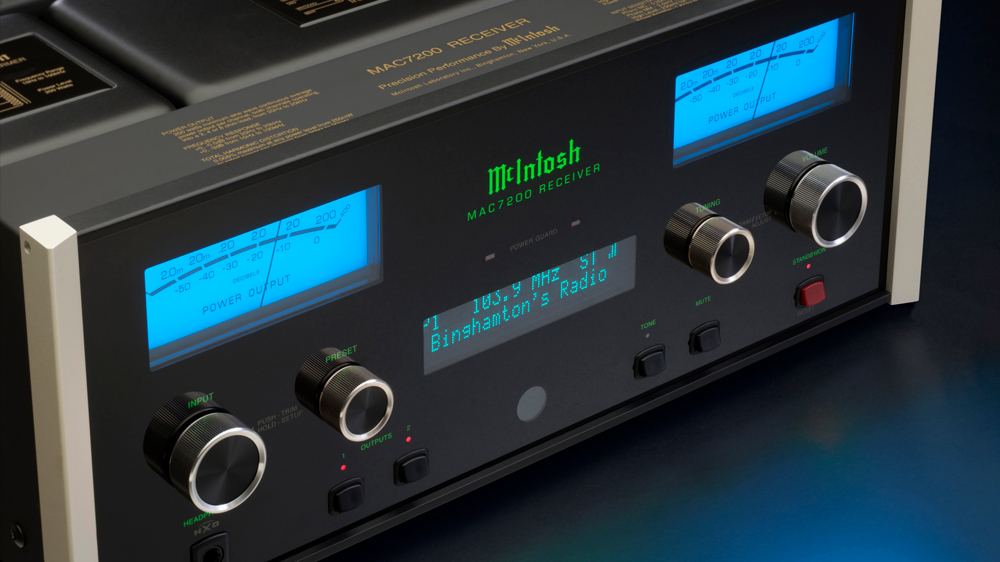 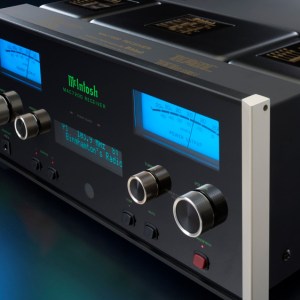 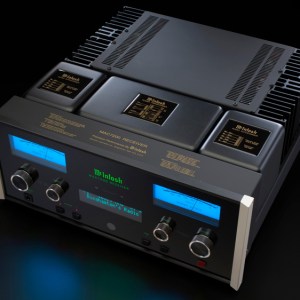 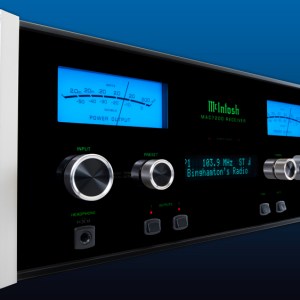 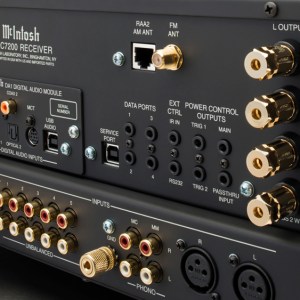 McIntosh continues to update its selection of combination amplifier/preamplifiers with the recent announcement of the MAC7200 receiver. An improved version of the company’s popular MAC6700, the MAC7200 retains the same dimensions and weight of its predecessor while adding new features and additional inputs, making the already convenient device even more versatile.

Generally, receivers and integrated amplifiers are the component of choice to avoid stacks of individual components without accepting the compromises associated with all-in-one hi-fi. Though nearly identical to an integrated amp, the 7200 is technically classified as a receiver because it comes with a built-in AM/FM tuner.

The receiver includes nearly every input one could imagine. A built-in USB DAC with internal decoding capabilities for nearly all popular formats—including DSD and PCM up to 384 kHz—is included for digital listening via computer. McIntosh also caters to analog aficionados with two adjustable phono inputs: moving-magnet and moving coil (depending on the turntable’s cartridge). The system also includes 4 additional digital inputs, 5 single-ended inputs, and 1 balanced input. It also includes all the standard features one would expect from a quality integrated amplifier, such as line-level outputs that allow the 7200 to serve as a pre-amplifier when paired with a separate, dedicated amplifier.

McIntosh has been building radio tuners for nearly 70 years, so it should come as no surprise that its offerings are renowned for their clarity and lack of noise. The tuner on the MAC7200 includes technology like advanced signal monitoring that can help determine the optimal radio position to capture the clearest signal as well as Radio Data System support to display the current song and artist being played. Another key feature on this model is the HXD headphone circuit, which is technology found in the company’s dedicated headphone amplifiers. In addition to more audio-grade components and some input tweaks, the newer model also incorporates some cosmetic changes. All heatsinks now feature McIntosh logo monograms, and the iconic blue VU meters are backlit directly by LEDs.

McIntosh expects to begin shipping the amplifier in late September, with a price tag of $7,000. While not the company’s most powerful integrated amplifier, its 200-watts per channel output makes it a very serious component. At that level, the MAC7200 can drive very large speakers with ease. Considering the variety of other features, this a must-audition for anyone who is looking for a very respectable audio setup with a single electronic component at its heart.