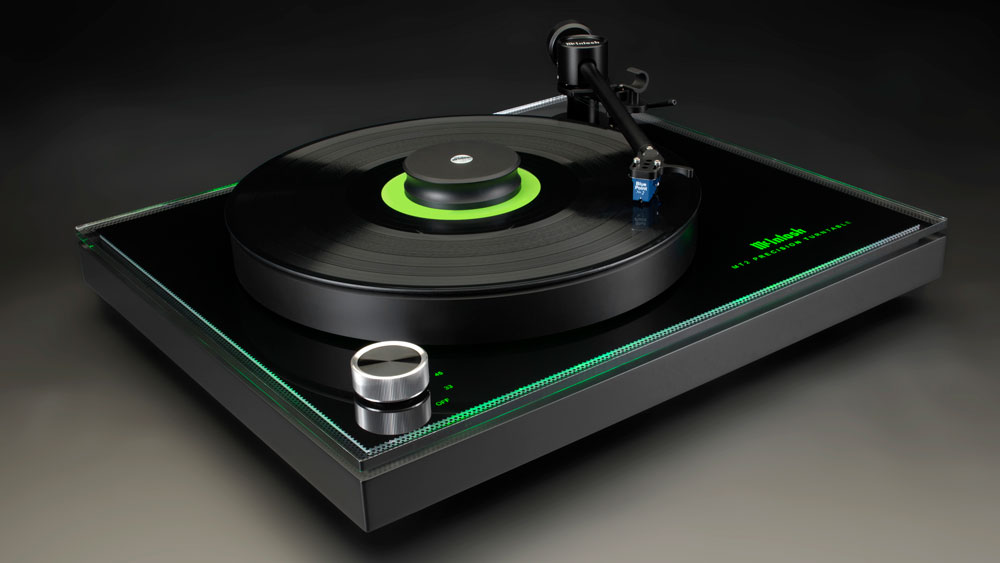 Do you know a millennial who could stand to add a little analog in their life? Or perhaps you grew up a digital devotee and are just now becoming interested in dipping your toe into the world of turntables. Either way, the McIntosh MT2 turntable would make a great first step into the vibrant and vast world of vinyl, which saw record-high sales in 2017.

Although it’s McIntosh’s entry-level model, the MT2 still carries a premium price tag of $4,000 and benefits from the company’s decade-plus experience with turntables. (It released its first turntable, the MT10, in 2007.) A boon for beginners, the MT2 makes initial setup easy, as tracking force, anti-skate force, cartridge overhang, and arm height are all set for maximum performance when it’s boxed up at the factory.

The new turntable’s versatility is also one of its strengths. It is capable of playing both 33⅓ rpm and 45 rpm records, and its moving coil cartridge’s energy output is high enough to be able to connect to your phono stage (perhaps this recent McIntosh receiver with a built-in phono stage) using not just a moving coil input, but also a moving magnet coil input—making it easier to integrate the new device into a preexisting setup. The cartridge’s high output, along with its high impedance, also helps reduce unwanted noise.

The MT2’s outer platter is made from a more-than-1-inch-thick polymer that both absorbs and resists vibration from outside. The inner platter, on the other hand, is made from sturdy milled aluminum. The DC motor spinning the platters is powered by an external power supply—a configuration that keeps the device’s vibrations from causing interference with the record player. Though not its typical product, the brand’s signature styling is reflected on the new turntable, which features glowing green LEDs on the front of the device and a shiny, metallic volume knob on the chassis. And while it wouldn’t make our list of most beautiful turntables, it is a smart-looking device.

The McIntosh MT2 is priced at a reasonable $4,000 and can be ordered at authorized dealers now; deliveries are expected to begin before the end of the month.