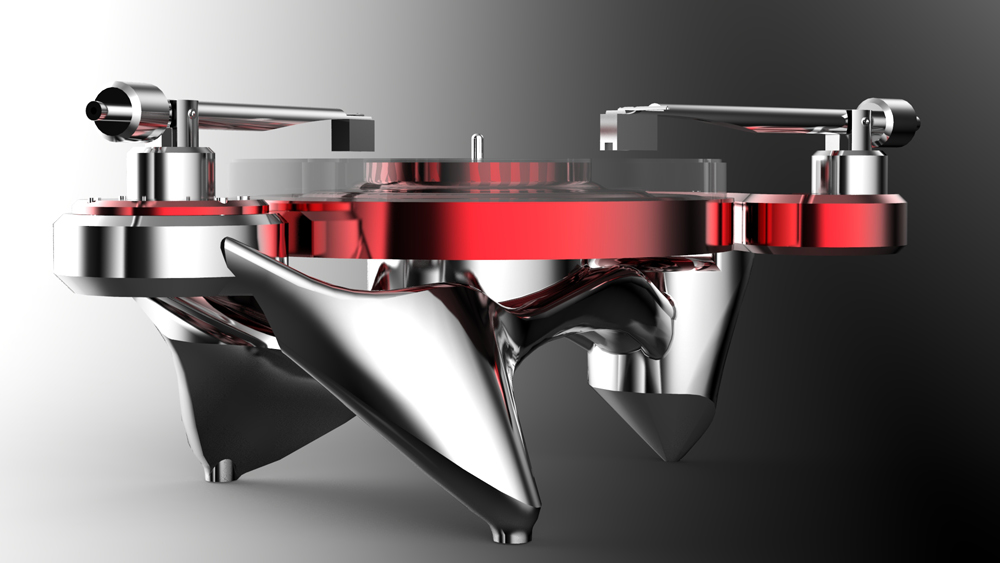 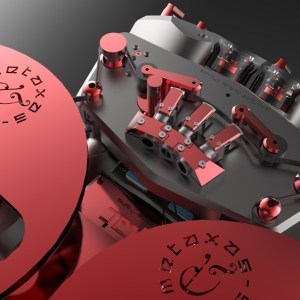 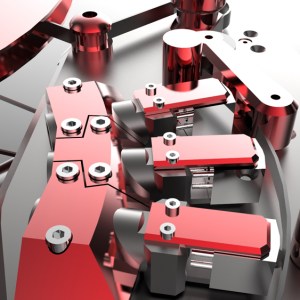 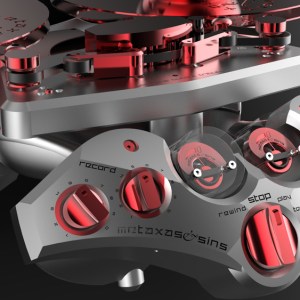 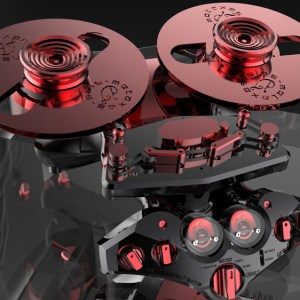 There is a misconception that high-end audio equipment is by necessity aesthetically lacking or—at the very worst—tacky. Case in point: eBay recently began running a commercial in which a man on a couch flanked by two boring stand-mounted speakers tries unconvincingly to explain to a female companion that while he “wish they looked cooler . . . speakers are all about sound.” And while this may sum up the attitude of some high-end audio brands, there are others, such as Metaxas & Sins, that are just as concerned about the artistry of aesthetics as they are about superlative sound.

Bold design is baked into Metaxas & Sins’ DNA—from its curvy, windswept Sirens speakers to the skull-shaped Marquis Memento Mori headphone preamplifier we covered last year—and its new Phonographic Perambulator (turntable) and GQT R2R Tape Recorder (reel-to-reel player and recorder) are no exception. Both devices feature an aluminum-and-red color scheme that, along with their swooping curvilinear lines, give them an air of sensuality.

Details about the new products’ specifications are currently hard to come by, but we do know that the GQT in the reel-to-reel recorder’s name stands for “Georges Quellet Tribute” in honor of the founder of Stellavox, whose SM8 recorder heavily inspired Metaxas’s version. In fact, it stays so true to its source material that it works almost entirely mechanically, eschewing computer-controlled hardware in favor of discrete transistors and parts similar to those used in vintage equipment from audio’s golden age in the 1960s and ‘70s. It will be able to play either 468 or 911 0.25-inch tapes.

The turntable is marked by a base milled from aluminum and titanium with an organic, free-flowing form and a crimson platter topped with an acrylic platter mat. Other than the fact that the belt-drive system is provided by the Swiss company Maxon Motor, that is about all we know about the turntable for now.

Both devices will debut publicly at the Munich High End show in May, but are available for preorder now. The GQT R2R Tape Recorder is priced at $55,000, while the Phonographic Perambulator No. 1 is priced at $35,000. But the time to move is now: only 3 reel-to-reels and 5 turntables are unaccounted for.