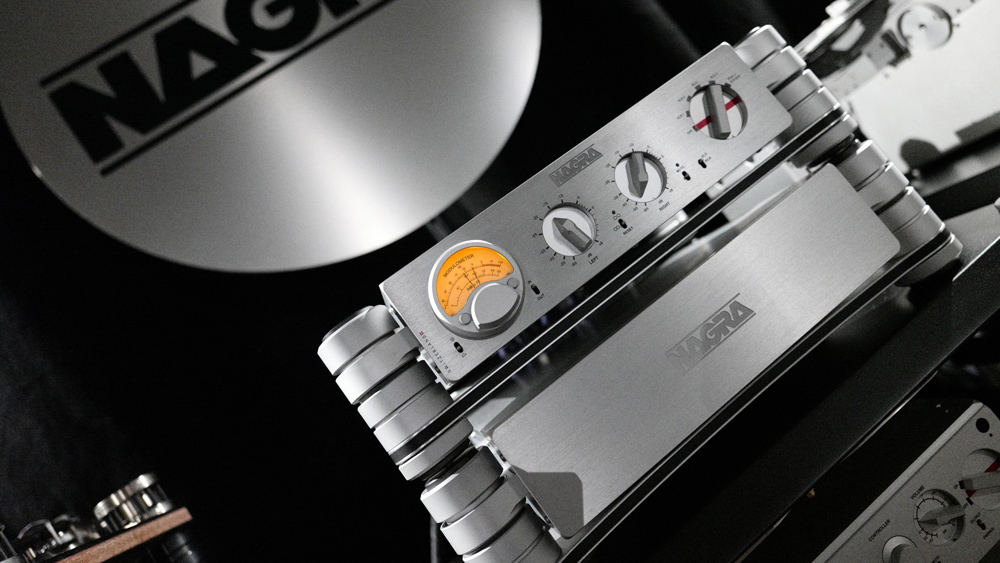 Founded in 1951, Swiss audio manufacturer Nagra originally focused on building professional recorders for radio journalists as well as the film and television industries. However, the company eventually branched out and began producing consumer audiophile equipment, releasing the first of these items, the PL-P vacuum tube preamplifier, in 1997.

Now, to celebrate the 20 year anniversary of the PL-P, the company is releasing a brand new preamp designed from the ground up. One of its most ambitious projects to date, the HDPreamp is the result of three years of work by the brand’s ten-person R&D department. Like its predecessor, Nagra’s new device is a vacuum tube model distinguished by a large, glowing modulometer on its face rather than a VU meter, but that’s where the similarities end.

The HDPreamp utilizes a new SuperCapacitor power supply, which offers a very low level of noise—similar to a battery—while still delivering the high-current capacity of a linear power supply. The preamp offers an impressive 160 dB of signal to noise and a mind-boggling frequency response range of 5 Hz to 200 kHz.

It also has a 50,000 ohm input impedance and a 0.2 ohm output impedance, giving it the capability to drive any amplifier available. To ensure the signal is not affected when the device is in operation, it rests on a specially designed vibration-free stand that helps eliminate resonance.

The Nagra HDPreamp is priced at $59,500 and available now.