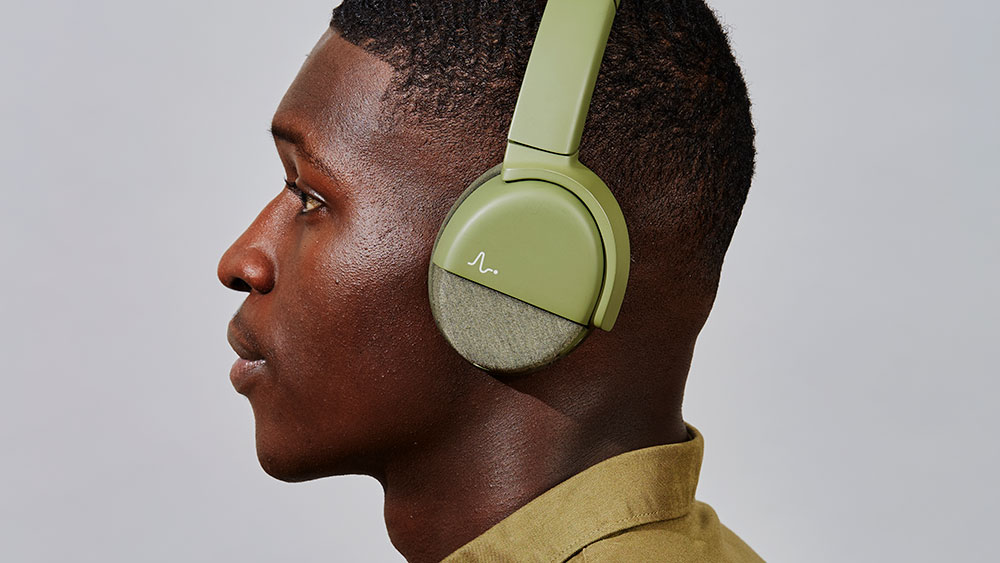 Think of Enten like an Apple watch for your mind. These high-tech headphones are equipped with sensors that scan your brain for electrical activity; the firm’s proprietary AI then processes that data and produces a user-friendly reading via a Bluetooth-connected app. As a result, for example, Enten could increase the noise-canceling function if the sensors detect your distraction is rising. Perhaps instead you need music to focus—these can-do cans will suggest the songs that keep you in a flow state. After a few days of wearing them, you could even develop a daily routine that ensures you sidestep your sluggish hours: planning a workout for mid-afternoon when your brain is at its gooiest. Then again, perhaps it’s your surroundings rather than timing that are a trigger? Tracking geolocations, Enten might warn you away from the kitchen, where you’ll always make an excuse to grab a snack.

“Our sweet spot is making people feel better about how they perform,” explains Adam Molnar of the Boston-based startup Neurable which is making the device.

He and his co-founder Ramses Alcaide developed their futuristic neurotechnology while graduate students at the University of Michigan six years ago. Neuroscience is predicated on reading and understanding the brain’s electrical signals, which has long required expensive, unwieldy lab equipment. Put simply, the pair cracked the puzzle of how to bring those sensors out of the lab and still produce dependable brain data. “It was a balancing act,” Molnar says, “The best analogy is to think of data as fuel for your car—if you have a Ferrari, and you’re putting garbage into it, it’s not going to go well.”

The duo then set about collecting data in real life situations, amassing enough to feed it into an AI that could analyze it, resulting in actionable suggestions. “There are neuromechanics going on in your brain, patterns that can be read, which are indicative of low or high attention, and over a few experiments, we can color in a picture of what a measure of attention would be,” the CEO tells Robb Report. “Maybe we see reaction time decrease, and make a mistake—that teaches our algorithm what distraction might look like.”

The commercial version of these headphones, of course, will harvest data from users to help finesse its function, but Molnar is emphatic about the company’s commitment to privacy, noting that Neurable works with external watchdogs to ensure its security is absolute.

The startup is technically a BCI company—that’s brain-computer interface—so for its technology to function, sensors must be attached to the head.  That’s one reason they embedded them in headphones. The other was more pragmatic, Molnar admits. “[They] fit within a behavioral paradigm people understand—you ask someone to put something on their head they don’t want to.” (Yep, we’re looking at you, Google Glass.) As they tested the technology in the lab, Molnar and his team mulled developing devices for various purposes—think meditation or stress relief. Crowded markets, they recognized, but saw an unfulfilled niche addressing focus. Such a goal, of course, also syncs well with Silicon Valley’s obsession with self-optimization, though Molnar says he doesn’t want Enten to become another tool in that race.  “Look, I know people who measure their stool monthly to see if they have the best nutrients, so they might live two years based off the idea of one scientific paper,” he laughs, “We’re building human tech that’s intended to help you better understand yourself, and we’re just giving you a new way to listen to yourself.”

And to music, of course. The headphones, which debut next year and will cost $400 per pair, are intended to be premium audio devices too—the firm hired a former Bose VP of product to ensure that. “We need them to be good for someone who wants to wear them,” Molnar says, “They have very clear microphones, noise canceling and high quality audio. They also just happen to feature a whole new tech suite inside them.”