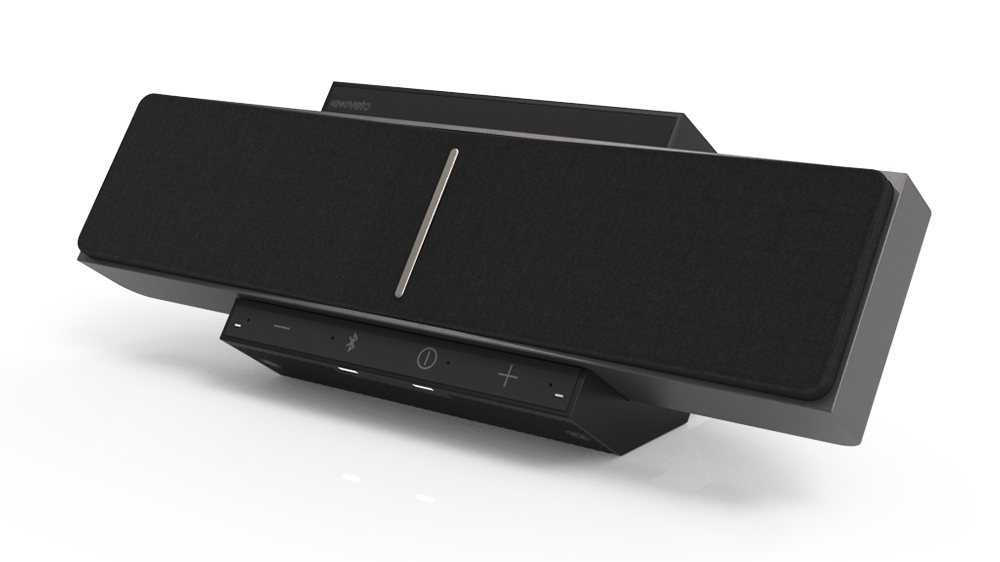 Spend a bit of time with a pair of high-quality wireless earbuds and you’ll soon discover how nice it is to not have to worry about any annoying cords. But what if you could listen to your favorite music without headphones entirely? A new audio device promises to give you the ability to do just that.

Noveto Systems has just unveiled the SoundBeamer 1.0, a new gadget that has the potential to revolutionize the way we listen to music, according to the Associated Press. That’s because you don’t need a pair of headphones or a speaker to listen to the device; instead, it “beams” music and sounds directly into your head.

The Isreali audio company is promising an entirely new way of experiencing sound with the SoundBeamer. Using a 3-D sensing module, the device, which looks like a chunky Bluetooth speaker, locates and tracks the position of your ears in real time and projects ultrasonic waves at them. This creates “sounds pockets” around both ears, in which you, and you alone, can hear full three-dimensional sound. While moving your head out of the beam’s path will cause the audio to disappear, the device has a setting that allows it to follow the movement of your head.

And, since you aren’t wearing headphones, you’ll also be able to clearly hear other sounds around you. Because of this, the company believes the tech will have practical uses both in the office and at home.

“This is what we dream of,” SoundBeamer product manager Ayana Wallwater told the AP. “A world where we get the sound you want. You don’t need to disturb others and others don’t get disturbed by your sound. But you can still interact with them.”

While Novetto officially launched the SoundBeamer last week, you won’t be able to get your hands on it just yet. The company is hoping a “smaller, sexier” version of the device to go on sale in time for next year’s holiday season.