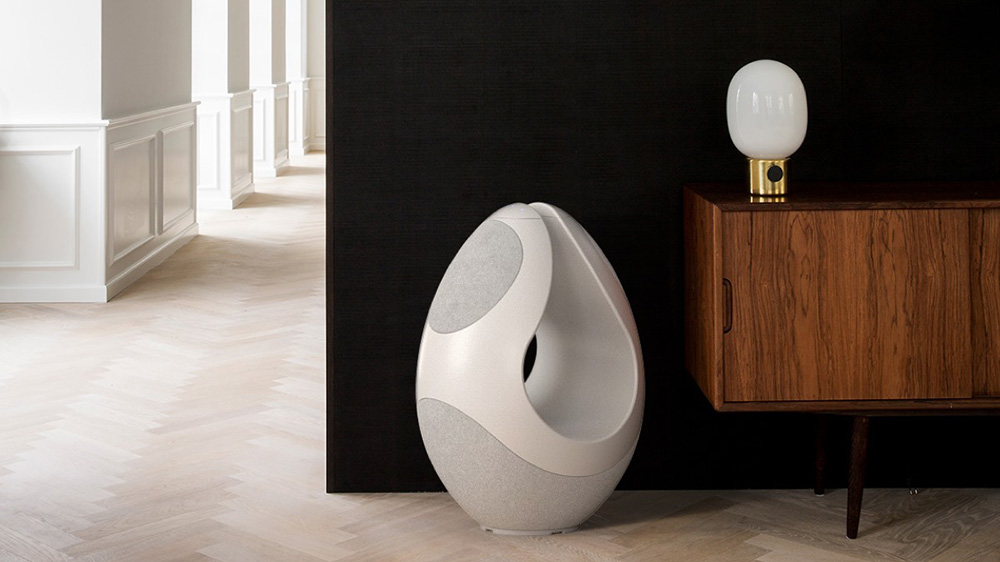 Music is art. And despite algorithm-based radio stations and playlists that have made songs feel more disposable than ever before, a new all-in-one speaker from Pantheone is here to make sure you never forget it.

That’s because the Australian design firm’s first speaker, the Pantheone I, looks more like a sculpture that belongs in a museum than a piece of high-end audio equipment. Despite its bold and unorthodox appearance, the new wireless device still offers listeners a top-notch aural experience.

The Panthone I is the brainchild of the company’s CEO Oren Adani and head acoustic engineer Adrien Stachowicz, both of whom are audio industry veterans. Its striking egg-like shape is a direct reference from the actual Pantheon in Rome. But that’s not the only inspiration the device draws from the giant domed structure. The speaker’s design allows it to projects sound in 360 degrees, which is meant to mimic the sensation of hearing sounds inside the ancient temple.

As stylish as the device may be, it was designed with premium sound quality in mind. It’s made from rigid artist-grade resin that helps dampen vibrations throughout. This, along with its with its curved aesthetic, helps the speaker produce a more natural acoustic sound. The use of resin also means that the unit tips the scales at a solid 55 pounds.

Because this is 2020, a speaker’s performance is judged by more than just sound quality. Luckily, the company has outfitted the elegant speaker with plenty of high-tech features. It can be controlled via a smartphone app that works on both iOS and Android devices and supports all the major streaming services, including Spotify, Amazon Music, Tidal, TuneIn and Apple Airplay. It also also features Bluetooth and WiFi connectivity, plus you can plug in your phone or media player with an old-fashioned aux cord.

The Pantheone I is available in either black or white and can be purchased now through the company’s website for $2,190. And if one speaker isn’t enough for you, fret not because you can sync multiple Pantheone Is together to project pristine sound throughout your house.