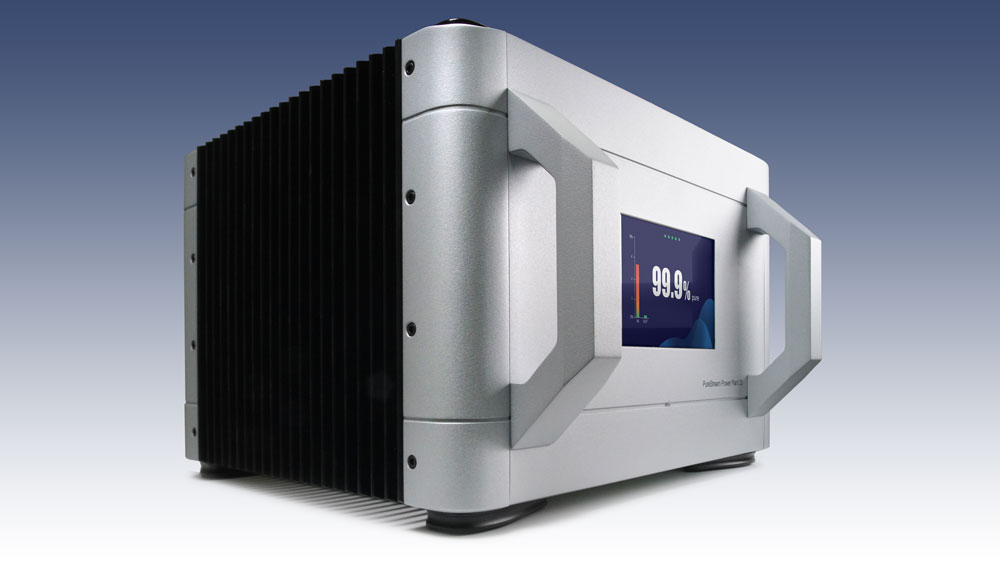 For the truly obsessed audiophile, a surge protector is simply not enough. Enter PS Audio, which recently released the P20 Power Regenerator—the newest entrant in its pioneering line of regenerators—to solve this exact concern.

Home audio sound systems usually rely on AC power sourced from wall outlets. These sources, however, vary greatly depending on a home’s location and wiring, often yielding power that is inconsistent and polluted by other sources. It is not uncommon in many homes to see the power from a standard outlet degrade when a major appliance turns on—often in the form of dimming lights—and older homes in cities with aging power grids are also susceptible to low-quality power.

To meet this demand, a number of companies have stepped in with power conditioners, which protect from transient power spikes and ensure that a precise 120 volts is provided to the connected components. PS Audio took that a step further by pioneering power regenerators for audiophile use, which rebuild the entire power current from the wall input to provide audio components with clean and consistent power. Those who believe in the efficacy of power conditioning and regenerating note that their effects are most discernable in music dynamics; when an amplifier pulls in extra power for an especially loud passage, clean power is a key element in making those dynamics hit as hard as possible.

The new P20 is a significant improvement over the company’s popular P10 model, which only has 10 outlets. The P20 has 16 available outlets separated into five zones, including two zones dedicated to devices with high-current needs like large-power amplifiers. It also includes a color screen on the front of the chassis that displays information about the power being supplied to each outlet.

Some of the most obsessed audiophiles will pay to have dedicated power lines hooked up to their homes, but for those who don’t want to go to such extremes, a power regeneration solution from PS Audio might be the answer.

The P20 was announced during the lead-up to the Rocky Mountain Audio Fest, although pricing has not yet been revealed. It is expected to begin shipping in December.