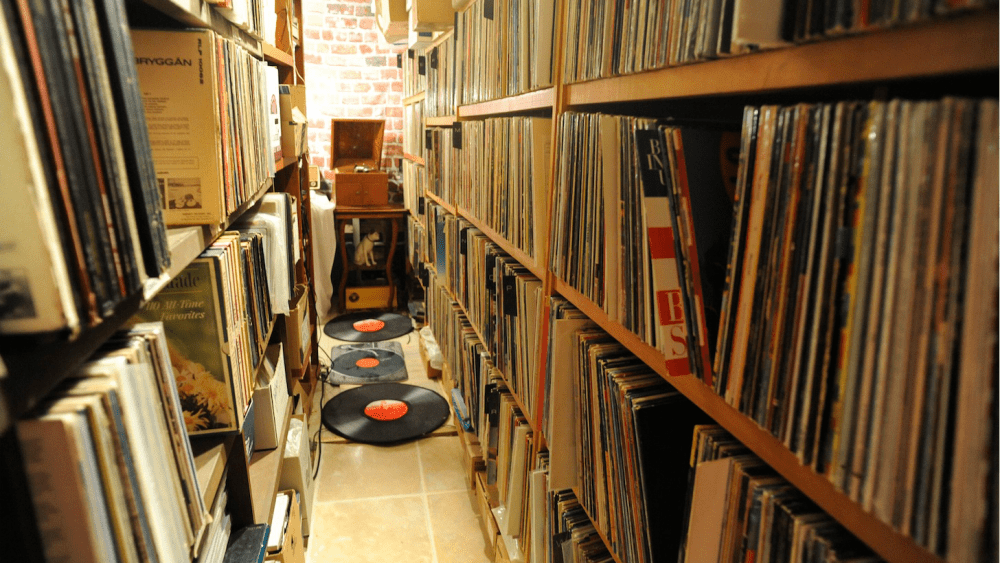 Amassing a respectable vinyl collection isn’t just a hobby. It’s a discipline, often taking years to groom and perfect. But one private record collector is willing to help you bypass that decades-long process by putting a vast collection of rare records up for sale in its entirety.

The catalogue, dubbed the VIP RPM collection, consists of an impressive 7,000 LPs, 45s and 78s. Thousands are still factory sealed and have never been played, including records from Eric Clapton, Queen, Rush, The Who, The Rolling Stones, Led Zeppelin, Elvis and more. And it’s carefully organized by genre, with tunes from the ’60s to jazz, as well as soundtracks, compilations and comedy.

Some of the rarities in the VIP RPM collection.  Photo: Courtesy of VIP RPM

Perhaps even more enticing, some of the vinyl here never even went to retail. The owner—who is choosing to remain anonymous—was allegedly a music industry insider who had exclusive access to publicity material, test pressings and unreleased recordings.

One of the collection’s most prized pieces is the extremely rare “Motown Yesteryear Series,” a complete 25th anniversary catalogue of every 45 the Motown record label ever released. And it’s the total package, with all 191 records in consecutive order and never before played. Many of vault’s records are easily worth over $1,000 a piece, but value of the pristine Motown series could be in the hundreds of thousands.

A closer look at the VIP RPM library.  Photo: Courtesy of VIP RPM

The collection also boasts vintage merch, with collectible posters and stickers from Prince, The Beatles, Pink Floyd, David Bowie and Aretha Franklin. There’s even a mail-in card to join the KISS fan club, in case you missed the memo back in ’85.

VIP RPM’s representatives remain tight-lipped about the collection’s selling price, but they insist it’s certainly a million-dollar trove. If that sounds like music to your ears, we’d recommend paying a visit and perusing the shelves a bit. Set up a tour via theviprpm@gmail.com.