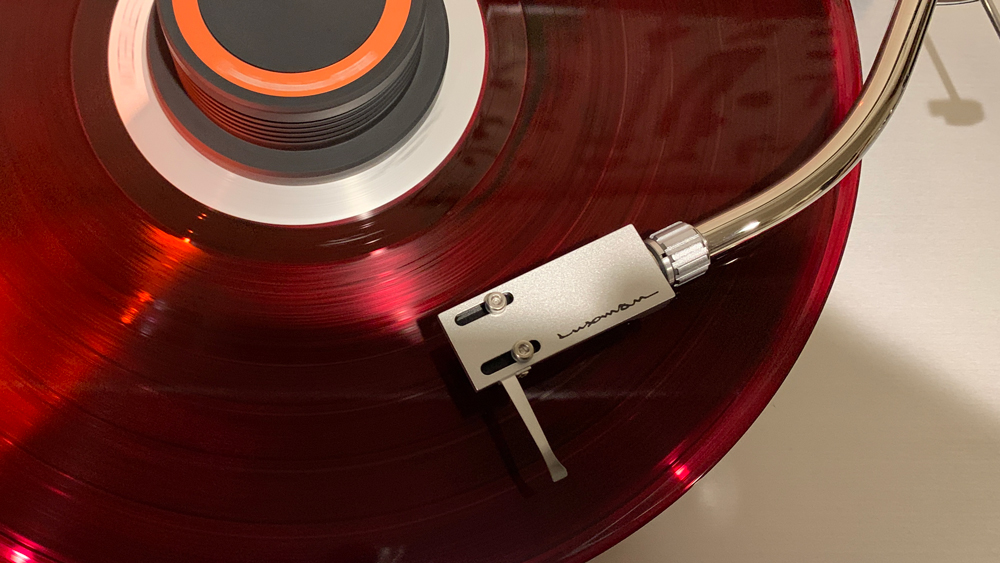 Life is complicated enough already, so I like to keep things simple whenever I can. Take men’s clothes, for instance. Why mix brands when settling on a single design house like Isaia ensures that everything works together. If I look like a clown, at least it’s on purpose and not from my own sartorial ineptitude. After all, I’d rather spend time deciding between LPs than sport coats. Better to leave such stuff to the experts.

Building an audio system is like that too, and it takes a bold visionary to mingle electronics from different brands, especially preamps and amps. Products designed by the same engineers, under one audio house, generally ensure system synergy, with everything from technical specs (input and output impedances and voltages, for instance) to sonic attributes (call it a house sound) complementing instead of compromising one another. Taken one step further, imagine when sources like CD, DAC and even a turntable carry the same brand’s “DNA.” Then consider cables—often overlooked but vital links that can be as critical to a system’s sound as the components they connect—and you see where this is going.

In one-brand systems, the sonic picture starts to come into focus in a way that rarely happens when products from umpteen manufacturers are thrown into the blender with the hope of achieving a unified sonic whole. And, by the way, there’s no question that aesthetically, the system will actually “look of a piece.”

The truth is, very few audio outfits offer a complete “stylus-to-speaker” customer journey. But Japanese manufacturer Luxman just came one step closer with the addition of a phono cartridge—its first in 40 years—to add one more jigsaw piece into the puzzle. Apart from loudspeakers, audiophiles can now assemble an all-Luxman system from the music source (vinyl or CD) all the way to the gold-plated spade lugs on the company’s top-of-the-line speaker cables.

I recently mounted Luxman’s brand-new LMC-5 moving coil phono cartridge to the company’s PD-171A turntable (recently replaced by the PD-151 Mark 2) to build an all-Luxman analog front end, a welcome sight in today’s world of music streaming through iPads. Alternately, digital is superbly handled by Luxman’s D-10X CD/SACD Player with built-in DAC. Both sources are connected to a Luxman CL-1000 vacuum-tube preamplifier with a built-in moving-coil phono stage, everything wired with the 15000 series interconnects.

Power, such as it is, comes from the MQ-300, a vacuum tube SET (single-ended triode) amplifier that makes eight glorious watts per channel, thanks to its pair of handmade Takatsuki TA-300B triode output tubes. The 15000-series speaker cables push the amplifier signal to a few different loudspeakers well-suited to low -power amplification (a subject for another time). AC to everything is supplied by Luxman’s 15000-series power cables.

The MQ-300 vacuum-tube amplifier is a single-ended design that delivers 8 glorious watts per channel.  Luxman

I doubt that Robb Report has ever devoted more than a few sentences to a phono cartridge, much less a story inspired by one. That such a little object as a cartridge can so greatly affect the sound of a system is a fact not lost on vinyl acolytes. Some might even argue that the cartridge is the most important part of an analog rig, which includes the turntable, its suspension, platter, drive system, motor, power supply and tonearm.

A phono cartridge is a miniature work of art, every bit as much a manufacturing marvel as is a mechanical watch movement. To trace the micro-grooves of a vinyl record, a cartridge uses a microscopic diamond stylus mounted in a hair-thin cantilever that moves an infinitesimal “motor” assembly inside the cartridge body, creating a signal whose variable output is amplified by the phono preamp.

The PD-151 Mk2 is the latest turntable in the Luxman lineup.  Luxman

Moving-coil cartridges, which have a lower output than moving-magnet versions and other types, require intermediate amplification or a transformer to step up the output voltage sufficiently to drive the preamp. But there is little argument that for ultimate fidelity, a moving-coil design renders the optimum sound, as the entire mechanism has far less mass than a conventional moving-magnet cartridge and so extracts the information in the record’s grooves more accurately. Some vinylphiles collect cartridges, at often not inconsiderable expense, as moving coils range in cost from a few hundred dollars to nearly $20,000.

The Japanese, along with the Danish brand Ortofon and a few other European manufacturers, make the most highly regarded moving-coil cartridges, and now that Luxman is back in the game with its $2,695 LMC-5, record collectors have an exquisite choice at a price far from astronomical.

As for its sound? Universal references would be cartridges like the Denon DL-103, a moving-coil example introduced in 1962 and still produced today without any apologies. Neutral and articulate, it extracts reality from the grooves, with sound that is multiples of its $349 base price. So too does the stalwart Ortofon SPU series, which delivers profound bass with real meat on its bones. At either sonic extreme, these cartridges satisfy. But what about hearing the detail captured on recordings that render people, instruments and the recording venue in three dimensions?

Open and clear, with precise attack yet with ultimate refinement, the Luxman LMC-5 does just that. And for those seeking to add a remarkable moving-coil cartridge regardless of the deck, arm and electronics they use, the LMC-5 is a solid choice as the recorded source’s first point of contact.