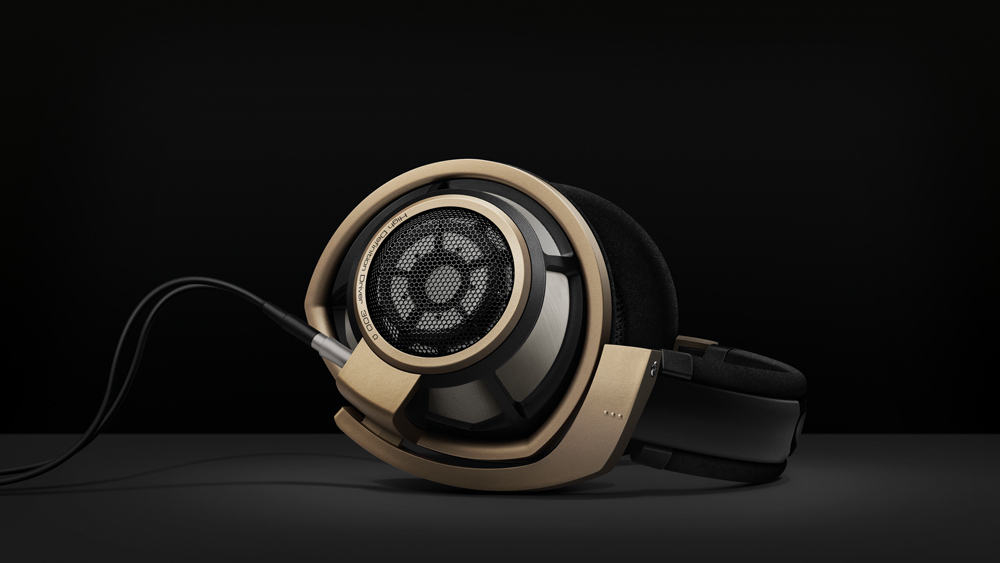 In recognition of 75 years since its founding, German audio specialist Sennheiser has released its special HD 800 S Anniversary Edition headphones. Limited to 750 examples, each bears a serial number on the headband and is priced at $1,700. Words like “classic” are rarely used when describing a consumer electronics product, where the crush of new models pushes last year’s gear off the end of the production line and into the discount bin. In this case, however, the adjective fits.

The HD 800 S has stood the test of time—remaining within the brand’s portfolio for years—for the simple reason that it’s nearly impossible to improve upon. Sennheiser, in the industry since 1945, continues to advance the headphone arts with everything from wireless to in-ear designs. But its flagship HD 800—apart from its otherworldly $59,000 HE 1 Orpheus headphone and amp combo—has been an audiophile reference since 2009. “Analytical” was the name of the original, and some listeners found the treble frequencies so articulate and etched as to make it somewhat fatiguing in the long haul. The HD 800 S, introduced about seven years later, ameliorated the top end and also added greater bass extension to the already formidable bottom-end resolution.

The Sennheisers’ build quality suggests a fine laboratory instrument. Manufactured in Wedemark, Germany, these ’phones have a substance, look and feel more akin to a precision device developed for professional use than an ephemeral electronics product that passes from the user, to their children, and finally to Goodwill. The main housing—yoke, shell and décor ring that contain left and right drivers—is formed from a glass-fiber-strengthened plastic used in aerospace that is stiff and light. The armature appears to have been machined from a featherweight alloy and is finished in a matte gold/bronze that just plain looks like money. These elements contrast with the black headband and transducer framework to arrive at a very sophisticated piece of industrial design.

Comfort is crucial to the long-term enjoyment of any headphone, and here the big Sennheisers excel. The circumaural earpads sit against the head, not the ears, and are made of a soft, vegan-based black velour. Unlike leather or synthetic-leather earpads, which can cause the wearer to sweat after prolonged listening, the velour breathes. Fine stainless-steel mesh backs the transducer framework, and it’s only here that users need to exercise caution so as to not dent or deform the delicate silver metal with a misplaced poke of the finger. A black grill with a more robust mesh pattern directly covers the rear of each transducer and makes the HD 800 S a true open-back design.

The tactile rewards of holding and wearing the Sennheisers is only surpassed by the sonic pleasures derived from listening to them. Sound comes from a 56 mm diameter ring-radiator that Sennheiser claims is the largest transducer used in a dynamic headphone. Imaging is its strength and detail retrieval is exacting. With the HD 800 S, one dives deep into the recording venue. Every whack of the drum kit is rendered with tangible percussive energy, and only those on a diet of bottom-octave bass may go to bed a little hungry.

Only 75 examples will be made, each priced at $1,700.  Photo: Courtesy of Sennheiser Electronics GmbH & Co. KG.

Equipment synergy is important, and performance will depend on what powers these headphones, as the HD 800 S has a 300 Ohm impedance, which means that portable devices and laptops are decidedly not up to the challenge of driving them with any authority, any more than a V-12 supercar deserves to run on 88 octane fuel. A quality digital source or vinyl rig into a dedicated headphone amp like Sennheiser’s own HDV 820 DAC/amplifier ($2,400) or well-designed circuit within a preamp/integrated is key to extracting reference-level sound. Most listening was done via the front-panel jack of the excellent NAD Masters M32 and M33 integrated amps.

As a dedicated headphone user since the mid-1970s, I’ve bought a lot of them, mostly gravitating to electrostatics for their transparency, ultra-high resolution and lightning-fast transient response. I’ve even added oddballs like the Ergo AMT to bring some variety to the mix. But all these planar drivers struggle to reproduce bass frequencies with the sense of weight, slam and authority that the Sennheiser HD 800 S does—all without breaking a sweat—which is why I have used a pair for the occasional rock-and-roll reality check, as well as for large-scale orchestral and heavy-hitting jazz, since 2016.

These are supremely satisfying headphones. And the convenience of stabbing a 1/4-inch RCA plug into a jack eschews the dedicated amplification required by electrostatics, where even the simplest systems add another box, power cord and interconnects. Sometimes, one just wants to get on with the listening. That said, the Sennheiser HD 800 S remain my reference dynamic headphones. The Anniversary Edition, which I have been enjoying for nearly a month (and will be returned to the manufacturer soon) offer identical performance but with a new luxury look, and are recommended without hesitation to listeners seeking an easy-to-use reference headphone that just happens to be a classic.