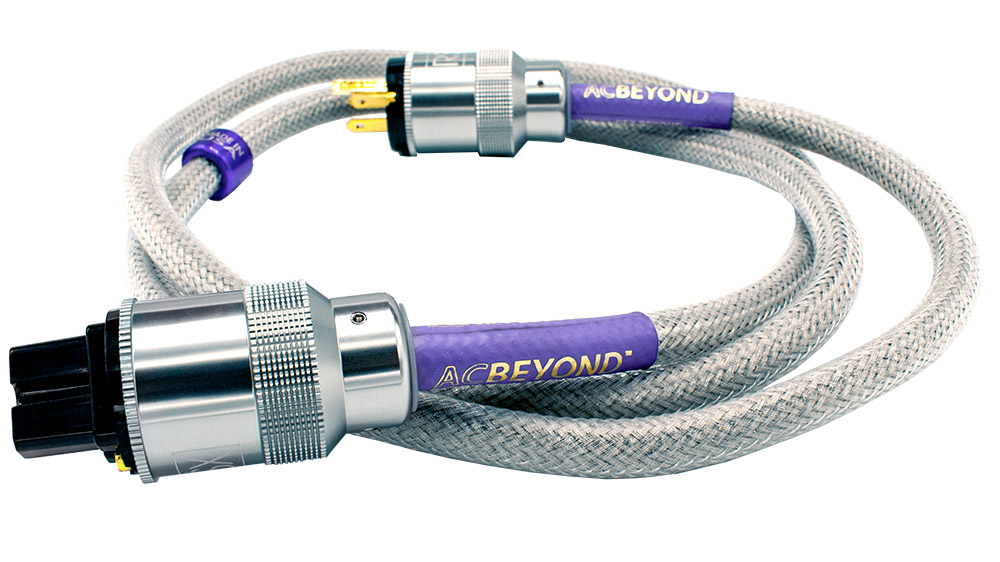 No subject in the world of audio is laced with greater contention than a discussion about cables. Those who hear improvements in their sound system wrought by costly cables are often ridiculed by technically orthodox types who claim that all cables with similar specifications must sound alike. Which is a bit like saying that because two wines are made from fruit in adjacent vineyards, blending the same percentages of varietals, with the same fermentation process, registering the same alcohol levels and brix, they’ll taste approximately the same.

And while I don’t subscribe to the “more-expensive-is-better” camp when it comes to audio equipment, there is no question that a cable budget for a high-end sound system might account for as much as 25 percent of the outlay. Between interconnects, speaker cables and AC cords, it’s not hard to do, especially with a system comprised of multiple source components, preamp and power amps.

One newcomer to the cable arena isn’t really a newcomer at all. Respected in the industry for nearly three decades as the founder of the XLO Electric brand, Roger Skoff has laid down the gauntlet in the high-end cable ring with his all-new RSX Technologies cables. Ordinarily, I wouldn’t discuss politics, religion or audio cables among the non-converted, but the improvements the RSX phono and power cords deliver are tangible, dramatic and stunningly transformative to the listening experience.

It’s often assumed that phono cable and line-level interconnects share equal challenges, but not so: phono cables have the tougher job. Carrying the most fragile and low-level signal transmission in the audio chain, the phono cable takes the cartridge output through the tonearm and into the phono preamp. It is along this low-output journey—with signal levels often at mere fractions of a millivolt—that inner detail and micro-dynamics get lost, and it’s here that the RSX phono cables shine. RSX makes three models: Prime, from $1,250; Max, from $1,850; and Beyond, from $3,150. All employ proprietary designs for the copper conductors, dielectric (insulation) and connectors, With the Max phono cables, the music is crystalline and pure. Installing them makes it—perhaps for the first time—easy to see why some of those eye-wateringly expensive moving-coil phono cartridges are worth their price. The cable simply lets you hear “more.” Listeners will have to determine for themselves where diminishing returns kick in: Prime is so far ahead of the cable curve, Max is half again better, while Beyond is imminently defensible for music lovers who want to extract the last drop of detail and resolution from their state-of-the-art system.

AC power cords start some really contentious conversations. After all, how could the quality of 60 Hz alternating current powering a component like a preamp or an amp possibly affect the sound that comes out of speakers? Again, the RSX power cords allow electronics—amps especially—to do something uncanny by reducing the noise floor—the noise underlying the audio signal generated by the component that compromises the clarity and resolution of the music. The result is what some listeners call “blackness between notes,” while soundstage depth, when present on the recording, is greatly enhanced. Like the phono series, RSX offers three models of AC power cords: Prime (from $925), Max (from $1,350) and Beyond (from $2,250). Again, the Max checks all the boxes and, truth be told, makes it hard to believe that there’s another rung on the upgrade ladder. As they say at the Passover Seder; “It would have been sufficient.”

For cable doubters, the new crop of cables from RSX Technologies offer a practical demonstration in how somethings as seemingly simple as “wires” can make such a wholesale difference in the sound of an already great system.