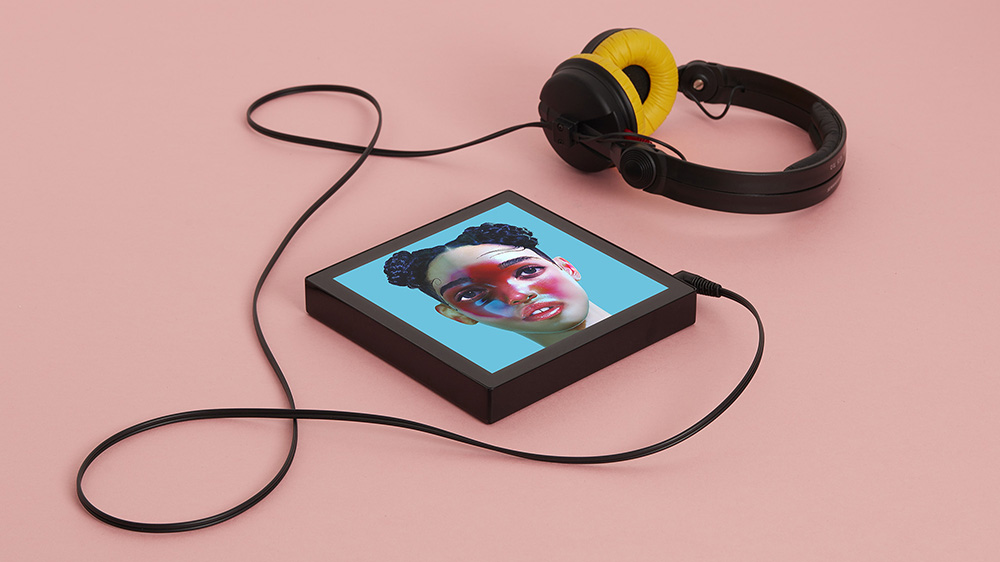 The music listening experience has changed radically this century thanks to MP3s and smartphones. But a new high-res music player is hoping to turn back the clock—to a time when an LP’s cover art could be as provocative as the music itself.

Musician and graphic designer Tom Vek has just launched an IndieGoGo campaign for Sleevenote, a new device that aims to recenter the listening experience around actual albums. The device does this by putting renewed focus on album art and booklets with a giant custom-made touchscreen display.

As convenient as iPods and iPhones may be, their portable size has reduced album art to a miniscule thumbnail. The 6.2-inch, square-shaped Sleevenote corrects this with by blowing up that art so that it’s bigger than a CD case but slightly smaller than a seven-inch record sleeve. But there’s more to album art that just the cover. The music player will also allow you to flip through a digital booklet, read liner notes  and even select tracks from the back cover. As anyone who grew up with vinyl records or CDs will tell you, this is one of the best ways to really soak in an album.

“Album artwork is one of the most celebrated and accessible forms of visual art,” the campaign’s launch video states. “But we aren’t seeing it all with our digital music. Sleevenote is the product and platform to bring you the full album art experience—a dedicated device for enjoying music with extra artwork and without distraction.”

While the the large touchscreen display is the device’s main selling point, there’s a lot to like about the sound it produces. This is a premium music player through and through, with a Cirrus HQ Digital Audio Converter, Wolfson Class W headphone amplifier, WiFi and Bluetooth connectivity, dedicated music control buttons and 256 GB of storage (roughly the equivalent of 3,000 albums), according to the campaign page. And while the device is made to be used with the Sleevenote app, it can also be connected to Apple Music, Spotify and Bandcamp.

Vek’s campaign has a funding goal of $655,655, which would allow it to produce at least 1,000 Sleevenotes. If you’d like to claim one of your own, they’re available for a pledge of $703 or more. Deliveries are expected to begin next fall.