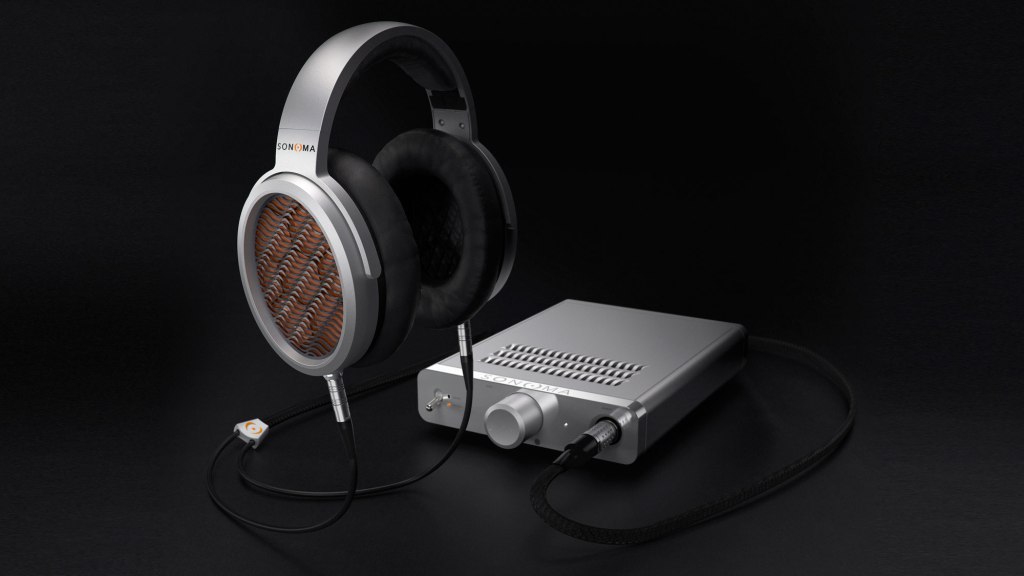 I first had a chance to listen to the Sonoma Acoustics Model One at the CanJam SoCal headphone show in Los Angeles in April. And while I was certainly impressed with what I heard, the floor of a tradeshow is never an ideal listening environment—especially for a pair of open-backed electrostatic headphones. So, when Sonoma gave me the opportunity to get my hands on them for extended testing, I leapt at the chance.

Though the Model One is Sonoma Acoustic’s first consumer product, the brand has an impressive pedigree. At the turn of the millennium, Sony and Philips and their SACD technology were engaged in a format war with DVD-A for the future of high-resolution audio media. Key to SACD’s quality was its incorporation of a new encoding format called Direct Stream Digital (DSD), but the hardware required to record and edit music in the format simply did not exist at the time. To address the issue, Sony brought together an audio engineering skunkworks to create the world’s first multi-channel DSD recording system, which was eventually dubbed the Sonoma Workstation.

More than a decade and a half later, the Sonoma team is once again at the vanguard of digital audio technology. Unlike standard electrostatic headphones (which use two charged metal grids to drive a thin conductive membrane to produce sound), the Model Ones are the world’s first headphones to incorporate the single-sided High Precision Electrostatic Laminate (HPEL) transducer developed by U.K. company Warwick Audio Technologies. The HPEL utilizes an ultra-lightweight, 15-nanometer-thick laminated film driven from one side by a single charged mesh grid—meaning there is no opposing grid through which the sound generated by the film has to pass before reaching the ear.

In practice, this translates to increased clarity and linearity, and allows truly impressive reproduction of sonic detailing. Each conscript in the army of instruments making up the “wall of sound” prevalent throughout the Beach Boys’ Pet Sounds comes through with impressive distinction, and previously inaudible breathes and strokes of the pick against guitar strings emerge from Nirvana’s MTV Unplugged in New York. The soundstage created by the Model One is equally impressive, immersing its listener in the experience rather than just projecting sound at them. By their nature, electrostatic headphones don’t deliver the sort of bass that will rattle your teeth loose, but even so, the Model One is still quite capable at the low end (bottoming out at 10 Hz) and an absolute joy at the higher frequencies (up to 60 kHz).

The cans’ ear cups are constructed from magnesium, which is strong and rigid yet extremely lightweight. That ensures the headphones remain comfortable during extended listening sessions. Their supple sheepskin-leather ear and headband pads also help mitigate any discomfort that might disengage the listener from the experience. On more than one occasion, my intended quick listening sessions unwittingly slipped into multi-hour marathons.

The $5,000 Model One headphones come paired with a combined amp and digital-to-analog converter that is not overly large, but certainly restricts the system’s portability. Make no mistake: These headphones are intended for lounge-chair listening—perhaps while nursing a favored cocktail. And while the Sonoma Acoustics Model One may not achieve quite the same levels of auditory transcendence as the $55,000 Sennheiser Orpheus or $50,000 HiFiMan Shangri-La (one of this year’s Best of the Best winners) electrostatics, it offers a truly impressive listening experience at a price well below what one would expect to pay for such a capable system.