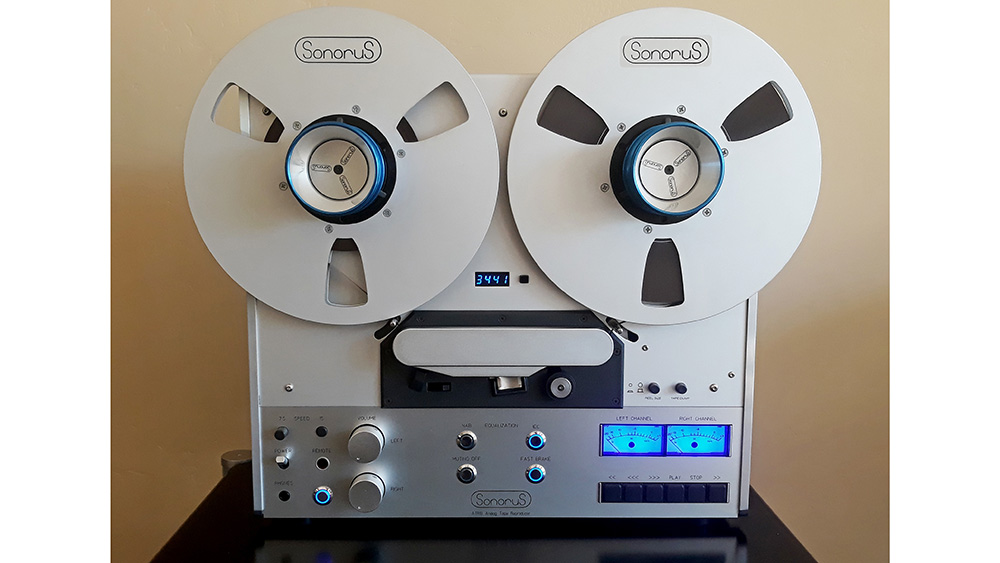 Check out a spy movie from the 1960s or ’70s, and chances are the hero’s bachelor pad is furnished with an impressive stereo system featuring an analog tape deck. No other piece of hi-fi gear has as much sultry sex appeal as a slow-rolling reel-to-reel. The Sonorus Audio ATR10 Analog Tape Reproducer, with its two giant spools of quarter-inch magnetic tape and softly illuminated VU meters wagging to the music, is once again the preferred machine for delivering uncompromised music reproduction. While the digital revolution made the tape deck—and the LP turntable—nearly extinct, true believers have always known that no storage media rivals reel-to-reel for fidelity, dynamic range and pure realism. In fact, audiophiles are witnessing a sort of tape revival. And even though companies renowned for making the best machines are no longer doing so—or are simply out of business—a few specialty manufacturers are rebuilding classic decks, the most ambitious of which include entirely reengineered electronics.

Sonorus Audio’s version is based on the Revox PR99 chassis, with a mechanical transport using original Studer/Revox components, among the finest machines made for professional recording studios and serious consumer systems. Electronics for the tape drive, power supplies and audio-playback amplifiers are all new. The system also features vacuum tubes, which enhance the already unprecedented dynamic range for which tape is capable.

Starting at $17,500, the ATR10 is a playback-only device that accommodates two-track tape, which runs at speeds of 15 and 7.5 inches per second. The best sound comes from the fastest playback, and companies like the Tape Project offer a catalog of exceptional (though expensive, at about $450 per album) direct copies from master tapes by an assortment of classical, jazz and roots artists.