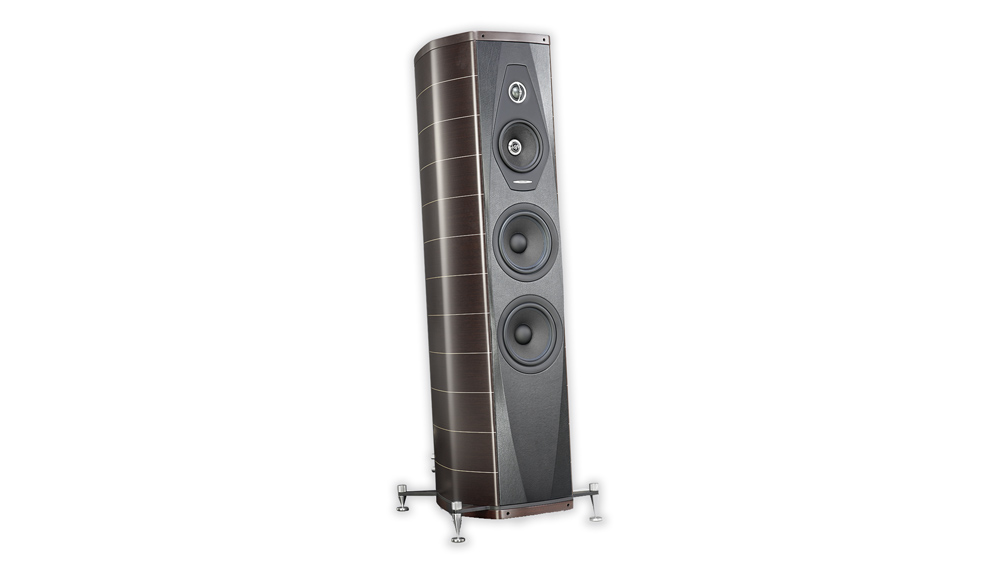 The Italians make great speakers. At least, that’s something you might conclude after spending some time with products that come from high-end audio brand Sonus Faber. The popular luxury audio brand has been making great strides with their inspired product line for the past 5 years.

Sonus Faber turned a corner when it began modeling loudspeakers after musical instrument designs, which created the sense that the listener owned something of true craftsmanship. Moreover, the designs became more organic to the music they produced.

The popular Olympica line of loudspeakers has been available for several years, but only in walnut and piano black with leather accents. Now the venerable Italian brand has announced the flagship of the line, the Olympica III, is available in a beautiful Wenge wood finish.

The Olympica III sits at the top of the loudspeaker line. It’s a floorstanding model that weighs in at roughly 100 pounds each. As a part of the 3-way design, it includes a 29mm “arrow dome” tweeter that features a spike protruding prominently from the center. This allows high frequencies better dispersion throughout the room, as they are produced with less distortion. They also include two 180mm woofers. The loudspeakers are designed to work with amplifiers that produce between 50-300 watts of power.

The Olympica III is part of a full suite of speakers designed to meet a variety of needs, including bookshelf speakers for smaller-scale listening as well as a center channel for home theater use. All products in the lineup feature natural bull leather on top, and an asymmetrical cabinet designed to eliminate sound distortion created by parallel walls. The Olympica III is the first product in the lineup to get the Wenge wood treatment, which is a dark, rich wood tone that offers sharp contrast to the black leather accents. The sheer beauty of Sonus Faber speakers often appeals to audiophiles and designers alike.

For listening demos of the $13,500 speakers in Wenge finish, interested listeners can reach out to Sonus Faber dealers worldwide.