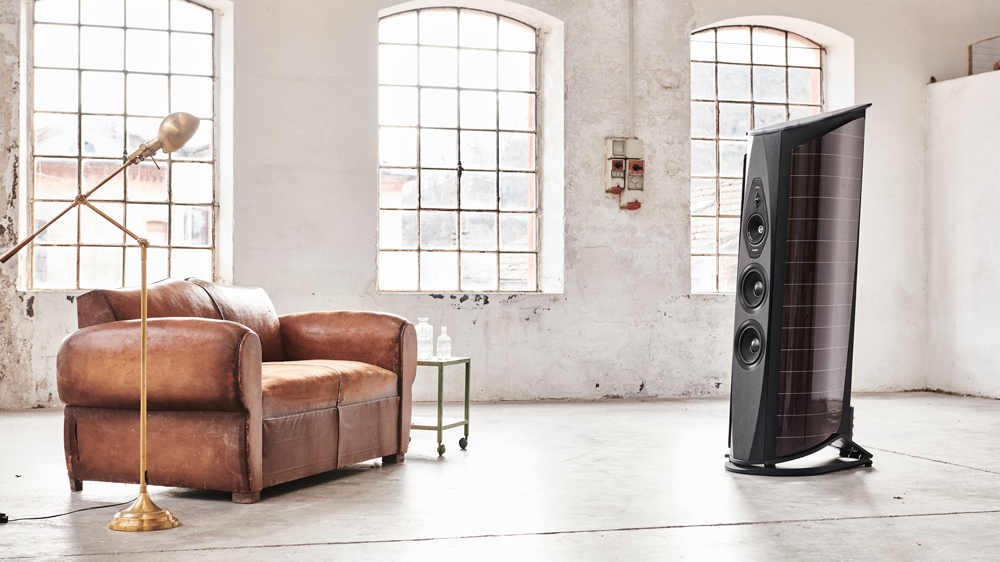 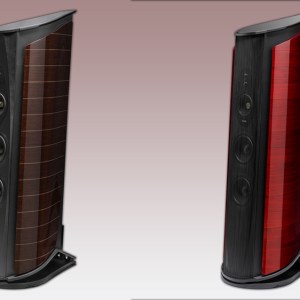 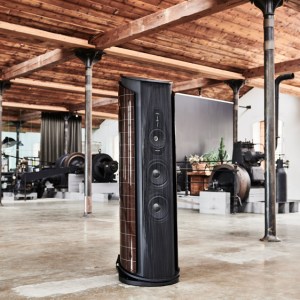 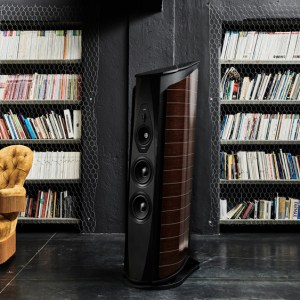 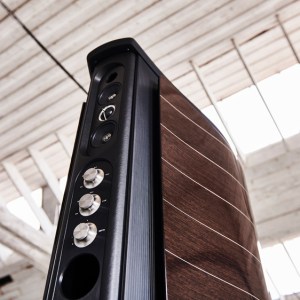 The Sonus Faber Aida floor-standing speaker was a hit when it was released in 2011—even taking home a Best of the Best award. Six years later, the Italian audio brand has revisited its flagship speaker, introducing a new version of the Aida that resembles its predecessor from the outside, but contains a completely new driver system.

The new Aida benefits from cutting-edge technology borrowed from other recent Sonus Faber speakers, such as the silk-domed “Arrow Point” Damped Apex Dome tweeter, which was introduced with the 2016 Lilium and featured recently in the Homage Tradition collection. The tweeter is joined by a pair of midrange drivers that Sonus Faber calls the most advanced in its catalog—another Lilium debut. The 7-inch midrange drivers utilizes neodymium magnets and a custom diaphragm made from natural fibers, and its basket is machined from solid Avional and gunmetal, two materials whose combination eliminates mutual resonance. A pair of woofers and an infrasonic woofer round out the package, yielding providing a healthy dose of low-end performance. In all, the three-way system has a frequency response range of 18 Hz to 35 kHz.

Along with the new drivers, the speaker’s sound is made even sweeter thanks to its Stealth Ultraflex bass reflex system, tuned mass dampers, bow-spring suspension, and zero vibration system—all designed to eliminate vibrations and distortions that mar the listening experience. The new Aida’s cabinet shares the dual-curved “Lyra” shape of its predecessor and is constructed from special cross-grained Okoumè plywood.

Each speaker weighs about 364 pounds and stands over 5.5 feet tall. It is available with either a red or a wenge finish. The speaker will be released later this month; expect the price of a pair to be north of six figures.