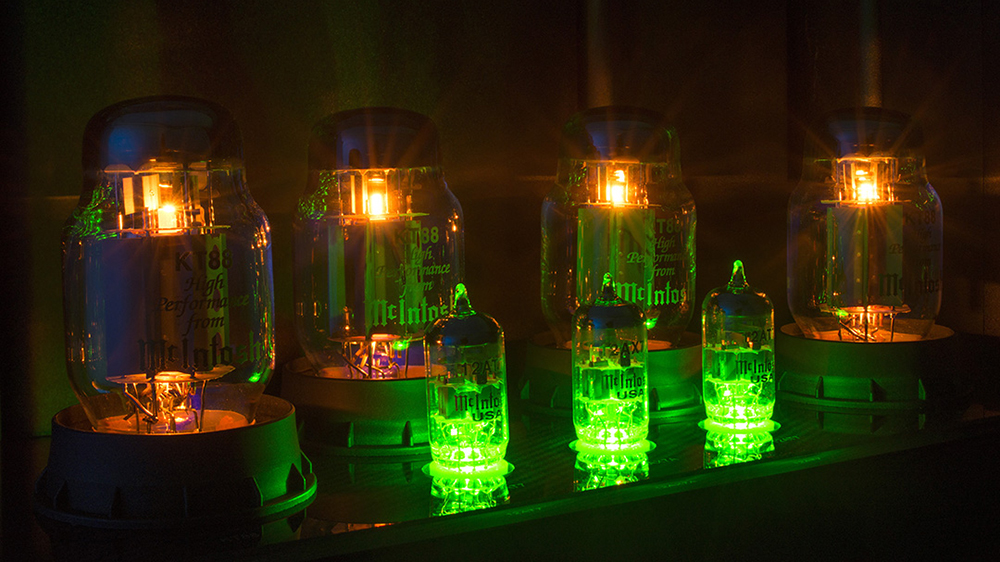 Prior to Bell Labs’ first working transistor in 1947, which ushered in the advent of semiconductor technology and the computer age, every long-distance telephone call, radio and television broadcast, radar signal and sound recording was made possible only through the ubiquitous vacuum tube. Developed from the electric light bulb in the first decade of the 20th century, vacuum tubes were largely relegated to surplus stores by the 1960s—but even today they remain essential in industrial applications such as particle accelerators, MRI scanners and even microwave ovens.

This amplification device also endures in music recording and reproduction, where tubes are championed by some designers, musicians and listeners for their sonic charms—ample enough to cause some to forswear the transistor amp forever. “The difference between tubes and transistors is like the difference between watching a widescreen 70 mm film print in a theater and a DVD on a home digital projector,” says Charles Whitener, CEO of tube-and-electronics manufacturer Western Electric in Rossville, Ga. “Music played through transistor electronics has a certain compression and thinness, while a vacuum-tube system has a voluptuous, musical soundstage with front-to-back depth. It’s lush, it’s real… it sounds human.”

Whitener is such a believer he bought the rights and technology to manufacture the long-defunct Western Electric 300B, the most famous audio tube of them all. Invented in 1938, it was made continuously for 50 years until AT&T, then owner of the brand, shut down the plant; production resumed only after Whitener’s acquisition a decade later. Amplifiers designed to utilize 300B tubes are low-powered and expensive but have legions of users who find their sound more natural, seductive and immersive than that of any other tube or transistor amplifier.

In addition to the rare 300B, there exist a great number of tube types. Electric-guitar amps, for example, routinely use vacuum tubes because their warm, engaging sonic signature can’t be duplicated by any transistorized amp. While American manufacturer Audio Research claims to have “brought back tubes” to high-end audio during the 1970s, McIntosh Laboratory, founded in 1949, patented its Unity Coupled Circuit Output Transformer technology that same year for use in its won’t-fade-away tube amps.

Today, McIntosh offers many dozens of solid-state components, but its MC275, designed in 1961 and now in its sixth generation, is regarded as one of the most iconic—and sweet sounding—ever made. “When [vacuum tubes] are asked to amplify a signal past their limits, they distort the music differently than an overloaded transistor does,” says Charlie Randall, president of McIntosh. “You can listen to a tube-based system for hours at a time and never want to turn it off. Audiophiles call that a lack of ‘listener fatigue.’ ”

Some Japanese designers have been vacuum-tube proponents all along, with acolytes around the world keeping their audio altars aglow with components from small companies such as Air Tight, Leben and Shindo, swearing by the sound and listening to nothing else. Perhaps the late Ken Shindo, whose famous bottle-green gear has achieved cult status among devotees, once stated it best: “They are tube amplifiers because we feel this is the most satisfying way to reproduce music.”