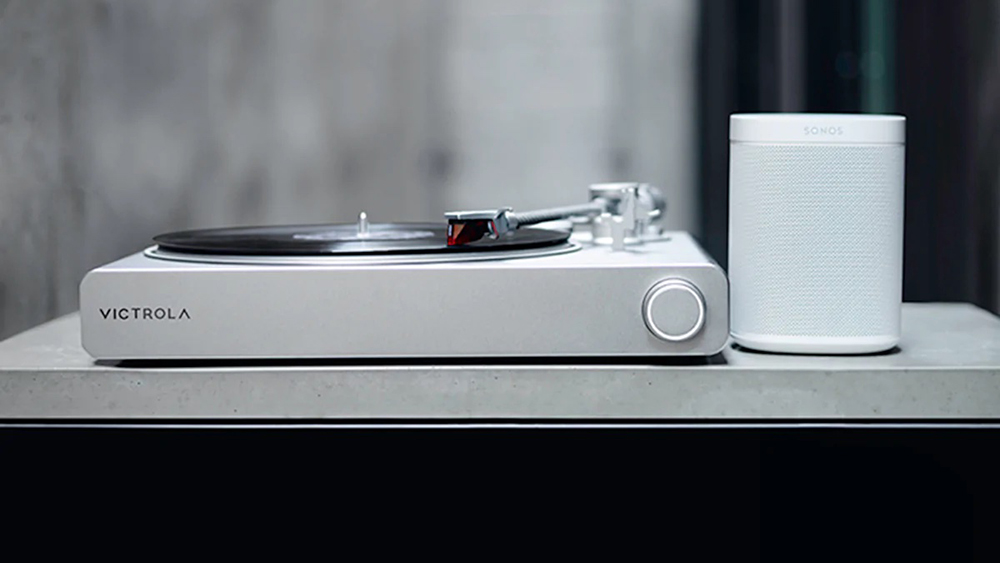 Victrola’s latest turntable, the Stream Carbon, is a beautiful piece of hardware that connects seamlessly to Sonos speakers via WiFi, CNET reported on Thursday. Because of that, the sound quality is much better than what you get when connecting your record player to speakers using Bluetooth.

The Stream Carbon, which is the first device to connect natively to the Sonos streaming platform, can play to any and all Sonos speakers without needing to be physically connected to a Sonos device first. Along with an Ethernet connection, the turntable also includes a stereo RCA output, so you can still use it even if you’re not a Sonos person.

As far as the Stream Carbon’s appearance is concerned, it’s just as streamlined as the turntable’s audio capabilities. The sleek design features a carbon-fiber tonearm, a removable aluminum headshell and an Ortofon 2M Red cartridge for crisp, clear sound. The body is made of low-resonance veneered MDF, and long rubber feet allow the entire system to appear as if it’s floating just above whatever surface it’s sitting on. This definitely isn’t your grandad’s old-school Dansette.

Setting up the record player requires the Victrola app, but once you’re ready to rock, the Sonos app can be used moving forward. And the illuminated control knob on the front of the turntable allows you to adjust the sound throughout your entire Sonos system. Basically, all you have to do is throw on your favorite 33 1/3 or 45, kick back and relax.

Victrola is now taking preorders for the $800 Stream Carbon, which is expected to ship around October 25. But if you miss out on this one, don’t fret: The company is making a whole new range of turntables, with the Stream Carbon being just the flagship. Those models will be announced at CES in January next year.