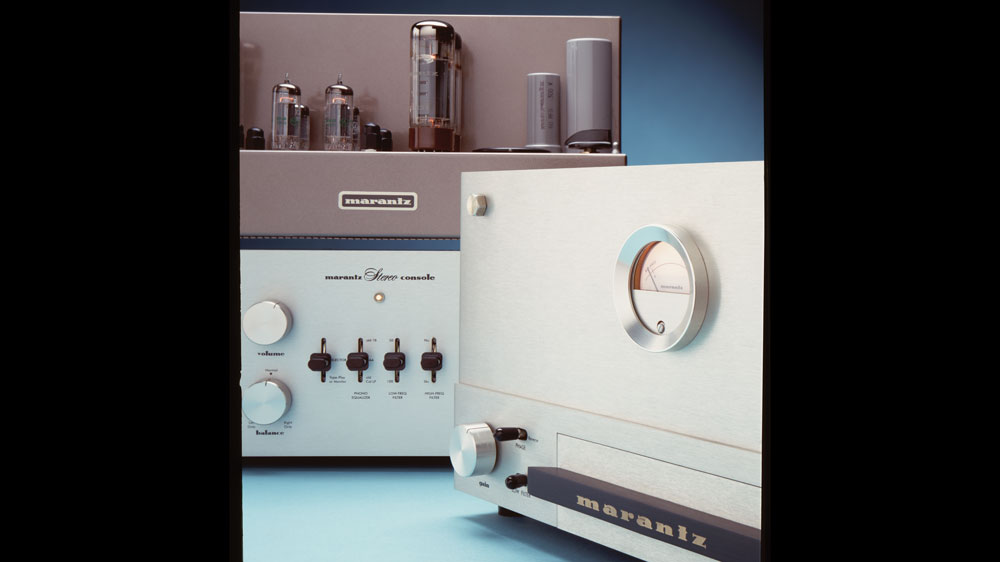 The year 1948 was a milestone for music, when the invention of the long-playing record raised the curtain on a new era of high-fidelity sound. The LP not only transformed the recording industry but also ushered in an era of incredible innovation in speaker and electronics design. Brands like JBL, Altec, Fisher, Scott, Garrard, McIntosh, and Quad soon became household names. But among these stars, Marantz—the man and his products—stand apart.

Born in New York City in 1911, Saul Marantz began as a graphic artist, but an interest in music and electronic design helped bring his first audio product to market in 1952. During the Golden Age of Stereo—the late 1950s through the early 1970s—two-channel stereo recording and playback challenged designers to achieve sonic excellence.
In the minds of audiophiles, the vacuum-​tube electronics that Marantz built during those decades are the stuff of legend.

Regarded even today as three of the most outstanding electronic components of all time, the Model 7 preamplifier, Model 8B stereo, and Model 9 monaural power amplifier defined the state of the art. They were designed by Sid Smith, who moved to New York to pursue a career in opera and was hired by Marantz in 1954 to be his company’s chief engineer.

The Model 10B FM tuner—created by Marantz, Smith, and Richard Sequerra, who joined Marantz in 1961—was even more advanced. Unfortunately, it was so expensive to produce that it ultimately put Marantz out of business, forcing a sale to Superscope. Other portents of doom loomed.

With the advent of solid-state technology, vacuum tubes were displaced by cheap, powerful transistorized electronics, and much of the magic was lost. Most sounded awful to purists, and it wasn’t until the next decade that a transistorized design was seriously considered by audiophiles. Then and now, Marantz vacuum-tube components are prized for their richly textured, emotionally involving sound. A worldwide collector market—​especially in Japan—is a testament to the enduring legacy of these eternally youthful designs.

Saul Marantz invents the Audio Consolette preamp. Built in his home in Kew Gardens, N.Y., it sells for $153. A wooden cabinet costs $12.50.

The Model 8 stereo amplifier—soon to be replaced by the Model 8B in 1961—makes an impressive 35 watts per channel.

The Model 9 monaural amplifier is a 65-pound monster, delivering 70 watts continuous and 140 peak—huge power for its day.

Stereo FM broadcasting is in full swing, and Marantz raises the bar with a $650 FM tuner called the Model 10 (later 10B).

Marantz is acquired by Superscope, Inc.

The limited Classic Series Models 7, 8B, and 9 are built to exacting original specifications by the Valve Amplification Company.

Marantz Japan Inc. acquires the brand and continues to build top-tier electronics, many for the Japanese audiophile market.