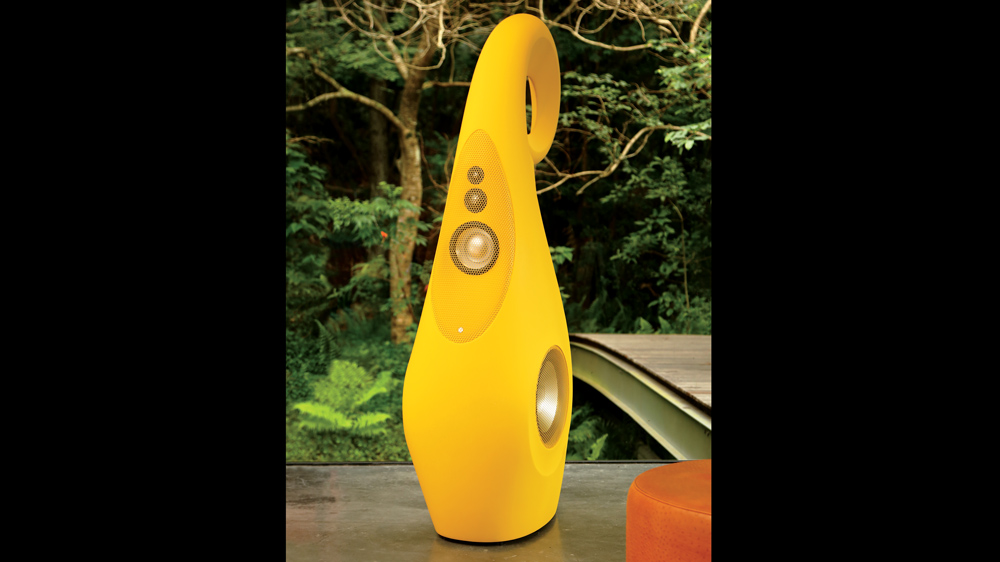 A new addition to the growing ranks of six-figure loudspeakers is the Vivid Audio Giya G1 Spirit: It’s priced at $102,000 for any single-tone paint finish ($93,000 in pearl white or piano black). The Spirit evolved from the Giya G1, which debuted in 2008 and turned the audiophile community on its collective ear with an organic form in service of state-of-the-art sound. Laurence Dickie, the chief designer for Vivid Audio, first introduced the concept of a gastropod-​inspired cabinet in 1994 with the Bowers & Wilkins Nautilus, a sonic and artistic breakthrough of its day.

The neutral sonic signature of the Giya G1 Spirit begins with a cabinet made of fiber-reinforced plastic resin that is much lighter and stiffer than conventional cabinets and shaped to eliminate resonances and distortion artifacts. Each speaker stands 63 inches tall, weighs 190 pounds, and employs five all-new drivers—hand-built at the Vivid factory in South Africa—that reproduce every delicate nuance of recordings. Together they create a huge and lifelike soundstage without any strain or distortion, even at extremely high volumes. The redesigned woofers handle twice as much power as the Giya G1 and deliver massive bass slam. The Spirit presents an easy amplifier load, but each woofer handles 1,600 watts on peaks and sings when powered by one of the big amps that are typically matched with a loudspeaker of this caliber.